A 32years old man who is from Cross River, Aboh Ogechi, who resides in lawanson, Surulere, Lagos is reported to have died after he commented suicide in the presence of his mother. 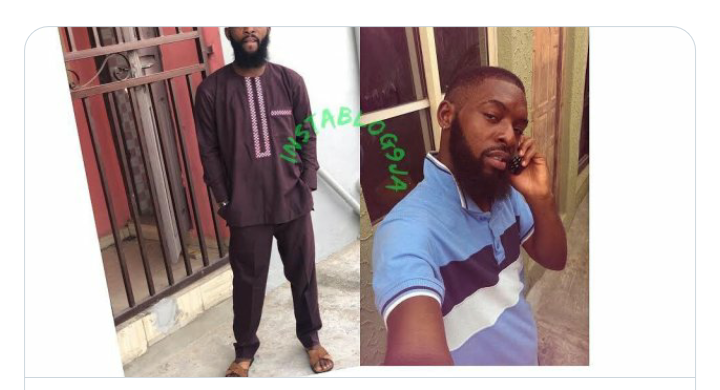 This happened on Friday 17 July in his residence in Surulere, Lagos

He reportedly to have drank poison, this comes to known to his mother after he started convulsing, he was quick rushed to a nearby hospital before he was pronounced dead by the doctor.

When investigating on what could have led him to such act, one of his friends said; non of us know if anything is wrong with him, or he is planning to do such act.

Categorically, no one can say this is exactly why he committed suicide in front of his mother, but it seems it's because of a lady.

Ok life goes now, I hate it when people commit suicide and if you hear reasons you'll be angry have been dere but I held God I saw my loved ones, infact 🚶🚶🚶🚶

My dear, kindly not think of it that way. The mind is so powerful - what bothers u may be trivial to someone else. Depression is real, and people vary in strength in handling it. If only detected on time, tons of encouragement and pschotherapy could do it. It's not their wish.

I feel it's only betrayals that commit suicide, it's nothing about mental health, when Judas betrayed Jesus he wasn't mental its was him being guilty,if you read your Bible well you'll under but we are of the world, wat do you expect

Damn this dude is heartless how does he expects his mother to go through this trauma. I'm not a woman but I hope she doesn't due of hbp

This guy was suppose to be somebodys husband o.

After which quantity of male is not up to half of the woman,

Out of the few,

some are physically challenge

Some are in the prison etc

So sad. Why. What could happened for him to have chosen to commit suicide. May his soul RIP and may the Good Lord comfort his mother. 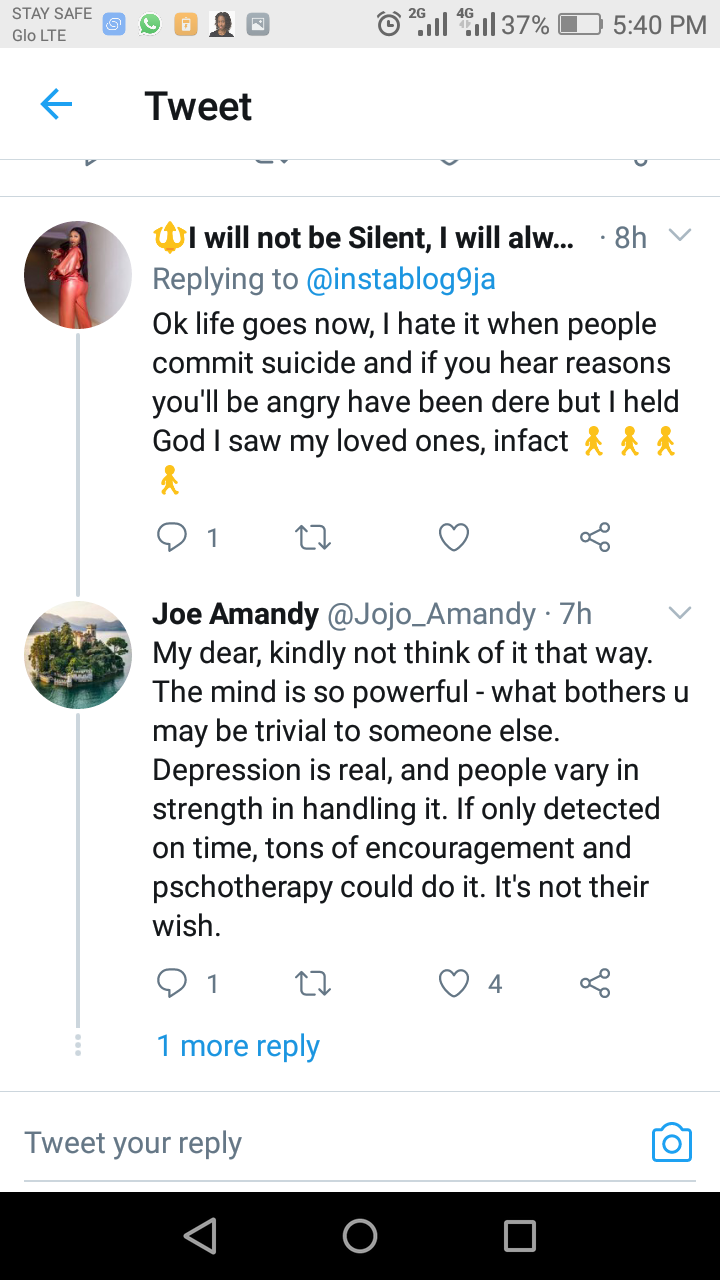 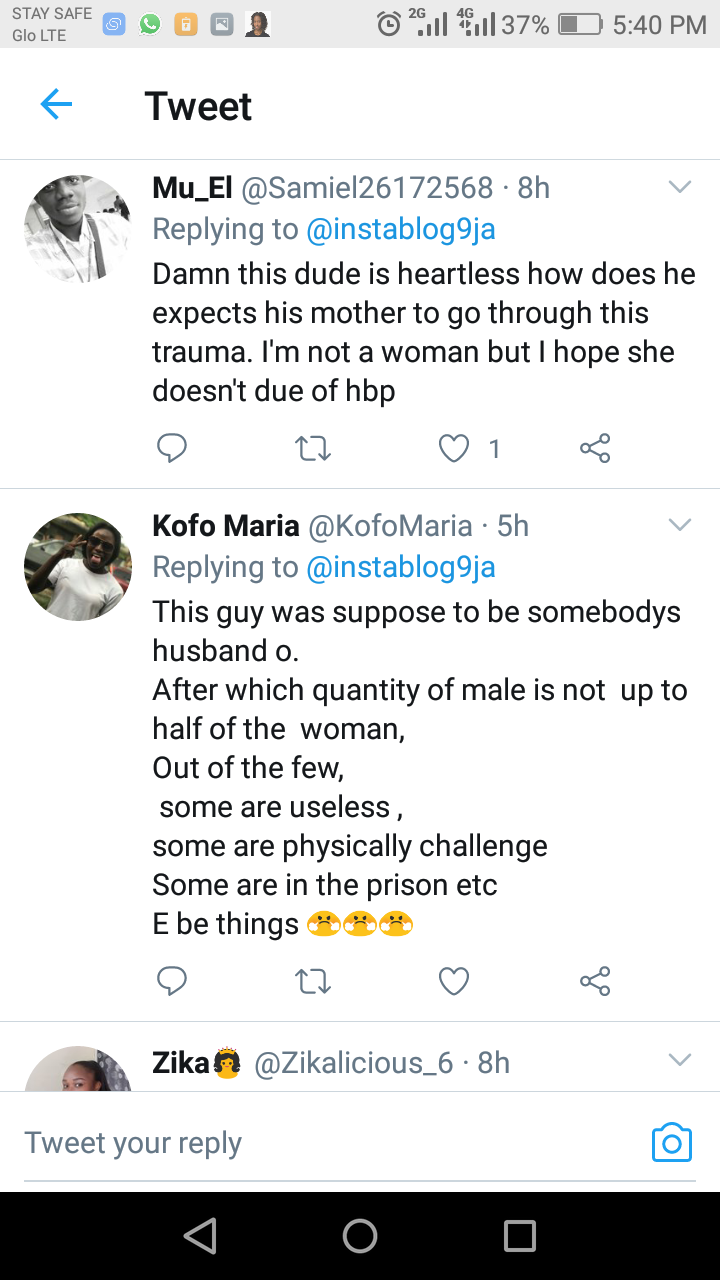 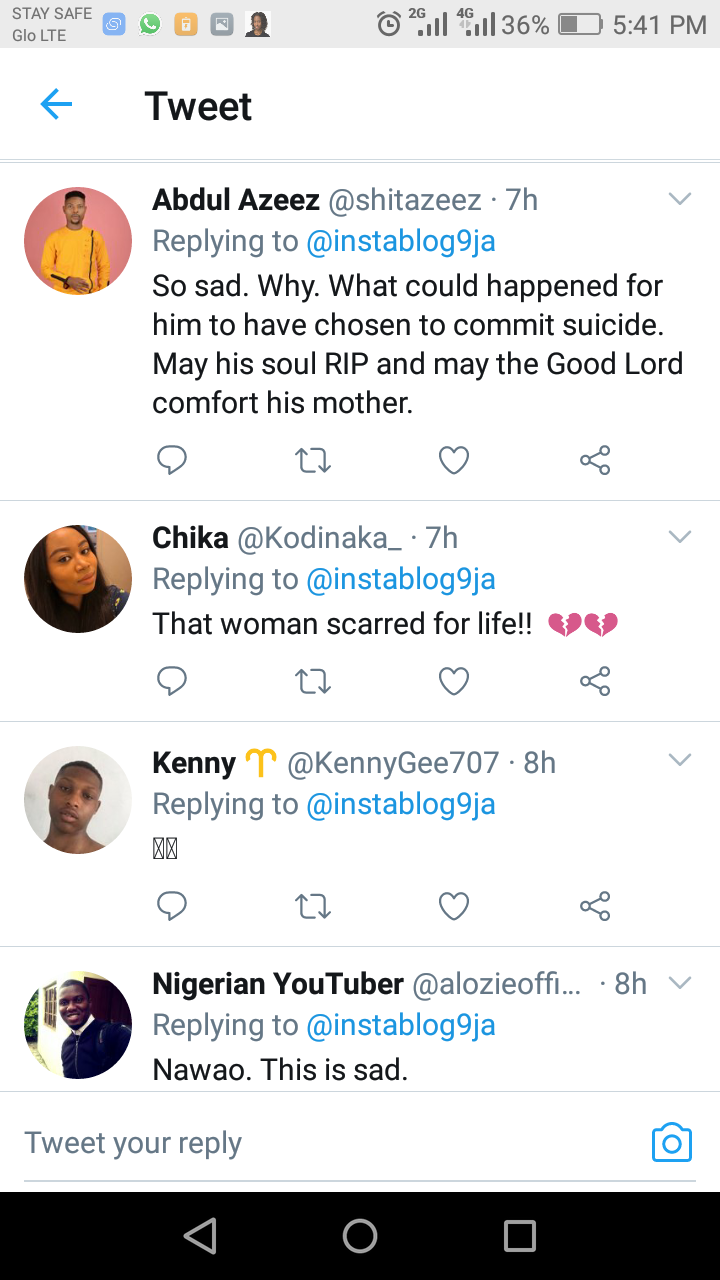 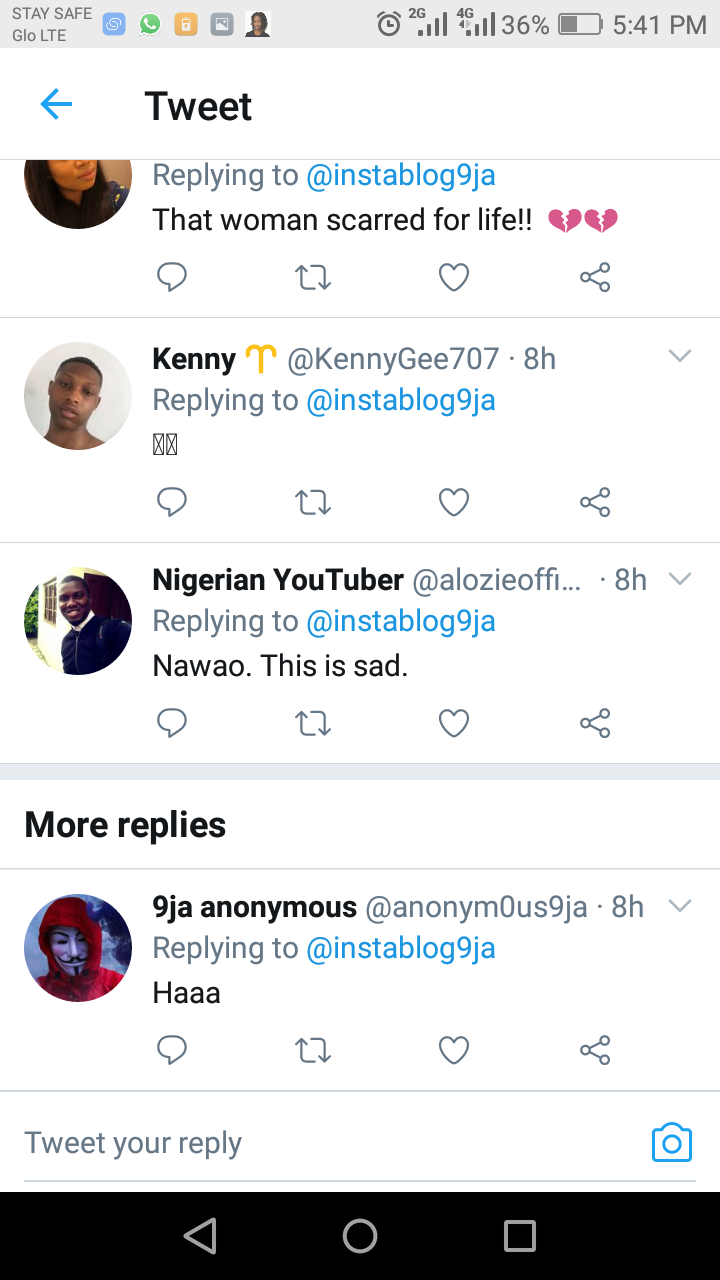 What do you think could happen to him ?

Did you think it could truly be because of a lady ? Drop your comment below