By Usualtalks (self media writer) | 1 month ago

The 16 greatest cities in human history, from ancient Jericho to modern Tokyo.

Cities have played a crucial role in human development for more than 9,000 years.

From Jericho, the oldest known city in the world, to Tokyo, the largest city today, cities have served as centers for commerce, technology, education, and culture.

We looked at data spanning thousands of years to compile this list of the greatest cities of all time. Although determining the exact population of ancient cities is not an easy task, we used research from historians Tertius Chandler and Gerald Fox in their book “3,000 years of urban growth" and political scientist George Modelski's 2003 book “world cities -3,000 to 2,000.”

The numbers were drawn from the size of a city's military in peacetime and in war, household data, agricultural commerce, church records, fortification sizes, food distribution, loss of life in a disaster, and city comparisons.

Here are the 16 greatest cities in human history: 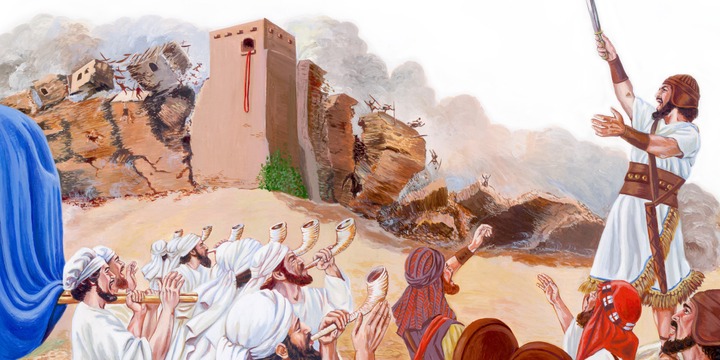 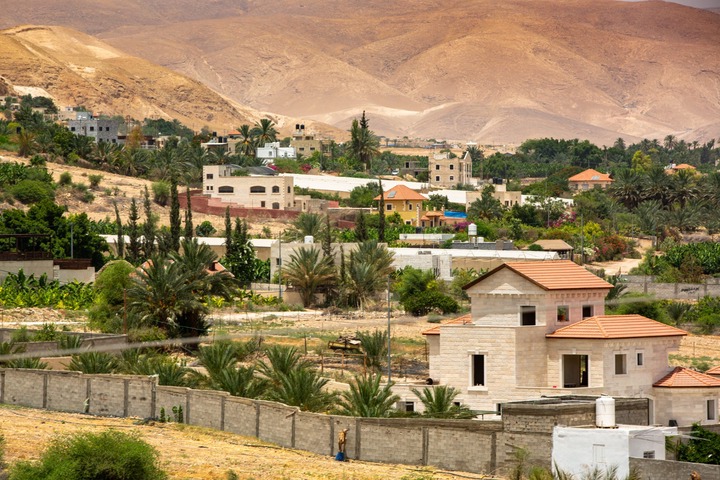 Jericho may be the oldest continually occupied spot in the world, with settlements dating to 9,000 BC.

The city, nestled between the Dead Sea and Mt. Nebo, had natural irrigation from the Jordan River and the best known oasis in the region.

The springs allowed residents to grow the highly lucrative opobalsamum plant, which produced the most expensive oil in the ancient world.

At the dawn of the earth's prehistory, the residents of Jericho enjoyed architecture that included a religious shrine and painted skulls that made up the first ever attempt at portraiture. 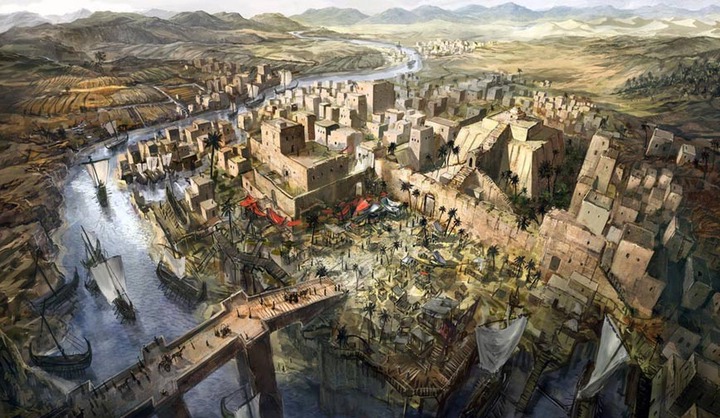 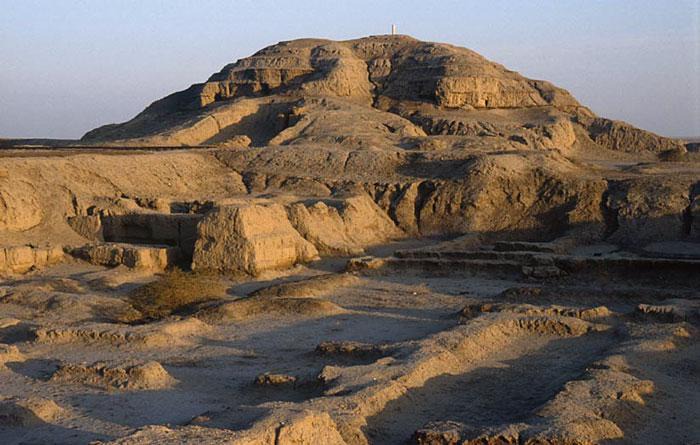 Some believe Uruk to be the biblical city of Erech; the second city built by King Nimrod in the Book of Genesis.

The domestication of grain and its close proximity to the Euphrates River allowed Uruk's harvest to swell, leading to trade, advancements in writing, and specialized crafts.

Excavation in the region is difficult because older buildings were recycled into newer buildings throughout the ages.

Located between the Tigris and the Euphrates, Uruk went on to become part of Mesopotamia meaning "land between rivers." 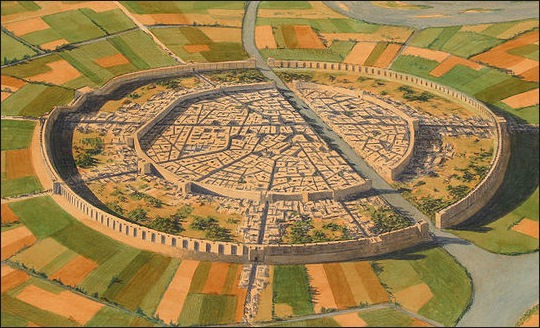 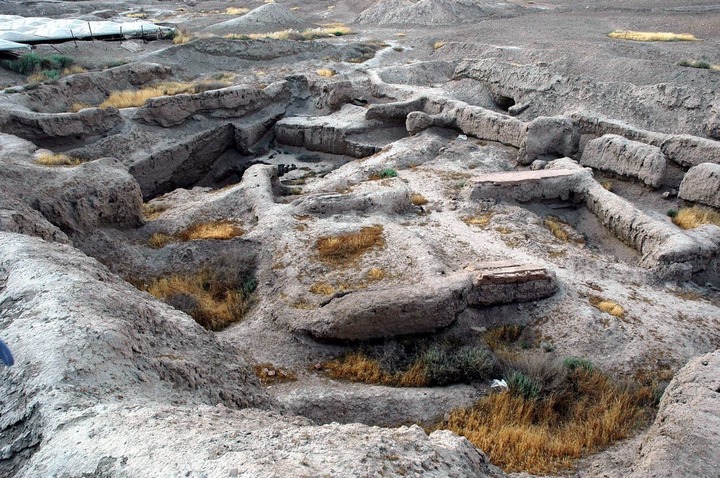 Mari was the robust trade capital of Mesopotamia. Located in present-day Syria, the city was central in moving stone, timber, agricultural goods and pottery throughout the region.

Mari's government swelled along with its economy in the second century BC, and in the 1930's a French archaeologist discovered 25,000 tablets written in an extinct language called Akkadian.

Most were municipal documents, economic reports and census rolls — a third were personal letters.

The discovery changed our understanding of the ancient Near East. 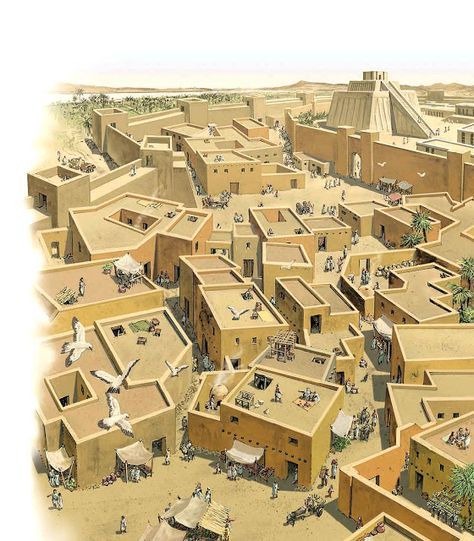 In 2100 BC, Ur was rich. The Mesopotamian city held huge amounts of luxury items crafted from precious metals and semi-precious stones imported from throughout the known world.

Many consider Ur to be the city of Ur Kasdim mentioned in the Book of Genesis, birthplace of Abraham, mentioned four times in the Tora. The city was located in modern-day Iraq.

Because of possible drought, or changing river patterns, Ur was no longer inhabited after 500 BC.

Due to the sanctity for which Ur was renowned, in the years that followed, people throughout the region brought their dead to rest in the abandoned city. When archaeologists began sincere excavations in the mid 1850s, they discovered an immense necropolis, or city of the dead.

Today, Ur lives on in our language — the prefix "ur-" is used to mean the earliest version of something, like in the word "urtext." 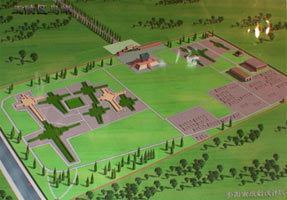 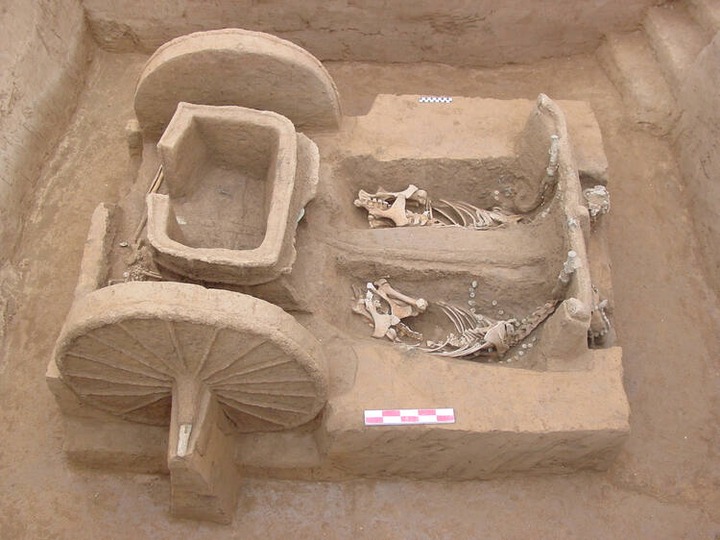 Yinxu is known for its immense deposits of Oracle Bones, which contain the earliest form of Chinese writing.

Pieces of ox bone and tortoise shell were inscribed using a bronze pin, heated until the bone cracked and then presented for divination.

Later when the tradition changed to ink and brush, entire genealogies and city histories were written on the fragments and deposited in central pits.

Over the millennium, Chinese farmers would unearth the chips and sell them as "Dragon Bones," for use in traditional Chinese medicine.

The tortoise chips were used to treat malaria; the ox chips, knife wounds. 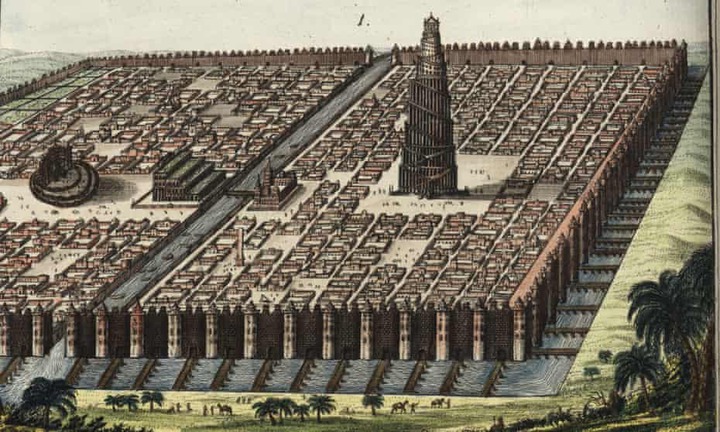 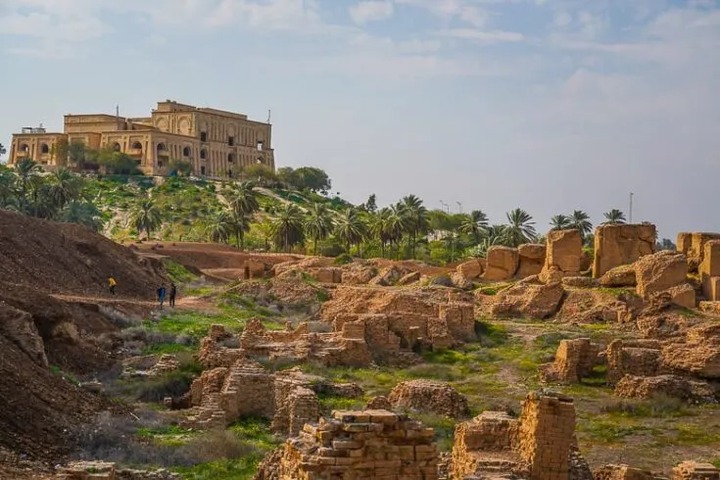 Babylon has an almost 4,000 year-old archaeological record and has encountered many setbacks with its excavation.

In 1983, Saddam Hussein started rebuilding on top of the old city and inscribed his name on most of the bricks used in construction, in the style of the Babylonian King Nebuchadnezzar.

More recently, the US occupation is decimating Babylonian relics as helipads and parking areas are carved out of the desert. Soldiers have been found removing relics, and the antiquities market is booming since the occupation.

Donny George, an Iraqi official in charge of antiquities said that the "mess will take decades to sort out." 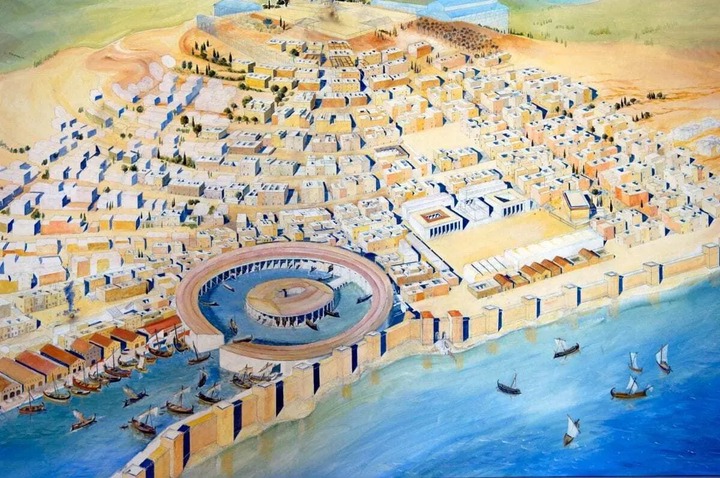 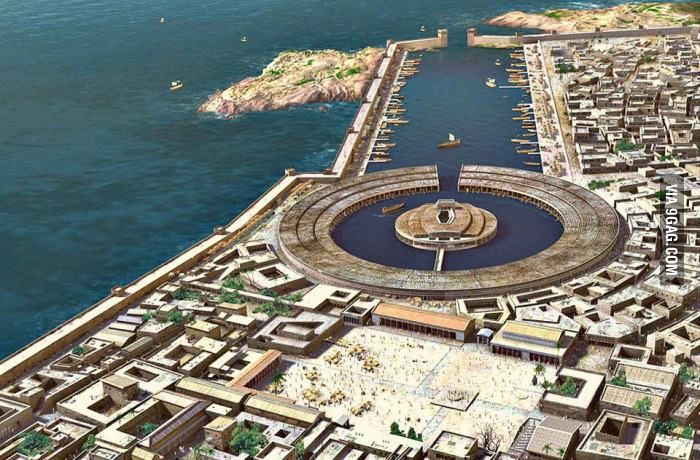 Twenty thousand urns, containing the charred and unscorched remains of Carthaginian newborns and infants were recently discovered in Carthage, located in modern-day Tunisia.

Buried between 400 and 200 BC, in a cemetery called the Tophet, the internment of the urns coincides with periods of extreme scarcity within the city.

It is not known whether the children were sacrificed in offering, or if famine, drought, and other hardships increased infant mortality and the remains were cremated.

Because all records of Carthaginian life were destroyed by the Romans after the Third Punic War, the question may never be decided.

In 1985, the mayor of Rome and the Mayor of Carthage signed a peace treaty, officially ending that latent 2,100 year conflict. 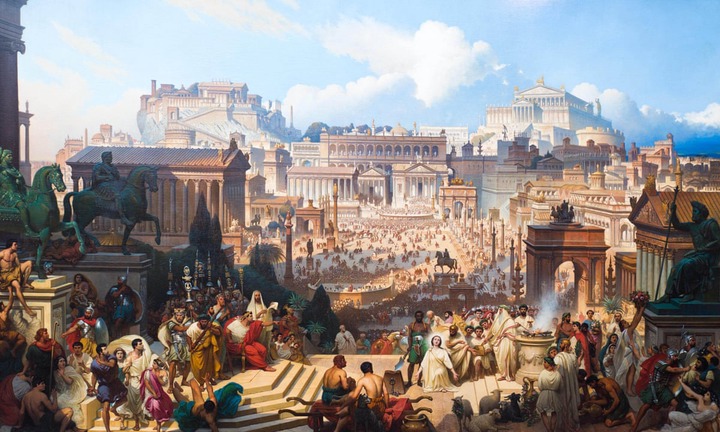 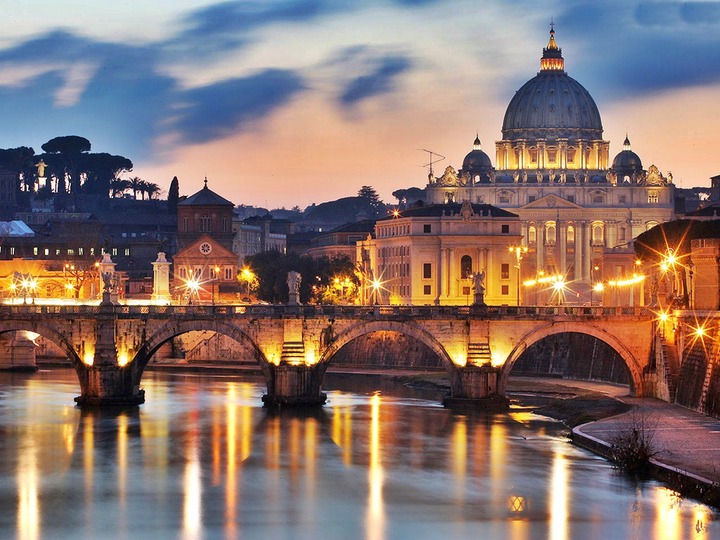 From its humble roots as a small Italian village 1100 years earlier, Rome, in the second century AD, was enjoying the brief pinnacle of its influence and achievement.

At this time, the city was a military dictatorship under Septimius Severus; A move the people welcomed to correct the corruption instilled by Emperor Commodus. Recall Joaquin Phoenix in "Gladiator" — that Commodus.

The city reached this size when it did because it relied on the food and taxes brought in from most of Europe and the Mediterranean.

Of course, it proved an untenable position. By 273 AD, Rome had less than 500,000 inhabitants and the Dark Ages could be seen looming on the horizon. 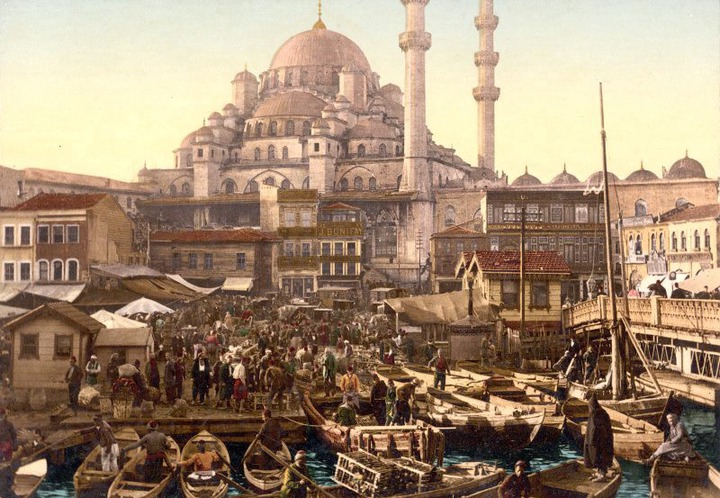 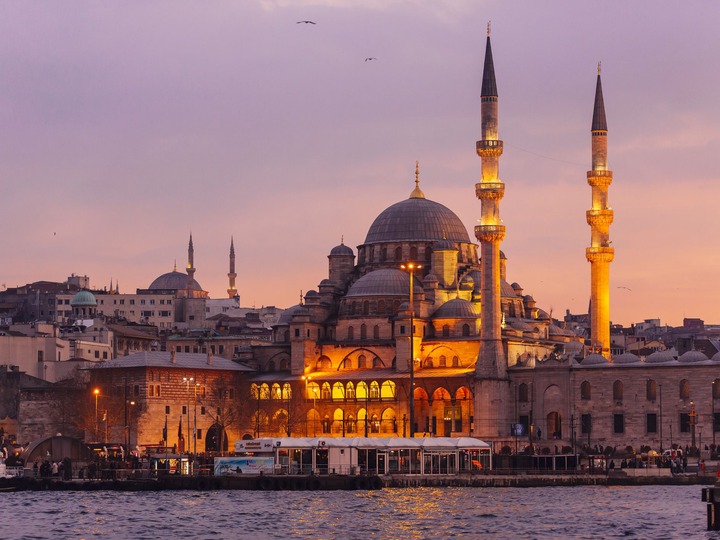 Constantinople was in a fight for its survival in the year 600.

The nomadic Avars and the Eastern European Bulgarians were crushing in on the city from the west, and the Persians had completely overwhelmed the city's defenses in the east.

The metropolis was spared through a combination of its walls, its navy, and the arrival of soon-to-be emperor, Flavius Heraclius Augustus, who eventually routed the Persians from Asia Minor entirely.

The city is now known as Istanbul, Turkey.

By 618, however, as the Persian Wars dragged on and decimated the city's supply of grain from Egypt, Constantinople's population dwindled to about one tenth what it was 18 years before. 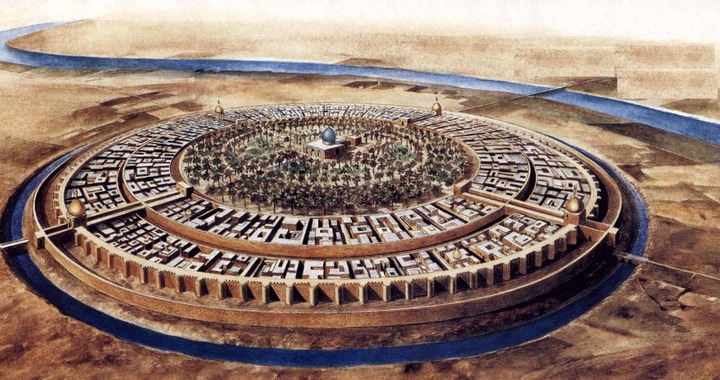 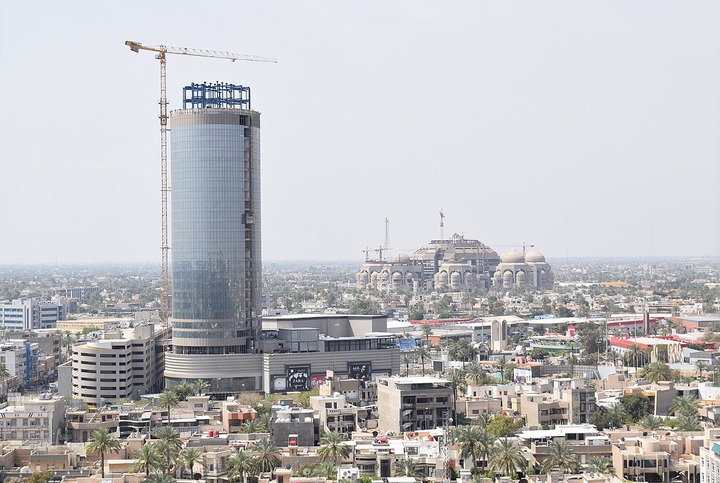 In the year 900, Baghdad was the center of the Golden Age of Islam — A 500-year Mid-East renaissance that began with the founding of the city and ended in 1250 AD with the Mongol invasion.

Home to the House of Wisdom, where all the world's knowledge was laboriously transcribed into Arabic, Baghdad's enlightenment saved innumerable ancient texts from the western world.

This free exchange of ideas is probably what led to the population explosion, as traders from around the known world came to the city and exchanged farming techniques.

The result was the Arab Agricultural Revolution and a scientific approach to agriculture still used today. 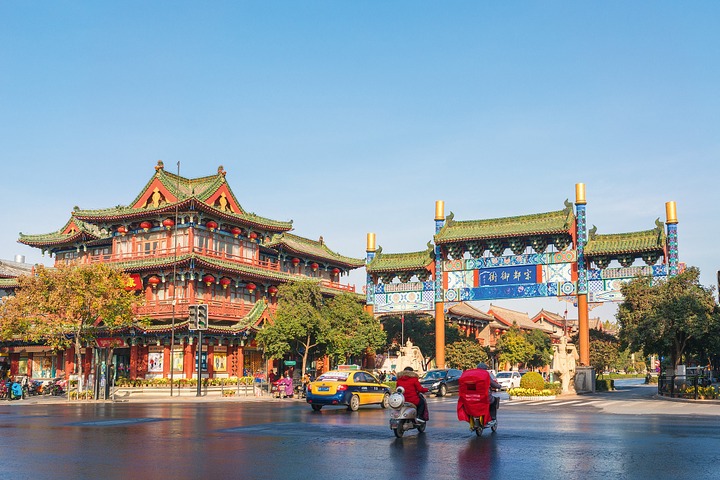 For centuries, because of its central location on four major canals, Kaifeng was the capital city for a huge swath of China.

By 1200, the city was surrounded by three rings of walls to offset the vulnerability.

Despite the fortifications, Kaifeng was an early casualty in what would become a 40-year war with the Mongols — it was sacked and its residents fled in 1234.

Kaifeng is also home to the Kaifeng Jews, the most ancient Jewish population anywhere in China. 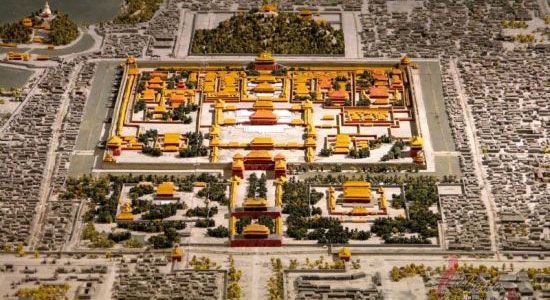 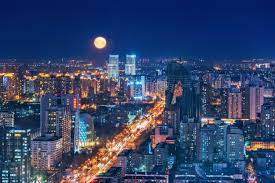 In the mid 1400s, to feed its growing population and vast number of troops, Beijing officials constructed the Jingtong storehouses to store the grain it received as tax from the region.

The practice helped control prices and prevent inflation until the city grew to be the largest in the world and the demand outgrew supply.

The population had also consumed all the forests in the region for housing and firewood by this time, so the residents of the city were using coal, mined from the Western Hills, for heat and fuel.

The resulting pollution changed the ecological makeup of the entire region. 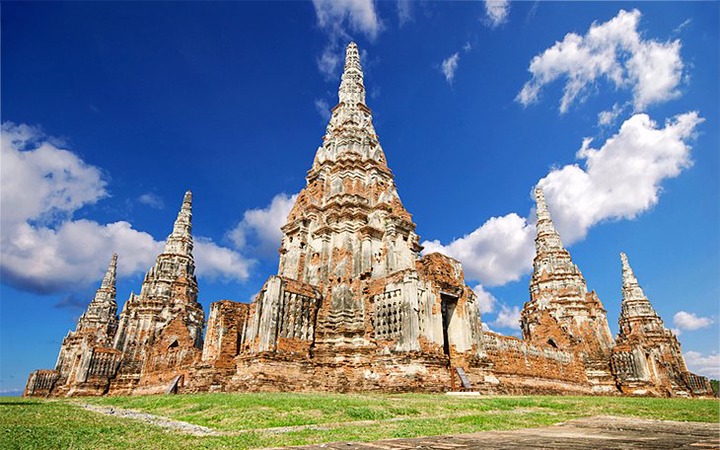 The island Ayutthaya, the capital of Thailand for over 400 years, was often referred to as the most beautiful city in the world by the diplomats who traveled there.

It was so appealing, in fact, that in 1767 it was sacked by the Burmese, and the capital was moved to its current location in Bangkok.

Today, the ruins of Ayutthaya's temples are of such historic appeal that UNESCO named it a World Heritage Site in 1991 and it's consistently mentioned in lists of "places to see before you die." 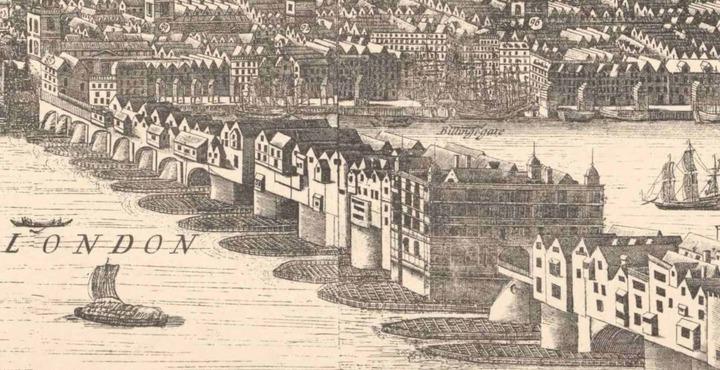 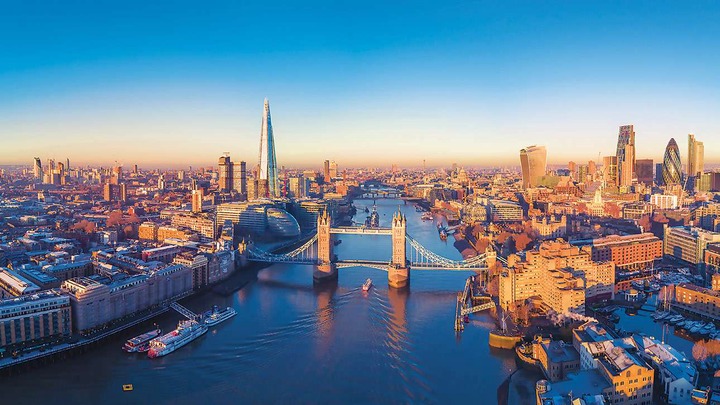 While the British Empire was flung around the globe bringing in immense wealth for a small portion of England, London was largely a slum in 1825.

And crime was rampant. Not until four years after the city reached the record for being the most populous in the world did government activate a full-time police force.

Named after the Prime Minister at the time, Robert Peel, they're called "bobbies" to this day.

London retained the largest number of residents until 1914. 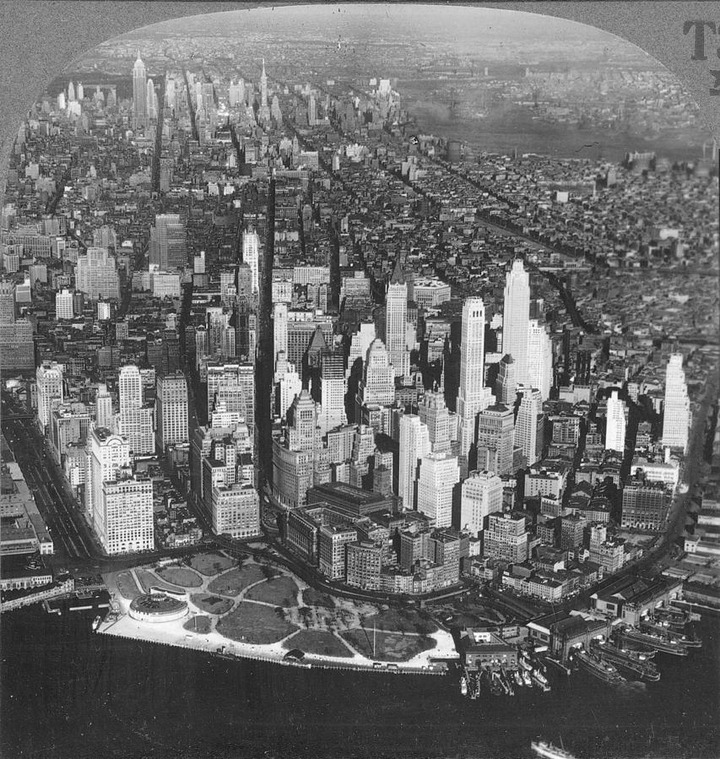 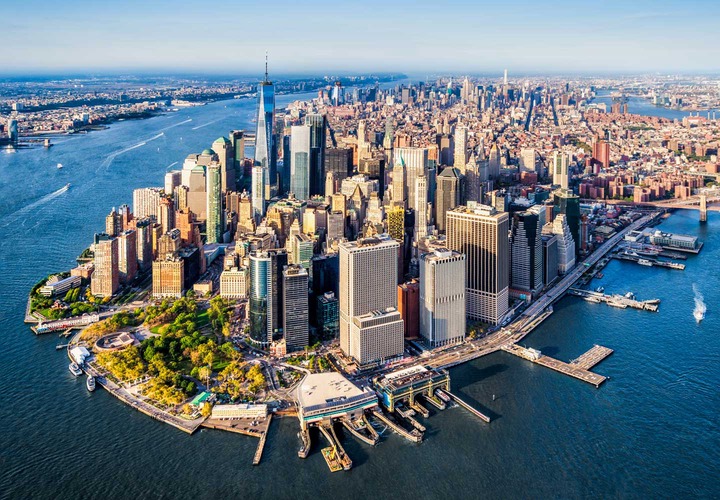 New York City took on its modern shape in 1914, when the Bronx joined Manhattan, Brooklyn, Queens, and Staten Island as the fifth borough.

It was a city that looked to the future as it built skyscrapers and laid plans to build them even larger.

Despite the onset of the Great Depression in 1929, New York expanded rapidly, building the Chrysler Building, the Empire State Building, the Lincoln Building and One Wall Street by 1931, just to name a few.

The Dow Jones Stock exchange reached a heights of 159 in 1925. It would more than double before the crash four years later. 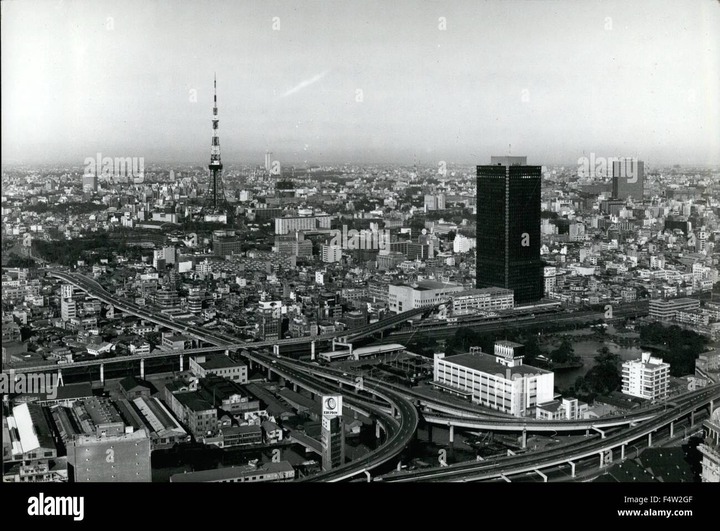 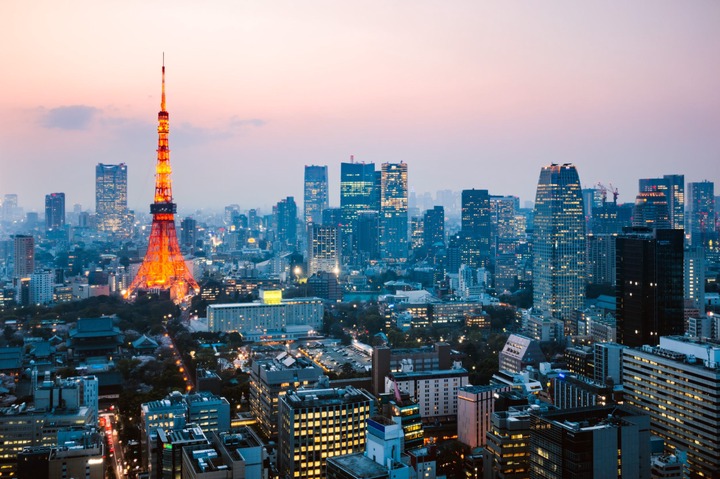 The economic toll of World War II continued to threaten Japan's economic future into the 1950s.

But by 1968, Japan had reached an economic and population growth curve that has carried it into the 21st century.

The years from 1950 through 1990 in Japan are referred to as the post war economic miracle, the most prosperous time in Japan's history.

The economic success was based on many factors, but perhaps most important was heavy US investment and a large measure of government intervention by the Japanese.

Content created and supplied by: Usualtalks (via Opera News )