By Olaoyin6 (self meida writer) | 1 months 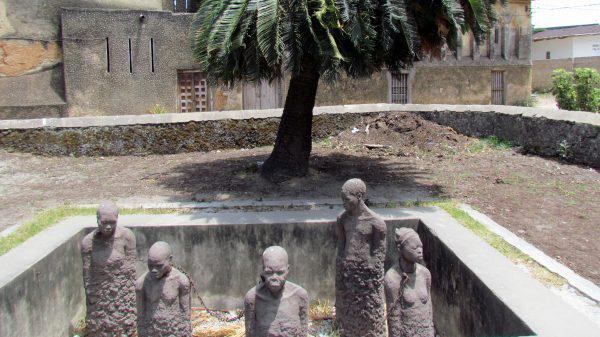 The number of people enslaved by Muslims has been a contentious issue, particularly in light of the millions of Africans who have been forced to flee their homelands. Here are ten facts about the Arab enslavement of Black people. Between the years A.D. 1950 and 1900, historians estimate that Arab slave traders enslaved between 10 and 20 million people. Others say that the trans-Saharan route alone carried over 20 million enslaved Africans to the Islamic world. Dr. John Alembellah Azumah estimates in his 2001 book "The Legacy of Arab-Islam in Africa" that over 80 million more Black people died along the way. 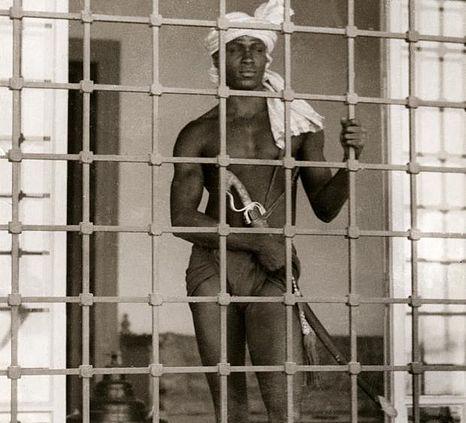 The sale of castrated male slaves is common in the Arab slave trade. Black boys aged 8 to 12 had their scrotums and penises amputated completely to prevent them from reproducing. According to some accounts, six out of every ten boys died as a result of the procedure, but the practice was successful due to the increased price brought to the market by eunuchs. Some men were castrated as eunuchs when serving as domestic servants, and neutering male slaves was not limited to black men. In his 2002 book "Islam's Black Slaves: The Other Black Diaspora," author Ronald Segal writes, "At the beginning of the 10th century, the caliph in Baghdad had 7,000 black eunuchs and 4,000 white eunuchs in his palace." 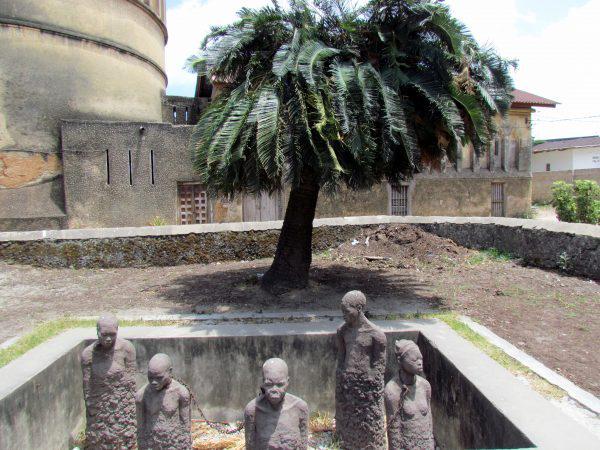 Arab Racism Against Blacks Was Motivated by the Arab Slave Trade

It's important to note that Arab is not a racial classification; rather, an Arab is similar to an American in that individuals classified as Arab today may be Caucasian (white people), Asian, or even Arabized Africans. Between the Blacks and the lighter-skinned Arabs, there was some shared respect at first. However, as Islam and the demand for enslaved Blacks grew, so did racist attitudes toward Africans. Racist attitudes toward Blacks started to appear in Arabic literature and language as a casual association with Black skin and slaves grew. Abid, the word for slave, became an African slang term. Other words, such as haratin, denote the social inferiority of Africans. 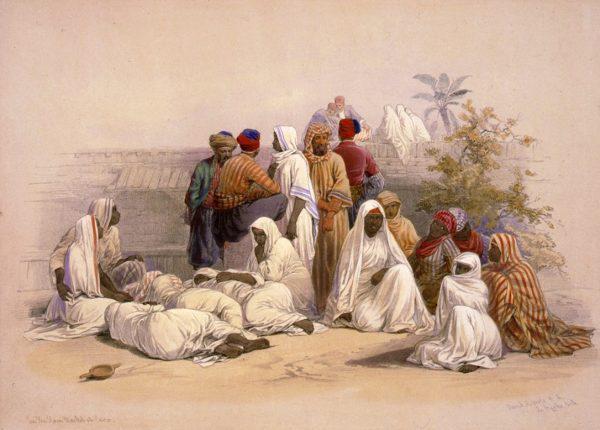 Women were targeted by Arab enslavers for rape.

The eastern Arab slave trade primarily dealt with African women, with two women for every man. Arabs and other Asians have used these women and young girls as concubines and servants. By law, a Muslim slaveowner had a right to his slave women's sexual gratification. African women bore them with a slew of children in order to fill wealthy Arab harems. African women have been exposed to violence for nearly 1200 years. 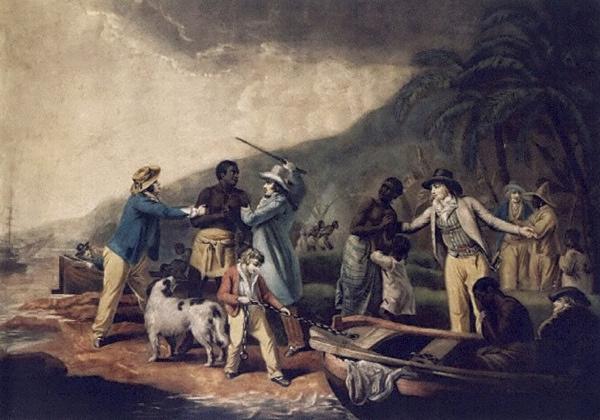 Slave Trade From The Arabs Ushered in The European Slave Trade

The Arab slave trade was politically linked to the African slave trade in Europe in the nineteenth century. The transatlantic slave trade provided new opportunities for slavery, which prompted Arab slavers to go into overdrive. The Portuguese (who lived on the Swahili coast) profited directly from the Arab trade boom. Meanwhile, Muslim merchants were anchored along the African coast as far as the Bay of Benin on the West African coast, which the Portuguese noted. These European enslavers discovered that by moving enslaved Africans from one trading post to another along the Atlantic coast, they could produce large quantities of gold. 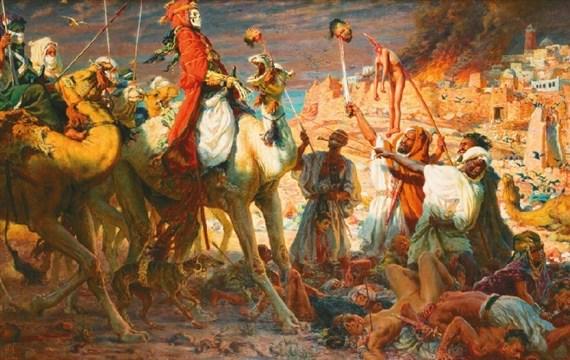 The Zanj Rebellion took place in present-day southern Iraq over fifteen years (A.D. 869–883) near the city of Basra. Enslaved Africans (Zanj) originally captured from the African Great Lakes region and areas further south in East Africa are believed to have participated in the rebellion. Basran landowners brought thousands of East African Zanj people into southern Iraq to drain the salt marshes in the east. The landowners forced the Zanj into heavy slave labor and provided them with meager subsistence, despite the fact that they spoke no Arabic. The harsh treatment was triggered by an uprising that expanded to include over 500,000 enslaved and free men from throughout the Muslim empire. 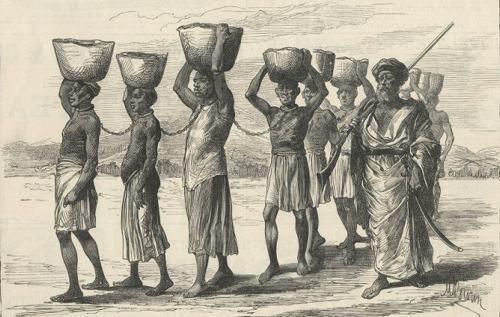 According to some scholars, since Islam forbade free-born Muslims from becoming slaves, it was not in the interests of Arab slavers to convert enslaved Africans to Islam. Propagators of Islam showed a cautious stance against proselytizing Africans because it would give them more rights to convert enslaved Africans to Islam and minimize the potential pool of citizens to enslave. However, if an African converted to Islam, his freedom was not guaranteed, and neither were his children's. Slaves may only be offspring of slaves or non-Muslim prisoners of war, never a free-born Muslim. 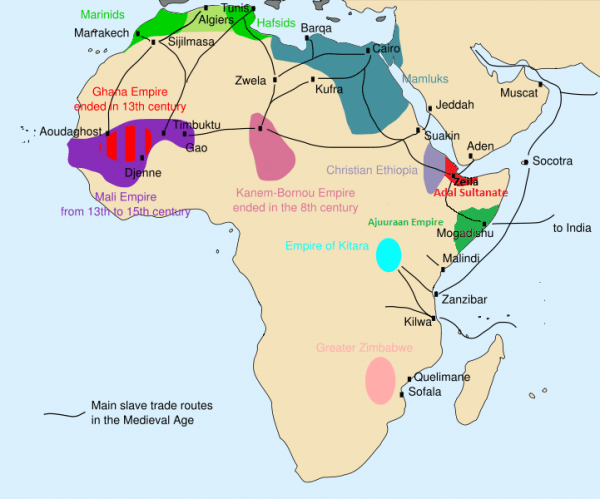 The Arab slave trade was the longest and least contested of the two major slave trades. It began in the seventh century when Arabs and other Asians poured into northern and eastern Africa under the banner of Islam. The Arab slave trade in Southeast Africa predates the European transatlantic slave trade by 700 years. According to some historians, the Arab slave trade continued in some form or another until the 1960s, but slavery in Mauritania was only criminalized in August 2007.

It was not unusual for Arab slaves to advance through the ranks. Ifriqiya's emir, Musa bin Nusayr, released Tariq ibn Ziyad and made him an army general. Tariq ibn Ziyad invaded Spain and was named after Gibraltar. Antarah ibn Shadddd, also known as Antar, was an Afro-Arab man born into slavery and the son of an enslaved Ethiopian woman. He eventually rose to prominence as a warrior and poet. Historians have nicknamed him "the king of heroes" and the "father of knighthood... [and] chivalry." He was renowned for his bravery in combat. This form of upward mobility did not exist in the European slave system. 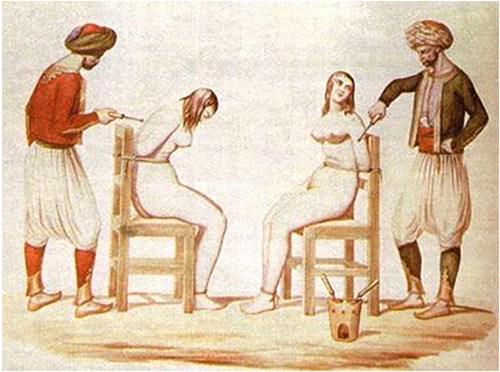 Slavery in the Arab world isn't limited to Africa or to citizens of a certain skin color.

One of the most important differences between the Arab slave trade and European slavery was that the Arabs recruited slaves from all ethnic groups. During the Fatimid Caliphate's eighth and ninth centuries, the bulk of the slaves were Europeans (called Saqaliba), captured along European coasts and during battles. Apart from Africans, people from a variety of countries were forced into Arab slavery, including Mediterraneans, Persians, Caucasians (such as Georgia, Armenia, and Circassia), Central Asians, and Scandinavians, English, Dutch, and Irish, and North African Berbers.

Opinion: Husbands, Do These Four Things To Your Wives And She'll Love You Forever

Devotion: God Can Use Anybody

"Islam Is A Religion Of Justice, The Quran Isn't Only For Muslims Alone, But For Humanity" - Dr kabo

10 effective ways to lower your blood pressure without medication.

Another victim shot dead by cultists