By RelationshipUpdate (self meida writer) | 8 days 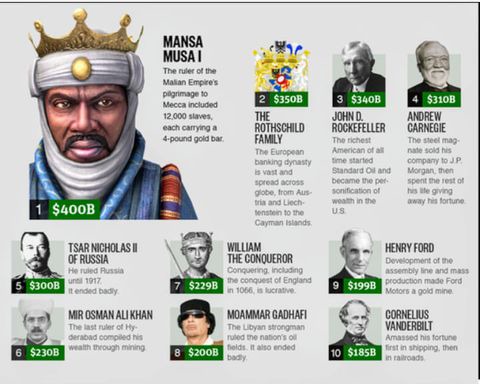 Mansa Musa was regarded as one of the richest people in the world, because he received a kingdom that was already rich from his predecessor, Abu Bakr II, the former king. 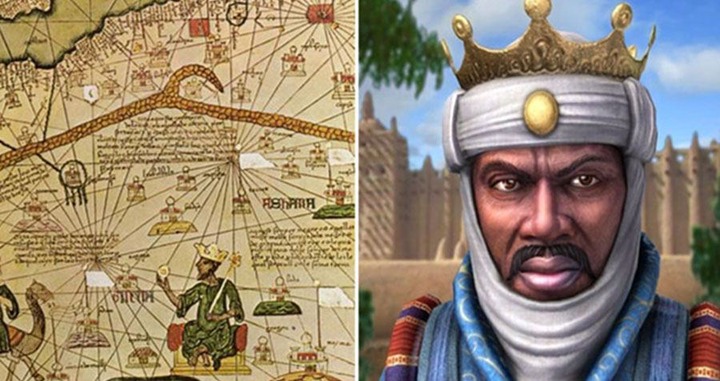 When he came into power, he improved commerce, and made Mali the wealthiest kingdom in Africa. He became more wealthy from the salt, and gold mining business.

He also made his money from trading elephant tusks. He constructed big public buildings, and mosques with foreign architectural designs. 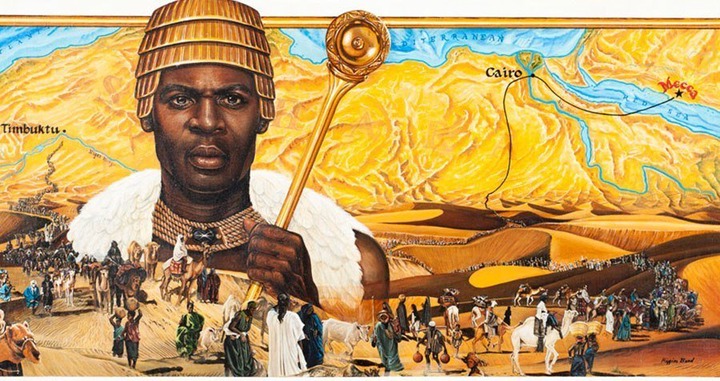 He died in 1337, but is always remembered for his stupendous wealth. He became a global figure who is known to be extremely rich, after he was designed on the 1375 C.E Atlas. 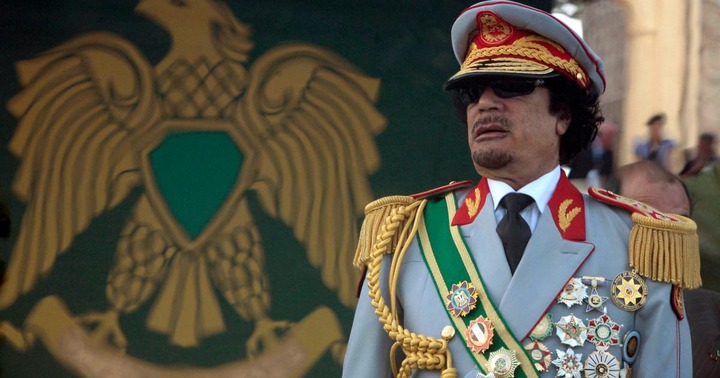 Moammar Gadhafi was a revolutionist, and a military ruler of Libya, from the 1st of September 1969, to the 20th of October 2011.

According to reports, Gadhafi's net worth was $200 billion as at the period he died.

Some claimed that if you combine all the assets of the three richest people in the world, he was richer than them. It could have made him one of the richest men in history. 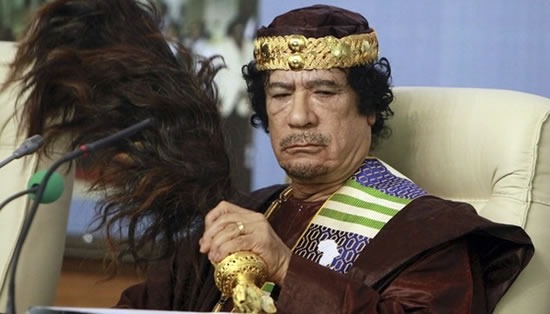 However, Gadhafi was not ranked by Forbes, because dictators, and rulers are not seen as entrepreneurs. Money acquired from a position of power, is different from money acquired through personal business.