Here Is The First Commercial Airline In History

By FirmBeliever (self media writer) | 11 months ago 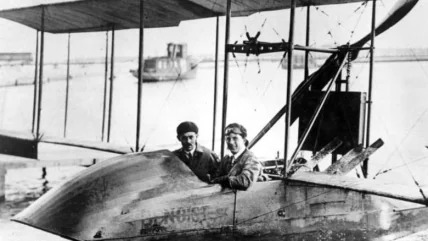 In 1909, history began to change its face, as it walked right from the old days, into the new era. It started with the creation of the first airplane, then it became accessible for all, and the first passenger flight was operated in 1909 by DELAG, a German company offering sightseeing airship flights, within Germany. As reported, the passenger tide in these aircraft, often took several hours, from Berlin to southern Germany. However, the time was complemented by the luxury and the comfort which was provided by the plane to the passengers.

Years after the basic, and not so fast and wide-ranged commercial planes, that started in Germany, a new experience was created for passengers all over the world. A new and scheduled commercial airline started which was then known as the St. Petersburg-Tampa airboat line, it's time of operation was between January to May of the year 1914.

One can say that the airboat, used in Germany in the first few years of its commercial airplanes, was the brainchild of American Aviator pioneer, Thomas W. Benoist who designed the fixed-wing aircraft used for passengers. The aircraft which he designed was then named after him, now it is called the Benoist XIV, or the Lark Duluth. What he created was a small biplane, that could land and also take off from water. Due to his experiences as an aviator, Benoist understood that the aircraft industry is a growing one, and to keep up, he needed to have big goals. According to History Net, he confessed he "dreamed of the skies filled with air lanes carrying the world's passenger and freight traffic." The St. Petersburg–Tampa Airboat Line was just the first step to reach those huge dreams.

Soon enough, Benoist was offered a challenge by the London Daily Mail, with a cash prize of $50,000, and all he had to do was to attempt a transatlantic flight in less than 72 hours. Though the event was eventually canceled because it coincided with the start of World war I. I'm 1917, 3 years after the start of world war I, Benoist died in a freak accident, when stepping off a streetcar. However, before his death, he had already succeeded in leaving a legacy; he built over 100 airplanes and forever changed the history of flight. 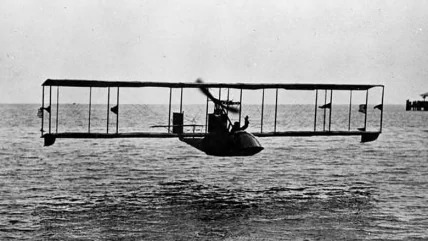 What do we know about how it was like to fly a St? Petersburg Airboat?

Unlike the planes, we fly today and often enjoy, the Benoist XIV wasn't designed to offer a luxury ride to its passengers, the entire making of the airplane, including its unpadded seat, was made of wood. Unlike modern airplanes, the airboat had now enclosed cabin neither was a windshield fitted in it. So when it rains, oh, well, those who are in the plane will be the first to know, and when it's windy, I guess they will have to hold on to their seats properly. The absence of these basic things made a flight in the airboat quite uncomfortable, it would have been impossible for the passengers to get much of a view of the skies, and the ground beneath since the plane flew at just 5 feet above the water.

However, its speed was relatively okay for the period when it was created. It flew at a maximum speed of 64 miles per hour and took only 22 minutes to connect the two cities, that is Berlin to Southern Germany. In today's measurement of speed, this might not seem like much to you but trust me, in 1914, a train would have taken 13 hours to cover that distance. Then there is the option of a steamship which would have taken at least a much longer time than that of the plane.

Nonetheless, the price was relatively good enough, if one considers the speed it offered as compared to that of the trains, care, and the steamships during that period. A one-way ticket is said to be around $5 or about $130 in today's money. Comparing this amount to the average salary in Germany which is stated to be around $2.50 daily, as reported by Gilder Lehrman Institute of American History, then one can say that the price for the tickets, is actually quite affordable but it still wasn't for everybody. Though there was an additional charge for excess weight, as it is done today in lost flights and bus transportation. There was also a special flight arrangement to other destinations, but as expected, the price was fitted for the service to be rendered. It cost about $20 according to History Net. The airplane worked six days a week, transporting about 1200 passengers, with two scheduled flights per day.