History: Why the Benin kingdom fell in 1897. 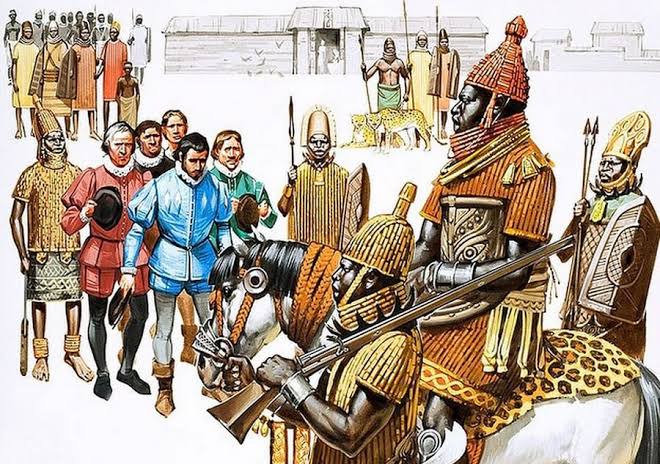 They knew that the goal of the British government was to conquer and dominate their empire but they weren't willing to risk it, although they had already developed a cordial relationship with the British empire. The British colonial masters had for years used many approaches to make the Benin empire to surrender to them but every approach failed. The King of Benin empire at that time whose name was Oba Ovonramwen had earlier been warned by many powerful chiefs that the British government was planning an attack which would bring the fall of the empire. The Oba wasn't willing to take any chances so he he made a declaration, he banned British men from stepping foot into the lands of Benin and that if any white man steps his leg into Benin, that white man shall be killed without hesitation.

Sir Harry Rawson who was also a British consul heard of the death of his fellow consul and this made him angry that his friend was killed by the Benin empire, in an attempt to avenge the death of Consul James Philips, Harry Rawson launched an expedition of the Benin empire, he brought over 1,200 soldiers with him. The war between Benin empire and British empire took place in the year 1897, this war led to the fall of Benin empire, after the empire was sacked, the British soldiers began to loot all the artifacts which they found in the kingdom and they exported it to their country.