Are You On Vacation In Nigeria, Here Are 9 Historical Buildings To Visit Around Nigeria

By Gamersrom (self meida writer) | 1 months

Are You On Vacation In Nigeria, Here Are 9 Historical Buildings To Visit Around Nigeria

Historic monuments are fixed assets that are identifiable because of particular historic, national, regional, local, religious or symbolic significance; they are usually accessible to the general public, and visitors are often charged for admission to the monuments or their vicinity.

The History of Nigeria can be traced to settlers trading across the middle East and Africa as early as 1100 BC. Numerous ancient African civilisations settled in the region that is known today as Nigeria, such as the Kingdom of Nri, the Benin Empire, and the Oyo Empire.

Nigeria host a lot of historical monuments and below are few of the historical buildings to visit when you are on a vacation in Nigeria... 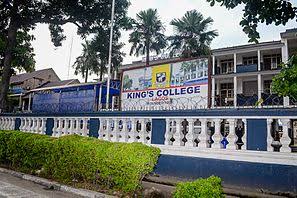 King's College, Lagos is a secondary school in Lagos, Lagos State, Nigeria. It was founded on 20 September 1909 with 10 students on its original site at Lagos Island, adjacent to Tafawa Balewa Square. The school admits only male students although historically some female HSC (A-Level equivalent) students were admitted before the establishment of Queen's College Lagos, popularly known as King's College's sister school 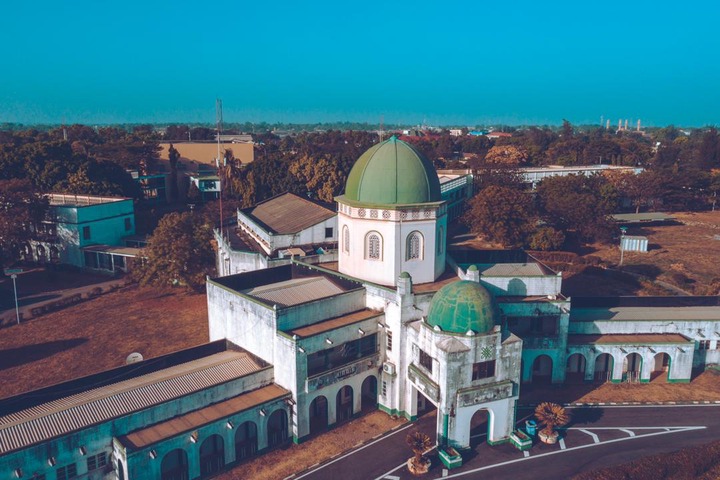 Lugard Hall is situated at the centre of a circular road in the northern part of Kaduna. It is neighbouring the Murtala Square by the north. It's construction resembles the typical palaces of northern emirs with decorative motifs, and stands at the head of the main street. 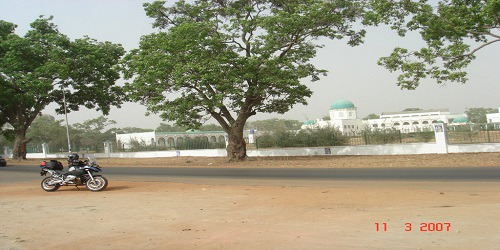 The building is of a design brought by Lord Lugard as an imitation of the British House of Commons and Lords, and the third of its kind in the world. It is divided into three sections namely; The Lugard Memorial Chamber otherwise known as the Northern Council of Chiefs, the House of Assembly, and the Assembly Service Commission. It also houses a clinic, kitchen and two dining halls. 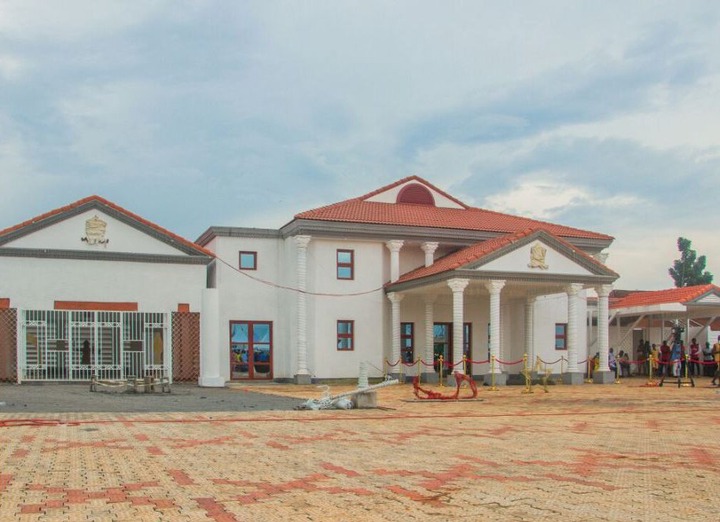 The Royal Palace of Oba of Benin is notable as the home of the Oba of Benin and other royals.The palace, built by Oba Ewedo (1255AD – 1280AD), is located at the heart of ancient City of Benin. It was rebuilt by Oba Eweka II (1914–1932) after the original building was destroyed during the 1897 war with the British. The palace was declared a UNESCO Listed Heritage Site in 1999. 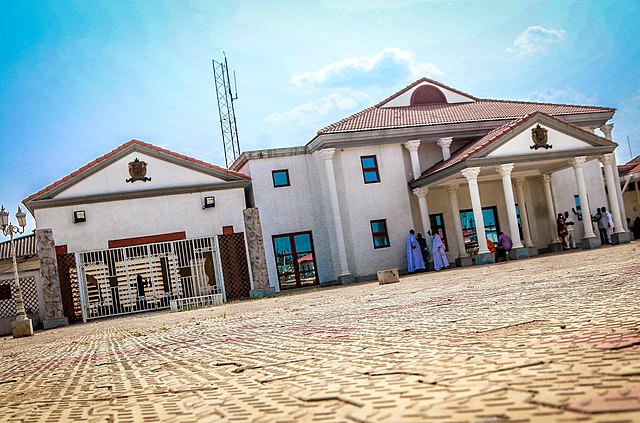 The Royal Palace of Oba of Benin is a celebration and preservation of the rich Benin culture. Most of the visitors to the palace are curators, archaeologists or historians. 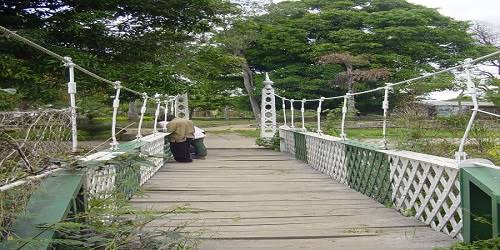 The Lugard Footbridge is a pedestrian bridge located in Kaduna, the capital of Kaduna State, Nigeria. It was built by Sir Frederick Lugard in 1904 at Zungeru, the capital of the Northern Protectorate of Nigeria. After the amalgamation of the Northern and Southern Protectorates, the bridge was reconstructed in 1920 after it was moved to Gamji Gate in Kaduna, which at the time served as the new Northern Headquarters. 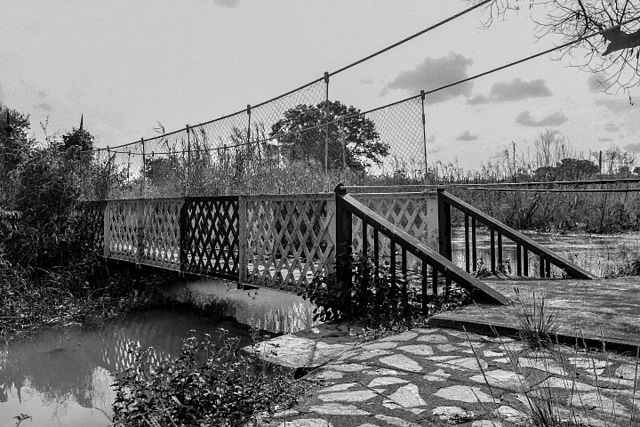 On 16 February 1956, the National Commission for Museums and Monuments declared the footbridge a historic monument. 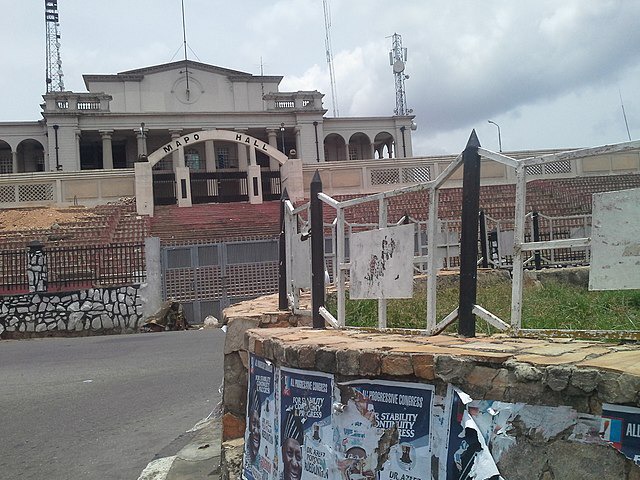 Mapo Hall is the colonial-style Ibadan City Hall on top of Mapo Hill in Ibadan, Oyo State, Nigeria. Mapo Hall was commissioned during the colonial era by Captain Ross in 1929.The hall hosts a mini-museum where the relics of the chains used to hold tax evaders in the colonial era, are hung.

There are also pictures of all Olubadan (King) that have reigned in Ibadan.It was designed and constructed by engineer Robert Jones. 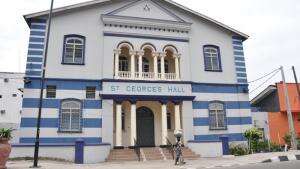 FoundedThis really cool looking building along Broad Street is the St George's Hall, home to the Freemasons Lodge 3065. in 1904, St.George’s Lodge was consecrated on 1st, July 1905. The foundation was laid on 5th January 1907 by Sir Walter Egerton; the Governor of the Colony and Protectorate of Southern Nigeria. The building’s shows exquisitely finished pillars and railings on the balcony.

7. The Cenotaph of Taiwo Olowo 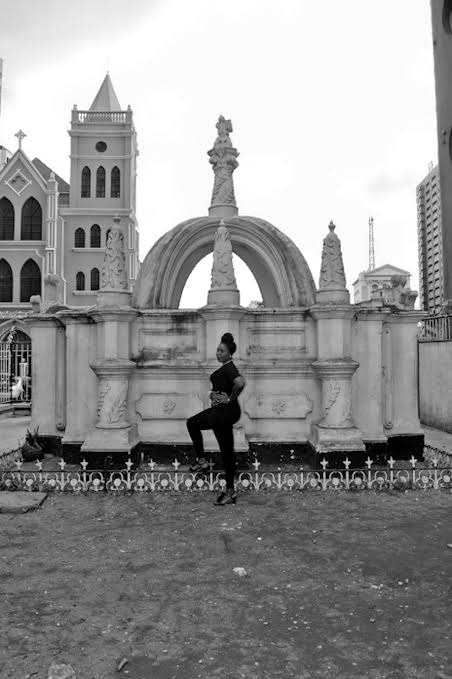 This monument was built to immortalize the memory and achievements of Chief Daniel Conrad Taiwo, who died in 1901. Located on Broad Street and close to Mandilas House and the Continental House in Lagos, this huge memorial has become a facility where people could hold official functions and other social events during festive periods. 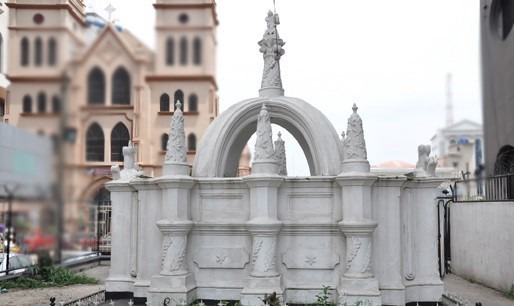 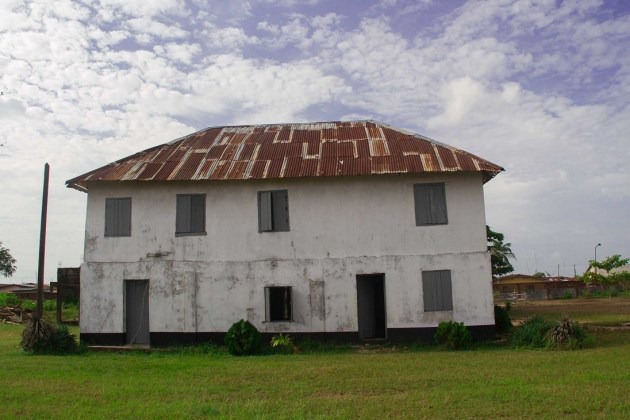 This building served as the pacesetter for the Christian religion, education, development, commerce, end to slavery, freedom and independence etc.located in the coastal town of Badagry. A city that shares a border with the Benin Republic, another country within the coast of West Africa. The house comprises of two sitting rooms, 6 bedrooms, four stores and a safe. 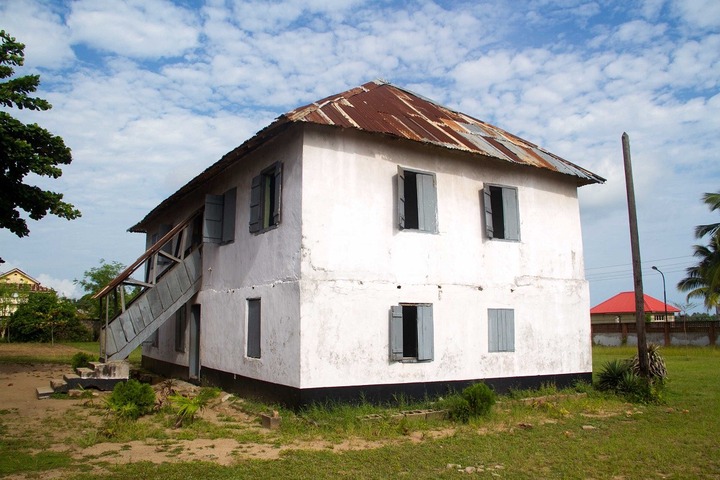 The official first storey building in Nigeria was built by Reverend Henry Townsend a missionary of the Church Missionary Society (CMS) in 1845. The building served as the official residence of St Anglican Church. The foundation was laid in 1842 and it was completed in 1845. 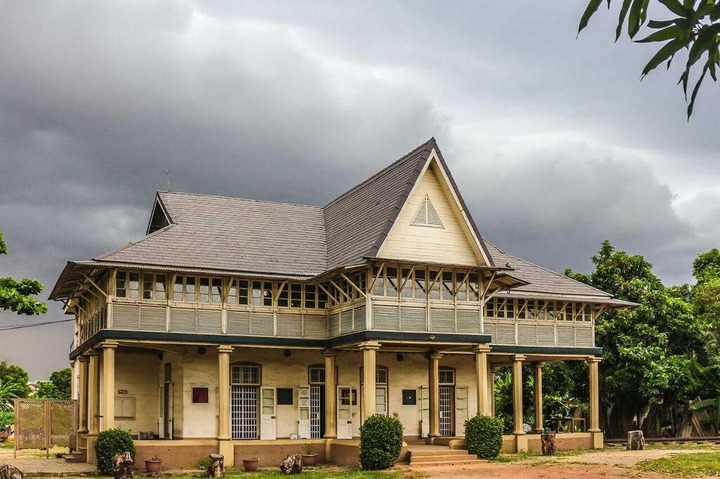 The Jaekel House is a 2-storey colonial mansion in Ebute Metta, Lagos, Nigeria. The house was built in 1898 on a large expanse of landscaped land and named after the late Francis Jaekel OBE, a former superintendent of the Nigerian Railway Corporation who retired in the 1970s after almost three decades of active service.

Jaekel House, one of the oldest buildings located within the Nigerian Railway Compound Lagos, built circa 1900, is recognised as a fine example of colonial style tropical architecture. 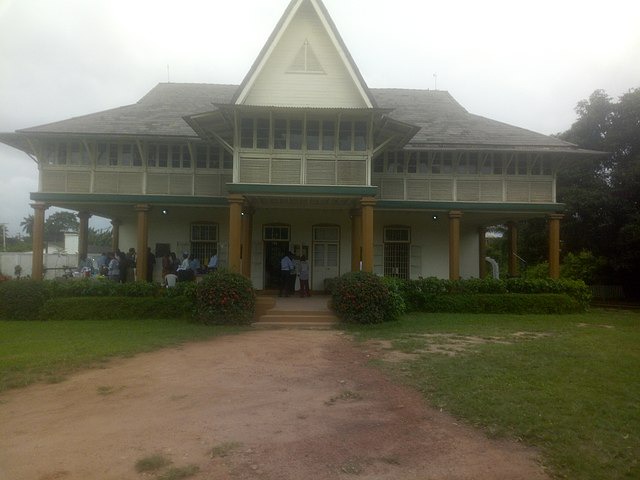 In a dilapidated state for years, the restoration of the building and extensive garden was completed in 2010 by Legacy1995, the Historical & Environmental Interest Group of Nigeria, with an upper floor Mini Museum.

As The World Mourns The Dead Of Chad's President, See How Shehu Sani Reacts To It On Twitter