Flashback: Remembering The Military Coups In The History Of Nigeria.

In the history of Nigeria, there have been a great number of successful and failed military coups since the independence of the country in the year 1960. A coup in the violent or non-violent overthrowing of an existing political power or military regime by the military. 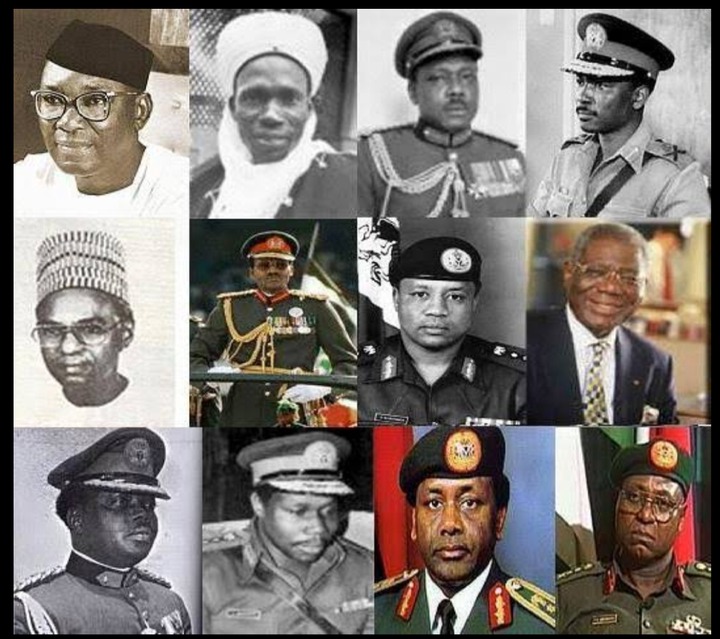 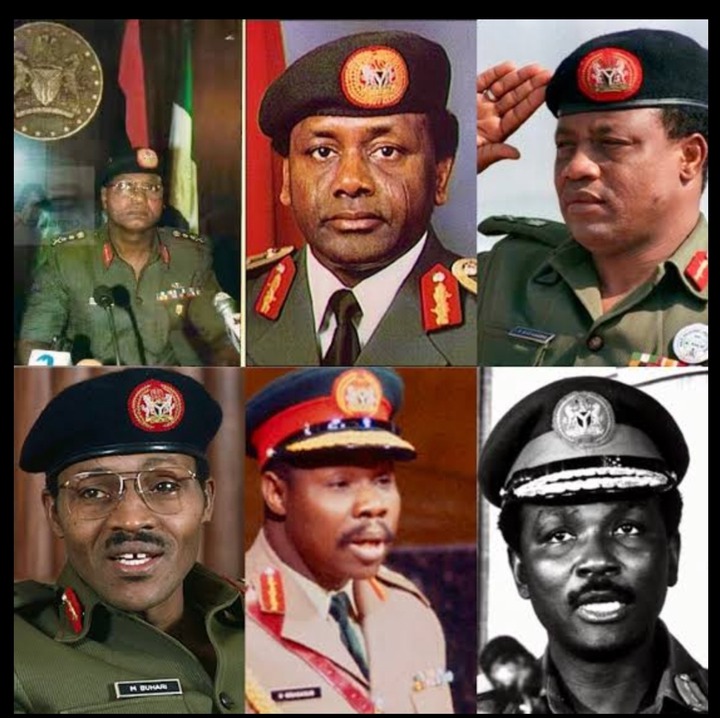 1. The first bloody coup d'etat that happened in Nigeria was on the 15th of January 1966 when Abubakar Tafawa Balewa was in office. The coup was led by Chukwuma Kaduna Nzeogwu and Emmanuel Ifeojuna. Numbers of senior politicians that were killed during this coup was 11 among other casualties, resulting to the death of 22 people altogether. The coup plotters attacked the cities of Kaduna, Lagos and Ibadan while as well blockading Benue-River and Niger within the span of two days.

Johnson Aguiyi-Ironsi who was the General Commanding Officer of Nigerian Army was compelled to take over the government putting the democratic system of government on a hold. The senior politicians who were killed during this coup were; Alhaji Abubakar Tafawa Balewa who was the prime minister, Sir Ahmadu Bello, the then Saudarna of Sokoto, the premier of the southern region, Sammeul Akintola, the Minister of finance, Festus Okotie-Eboh among others.

2. The coup of July 1966 was regarded to as 'July Rematch'. It was the second bloody coup d'etat that happened in Nigeria. The coup was led by Lt. Colonel Murtala Muhammed and some other northern military. The coup started in the midnight of the 28th of July. This particular counter coup resulted to the death of General Johson Aguiyi-Ironsi and Lt. Colonel Adekunle Fajuyi because both of them were having a meeting in Ibadan that very day. Following the success of the coup, Lt. Colonel Yakubu Gowan was appointed to take over the control of power of the country.

3. The 1976 coup d'etat was the next bloody coup in the history of Nigeria. The coup is often referred to as 'Dimka Coup' this very coup resulted to the murder of General Murtala Muhammed. While General Olusegun Obasanjo became the head of State.

4. The next coup was violently staged by Major Gideon Orkar on the 22nd of April 1990. It was an attempt to forcefully take over power from General Ibrahim Babangida. Unfortunately though, the coup was not successful. Babangida was at the barracks when the attack started but he was able to escape through the back route.

Other coups were obviously known to be bloodless. I would be talking about the bloodless coup later.

Content created and supplied by: Heazy22 (via Opera News )

"I Am Back"- Aisha Yesufu Says, Post A Picture Of Herself In Happy Mood

Adamu Garba Reacts To Ban On Open Grazing By Southern Governors, Gives His Own Suggestion

Check Out More Photos Of Buhari's Son-In-Law, Gimba Kumo, Who Was Declared Wanted By The ICPC

Life fulfilment doesn't come from marriage or children; Christ was fulfilled without it -Reno Omokri

While They Are Busy Funding Boko Haram & IPOB Terrorist Groups, Our Govt Is Working- Onochie

Opinion: Nigeria In Need Of Another Dora Akunyuli In The Federal Executive Council