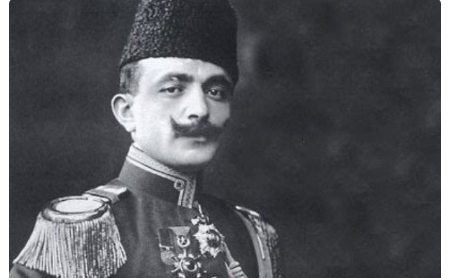 It was known that Half of the aforementioned man forces froze to death with the other half either captured or killed in action. He kept losing battle after battle. In battle he was in, he got wounded and almost died. Armenian soldiers of the Ottoman Army encircled him in other to protect him which they did successfully. History has it that an Armenian army man named Hovanes carried him on his back and ran him to the closest town and saved his life.

After being rescued, he blamed the Armenians for his losses in all the battles and with this, He devised a plan to exterminate all Armenians in the Ottoman Empire and he brutally massacred 1.5 million Armenians in the worst ways possible.

Hovanes, the Armenian who saved Envers life was rounded up in a labor battalion with other Armenians and was even forced to dig his own grave and was then ruthlessly killed in the camps

Justice was served in 1922, when an Armenian battalion defeated Enver Pashas forces and an Armenian named killed him himself.

Reactions As Nengi States That She Needs A Vacation

Opinion: 4 Things That Bobrisky Have Never Done In Movies