An oil field was located in the Niger Delta, in the year 1956 and that's the same place where the Ogoni people live. The popular oil company identified as Shell came to Niger Delta because of the Oil. They were told that no harm would be done to them or their land, shell also promised some financial benefits to the people of Ogoni during the exploitation of oil from the area. 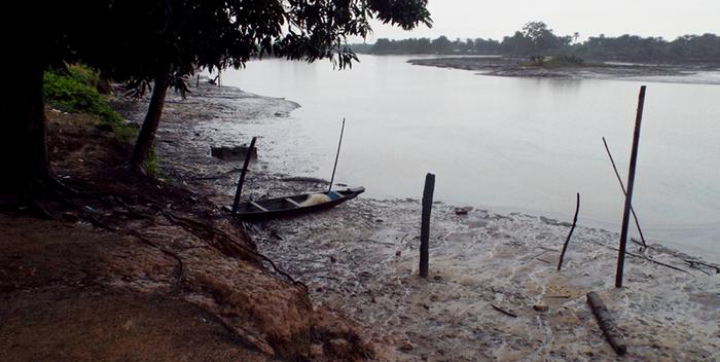 After two years the oil exploitation started in the area, this cased alot of land and water pollution. From the year 1958 to the year 1990, the farm lands and also the waterways of the Ogoni people got damaged by oil that spilled. 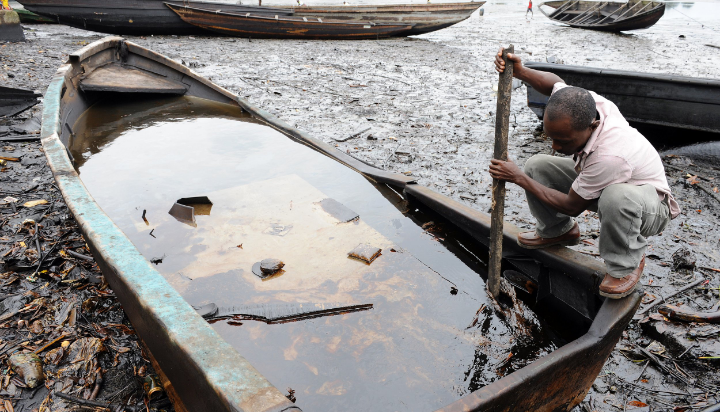 The land was practically useless even the water could no longer be used for anything because it was filled with oil. The Ogoni people could no longer depend on their land for food and shelter anymore due to the oil pollution on the land. At that time the oil production brought so much profit, still yet the People of Ogoni did not gain anything from the Shell petroleum company. It did not take quite long for the people of Ogoni to revolt and stand their ground. The situation in Ogoni was so terrible that it led to an uproar in the year 1990. An activist and a writer identified as Ken Saro Wiwa was unhappy about the situation in Ogoni. Ken took it upon himself to fight for his people, he went ahead to create a group known as "Movement For The Survival Of The Ogoni People" also known as MOSOP. The group consisted of 8 other Ogoni activists identified as; Daniel Gbooko, Baribor Bera, Paul Levera, Felix Nuate, Saturday Dobee, Nordu Eawo, Barinem Kiobel, and John Kpuine, together they were called the Ogoni 9. 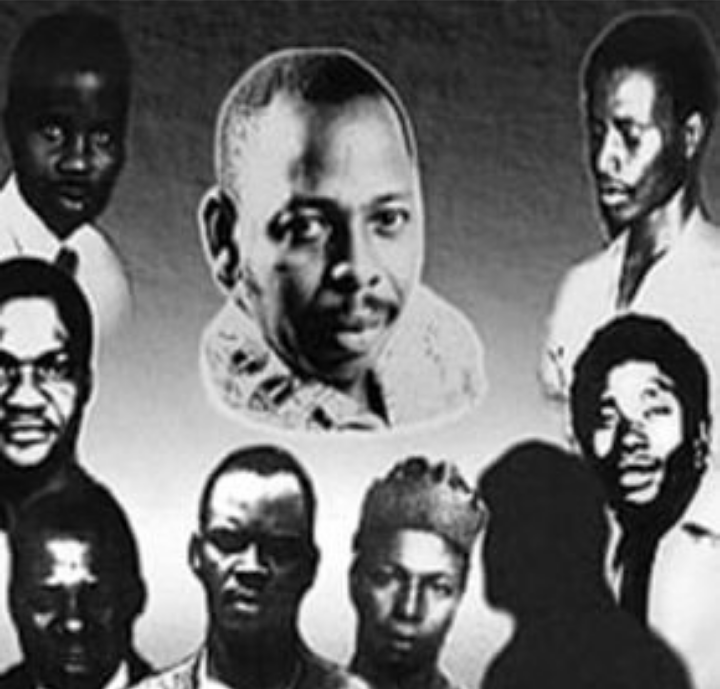 This group was able to organise a calm protest amongst the people, it was seen as the biggest protest that ever happened in the year 1993. Out of 500,000 Ogoni people, 300,000 people were able to come out and protest for their right. 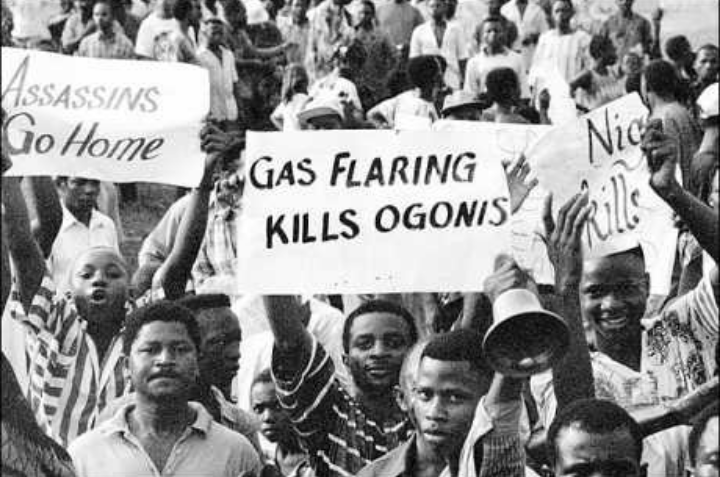 The oil company was not happy about the protest because it caused a stop in their oil operation in Ogoni. Despite the protest from the people of Ogoni, shell did not listen to their demands. Instead the director of shell in Nigeria, Brian Anderson went to meet with the former President of Nigeria, Sani Abacha in the year 1994. Brian told the President that shell has not been working in Ogoni for about a year due to the protest from the Ogoni people. Brian expected the President to solve the issue by making use of the Police or the military.

A month later after Brian met with the President, the Ogoni 9 were arrested. Ken Saro Wiwa was amongst the 9 men that were arrested, they were blamed for the murder of 4 Ogoni chiefs. The Police provided no evidence to prove that Ken and the other Men were the murderers, this made people believe that the arrest was a set up and a plan against Ken. While the Men were in police custody, the military were sent to Ogoni to put an end to their protest. Alot of villages got attacked during that time and up to 4000 people were murdered. 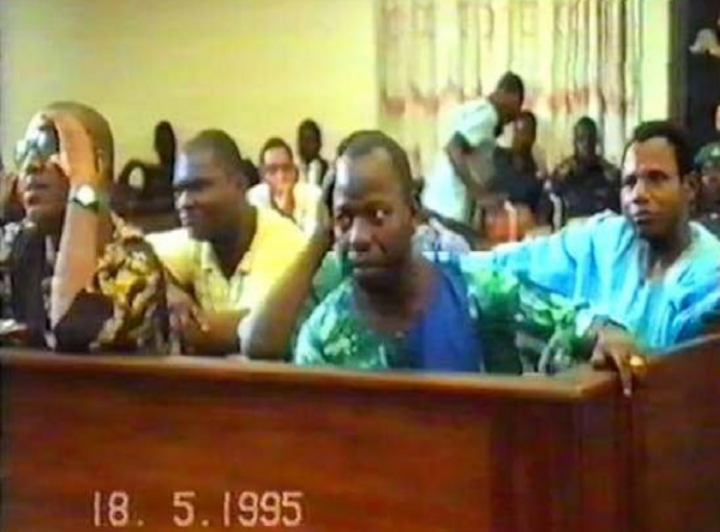 On the day Ken was taken to court alongside the other 14 Men, he first of all gave a speech in court. He explained the reason for his fight for the people of Ogoni and he also said that even death and imprisonment can not put an end to their victory. 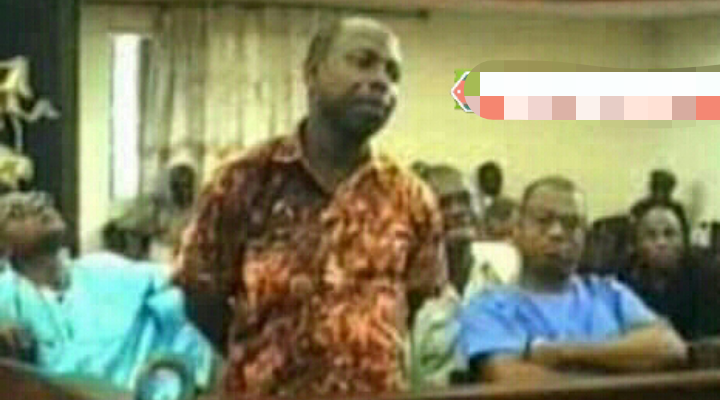 In the year 1995, on October 30, the Ogoni 9 got sentenced to death by hanging in the court. The 9 of them were all hanged to death on the 10th of November. 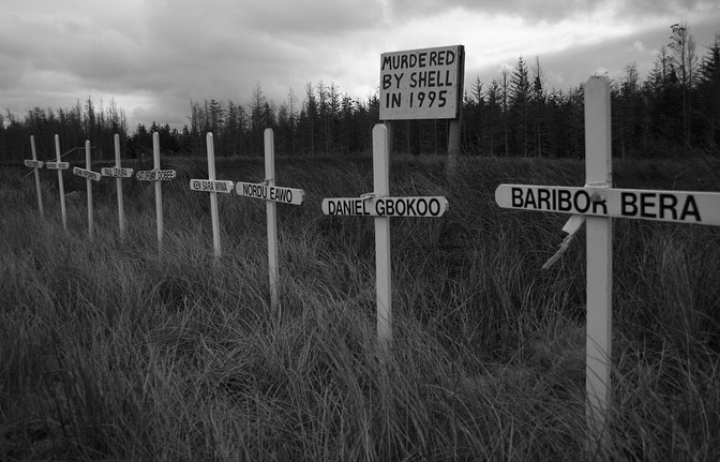 In the year 1996, Shell was sued by the Center of Constitutional Rights due to their complicity in violating the rights of the Ogoni people. They were also sued for working with the Nigerian Government to arrest and execute the 9 Ogoni Men.