Every culture has a story or two about the origin of the world. The Yoruba people believe that Olodumare is the creator of every thing we see in the world. He is the supreme God that is all powerful and all knowing. 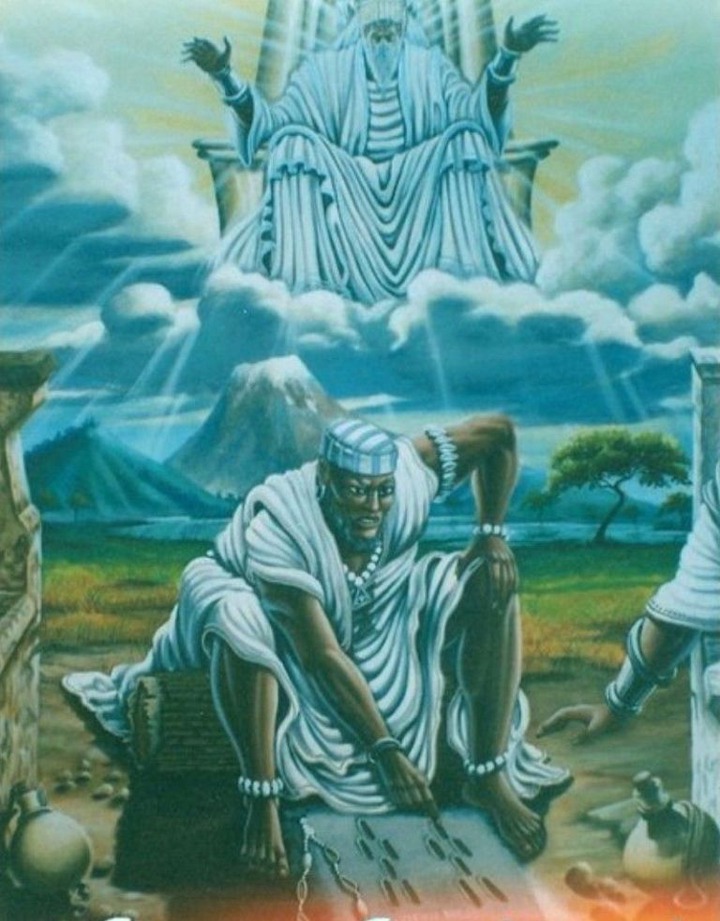 The story of how the world was created by Olodumare is given below.

Olodumare created the world but there were no humans in it. The earth was not strong and no animals in it. Olodumare also have other creatures living with him in his abode in the sky.

After one of Olodumare's visit to earth, he sent for his priest orisha nla to carry out the assignment of making the earth a dry ground. The orisha nla accepted the mission and was given dry earth, hen and a pigeon to help him fulfil his mission.

When Orisa nla got to earth, he spread the earth Olodumare gave to him around with help of the hen and pigeon. After a while, earth seems to be filled with soil. He returned to Olodumare and reported that the assignment has been completed.

The chameleon was sent to the earth to check whether Orisa nla did a nice job. The chameleon reported back to Olodumare that indeed the job was done but it is still not dry. After the chameleon's second visit, the land was very dry.

The earth needs to be equipped with things that can support life. Again, Olodumare sent Orisha nla to put things in the earth like trees and other things that will be able to support humans. Orisha nla to with him Orunmila who assisted him in the task.

When the earth was fully equipped, Olodumare gave Orisha nla some people he had already created. Orisha nla brought them to earth but notified Olodumare that they were not enough to populate the earth. Orisha started helping in molding the humans. He was able to mold them but he could not bring them to life, only Olodumare has that power. Orisha nla will mold the bodies, Olodumare will breathe life into them. This how humans populated the earth and how the earth was created.