After Fighting For The American Dream, Why Did George Washington Still Keep and Used Black Slaves?

By Yeshuasbreed (self media writer) | 11 months ago 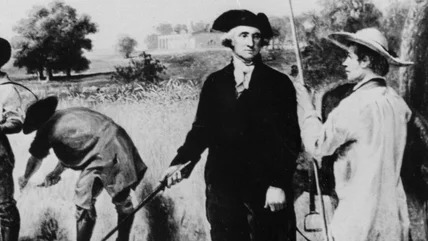 George Washington was the first president of the United States of America, a nation that was created out of the sweat and blood of those who believed that they deserved to be free from the rule of monarchy and to create a government for them, them, and with them. This was an interesting factor, a concept which almost seemed foreign at a time when freedom was scarce and many were ruled with iron arms.

Washington championed this movement, however, for someone who fights hard for freedom, and took the idea that all men are equal and shaped into a constitution, he still owned slaves, in fact, he owned several slaves but shall we assume that he had his reasons? 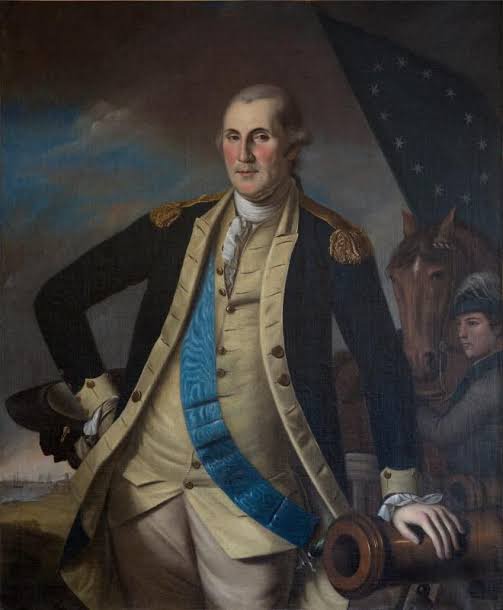 Historical sources have often claimed that unlike those who bought slaves and used them, Washington was a man who had inherited his slaves as a child. He had no other means of carrying out chores, and activities without the presence of his slaves, especially due to the location of his home, Mount Vernon, and the activities that went on there. When first elected president, Washington resided in New York City, followed by Philadelphia, Pennsylvania. He took slaves with him to serve in his presidential residences in those two cities.

Despite having created some basic laws that restricted the use of leaves in these states, especially in states mentioned above, such as New York and Pennsylvania, Washington who knew these laws and understood them well enough, began to utilize loopholes, especially since the laws were only created a century before the Civil War, but had been quite predominant as a discussion and socially acceptable behavior not use slaves around these states. 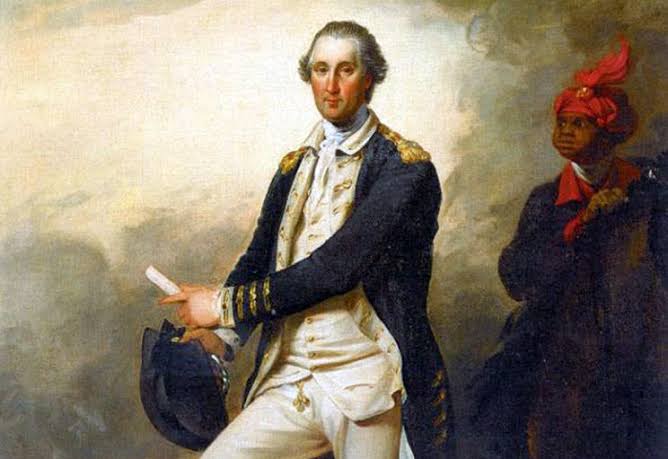 So one wonders, what reasons could there be for this, I mean, what reasons could justify this, especially if he was one of those who Coined the use of the phrase, Land of The Free. Interestingly, in 1780 the state of Pennsylvania passed the general abolition act, which gave freedom to all Enslaved people over the age of 28. So instead of giving up his slaves, or freeing them, Washington devised a plan to keep them. He began rotating the service of his slaves. Since he lived in Pennsylvania where the law was passed, Washington decided to always send his slaves back to Mount Vernon, in Virginia, just 6 months before his slaves were due for freedom.

Knowing that the law to abolish Slavery had not been passed in Virginia. When the slaves returned to Pennsylvania, the six-month timer reset and Washington could continue to keep them as property. 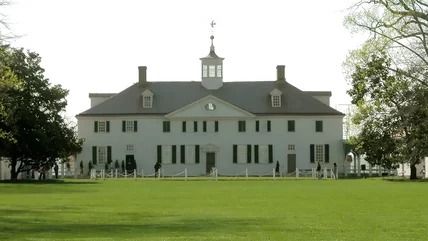 The picture above is that of Washington's property in Virginia, called Mount Vernon, and according to sources, this property utilized at least 300 slaves at the time of Washington's death. Among these slaves, are 130 who belonged to Washington personally, while the rest came from his wife Martha's first marriage.

I often find it interesting, that a man who fought for the escape of thousands of people from what was Presumed a form of Slavery, as they were under the monarchial system, and pushed for their escape, had to be escaped from. Historical sources had often stated that at least seventeen slaves escaped Washington's Estate on a ship during the American Revolution. In fact, his first wife's personal maid a 22-year-old named Ona Judge, who had been chosen to be sent away as a wedding present, also escaped.

According to sources, Ona Judge learned that she was about to be sent off to a newly wedded couple as a wedding gift, and so she fled to New Hampshire, a move that sparked a three-year hunt. Washington thought that he had such great effect on his slaves, especially Judge, whom he owned, that she couldn't have simply left to seek freedom but had to have been convinced by an outsider or Insider.

Lovely enough, Ona Judge's story didn't end terribly, rather she returned to England, the very land which had been tagged a place where the men were not equal, and lived a free life where she got married.

However, history eventually put Washington on the good side of the slave conversation, when it claimed that he eventually softened his stance on Slavery in his last years. Interestingly, he wrote in his will that all of his family's slaves should be freed upon the death of his wife, Martha. "Yet his conniving abuse of a legal loophole, kept secret from all but his wife and most trusted secretary, shows the darker side of one of America's most beloved historical figures," as Grunge rightly puts.