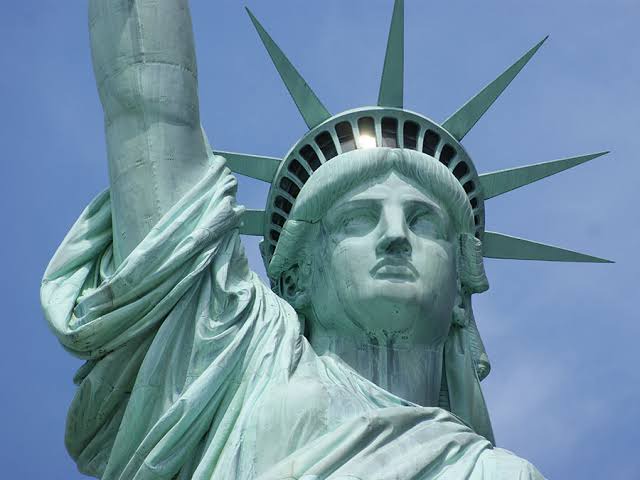 The Statue of Liberty, one of the most famous statues, or artistic Depictions ever created in the world, is also known in its official name as "Liberty Enlightening the World". From the name, one would know that something interesting was cooking in the minds of those who created it, and gifted it. There are so many things that are depicted in that single piece of art and it is done in such an interesting way, one would think the creator(s) was being very creative and was trying very hard to pass great messages to the world, through America. For instance, there are the seven points of the crown, specifically done to represent the seven continents and seven seas.

Then there is the torch that can be seen in the hands of the lady of liberty, as a sign of light that points the way for those who are journeying to freedom. Of course, according to Boredom Therapy, the fact that the Lady of Liberty as some call her, is facing the southeast is a depiction of the direction where ships arrived in New York and also serves as a way of welcoming sailors who are arriving at the New York Harbor. Of course, there is the tablet in the left hand inscribed with the Roman numerals for July 4, 1776 (American independence); and the broken shackle cuffs on the ankles as well as broken chains around the feet, representing freedom, interestingly, this is where the idea of Slavery, comes into the very clear yet obscure picture. 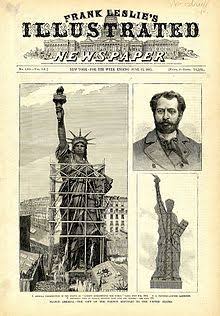 What many do not know about the idea of the several symbolisms on this statue is that of the chains. It is a story, a depiction, and what it supposedly represents is even more interesting. According to American sources, the broken chains on her feet represents the general concept of freedom but specifically, it represents the symbol and celebration of the abolition as well as the 13th Amendment of the United States Constitution, which was passed by the senate in 1864, the House in early 1865, and ratified in late 1865 — which outlawed slavery. 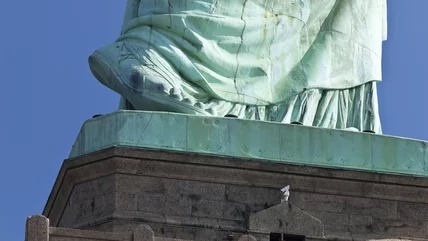 Another interesting thing about the statue is how it got to the United States, as a gift presented to the then newly formed country from France. It originated with the French scholar and poet, Édouard de Laboulaye in 1865. According to Grunge, "Laboulaye conceptualized a statue that would be a celebration of the 100th anniversary of the United States' independence from Great Britain. As he had no design experience, sculptor Frédéric-Auguste Bartholdi stepped in, as did engineer Alexander Gustaf Eiffel (yes, as in the Tower)."

According to the National Park Service, the creator or perhaps originator of the idea, Laboulaye, was an expert on the U.S Constitution, he supported the fight for the freedom of the United States, and was a big fan and a supporter of the Anti-slavery movement at its earliest stage, by supporting Abraham Lincoln. Interestingly, he was also a co-founder of the French Anti-Slavery Society in 1865.

When one stares at the statue of liberty, one would notice that one of its legs is raised above the ground in what seems like an intentional depiction of something interesting. According to Boredom Therapy, as seen in the photo above, the other foot is surrounded by broken chain and shackle, which according to the dreams of Laboulaye who originated the idea for the statue, it is to show his support for the abolition of Slavery, as well as to indicate his protest against France's repressive inclinations. The National Park Service also notes that "Laboulaye hoped that France's gift would inspire French citizens to embrace democracy over the country's monarchy." 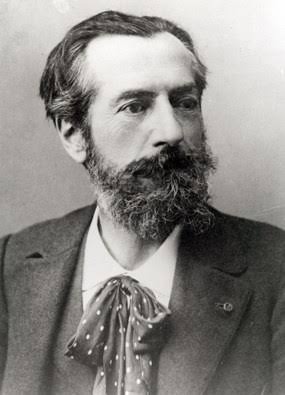 The symbols on the statue seem to be a lot but down around the legs there is a very important focus on the ideology of freedom and in turn, the reality of Slavery in the American culture as at the time that it was gifted to the county. Many of the symbols seem to represent or perhaps are greatly associated with immigration. The statue facing the southeast part of the city, and the interesting ficus on the chains and lifted foot. Though some believe the symbolism represents immigration more than they do Anti-slavery movement and their claims are supported by the famous Immigrant inspection station at neighboring Ellis Island and the Emma Lazarus poem on a plaque at the base of the statue that begins, "Give me your tired, your poor, Your huddled masses yearning to breathe free" (Via Grunge).

Though these claims take root as seen in recent writings and documentations by the Right-wing writers and spectators, there is a claim by the Washington Post, which points to the fact that Ellis Island didn't open until 1892, six years after the statue's unveiling, and the plaque wasn't added until 1903.

On the other hand, History professor Edward Berenson told the Post, "One of the first meanings [of the statue] had to do with abolition, but it's a meaning that didn't stick." Interestingly, Grunge Notes that Laboulaye's tribute to abolition didn't resonate with many Black Americans, quite a surprising fact that has been backed up by reactions of many Black writers. 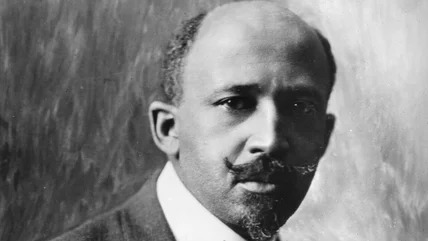 National Park Service relates that the reaction of some Black notable figures didn't exactly welcome the statue despite its supposed effective message to Anti-slavery. According to the media platform, some Black newspapers pointed out the irony of the Statue of Liberty celebrating American freedom and democracy while racism and discrimination continued to run rampant in the United States after slavery was declared illegal.

One would see that the problem was greatly on the idea of what these black writers considered to be hypocrisy. Especially since at that time, perhaps just a few years after the unveiling of the statue, the Supreme Court had failed to uphold many laws guaranteeing civil rights for Black Americans, and racist Jim Crow laws were becoming more common throughout the southern United States. They wondered why a statue could be placed on the shores of New York celebrating freedom when they weren't free.