By Frankmedia (self media writer) | 20 days ago

The world is advancing and embracing new developments. Even though development helped to ensure the safety of humanity, many people tend to forget their Igbo culture instead of promoting it. There are many cases where parents teach their kids only the English language, how to eat English food, and wear English clothes. However, despite the fact that Obi Cubana is one of the most influential and wealthy man in Nigeria, he has, in so many cases, promoted Igbo culture as well as his wife and children. These cases include the following:

Many people may not be aware that cows which are bought for burial ceremonies are not only for the purpose of eating, but also for the burial rites. Remember that during Obi Cubana's mother's burial ceremony, he and his friends purchased a large number of cows, which the news spread around the world, promoting Igbo traditional burial ceremonies while also raising many questions.

Non-Igbos may be curious about the reasons for the cows purchased by Igbos during the burial ceremony. According to Igbo tradition, they believe in the existence of a person after death and in their ancestors as the living dead. That is why they offer a befitting burial to prevent the spirit of the dead from haunting them without recourse to the cost implications. They usually do this befitting burial with cows. The cow ritual is an expression of family bonding that extends beyond the physical to the deceased parents, as well as an effort to maintain a harmonious relationship with the supramundane. 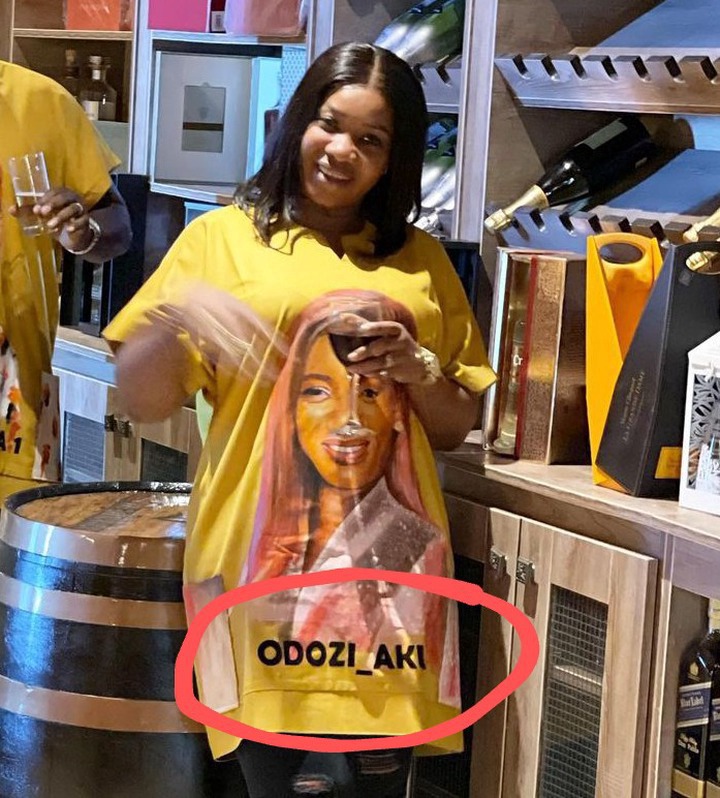 When her husband got a Chieftaincy title, she as well got it. She went further to write her title in the Igbo language, "Odozi Aku", which means costodian of wealth, on one of her favorite clothes.As an influential woman, many people who saw her photo wearing the clothes on social media may have been convinced to love the tradition and also get a Chieftancy title too.

On the eve of Independence, his children were dressed in Igbo traditional attire. This includes the rob, beads and cow tail. 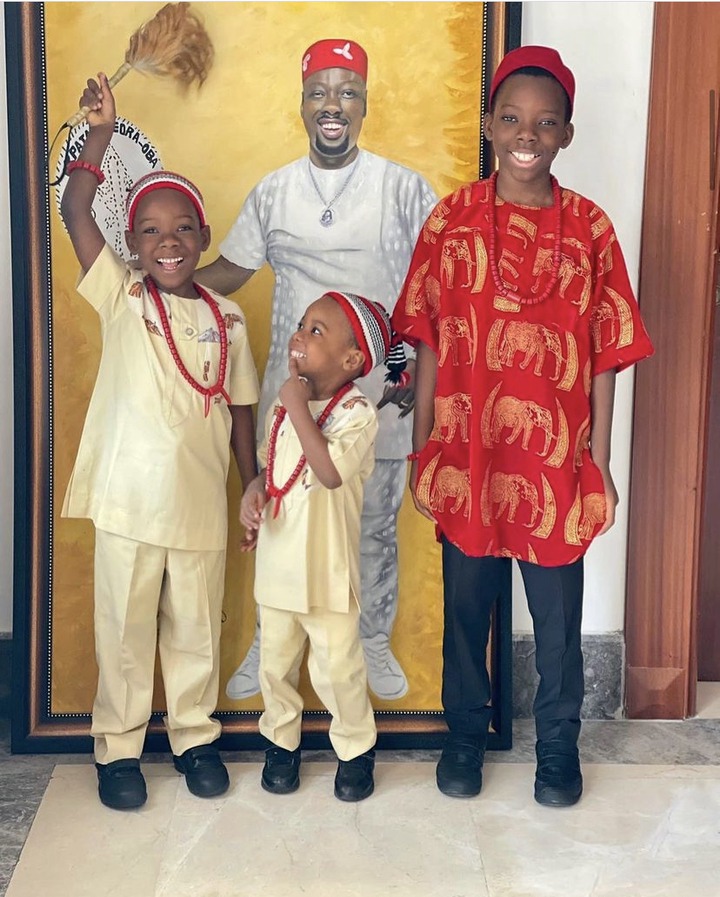 What you have to know about Donald Trump's social media platform, Truth Social.

Cubana Chief Priest Advises Lady Who Drew His Tattoo and Obi Cubana's To Take Up A Waitress Job.

'I Love Him So Much' - A Lady Who Drew Tattoo Of Billionaire Businessman, Obi Cubana On Her Body Says