Orisanla, Oduduwa And The Battle For The Earth - A Yoruba Myth

In a Yoruba myth that concerns the creation of the earth, there was a strong battle between two brothers Orisanla and Oduduwa that only the intervention of their father Olodumare settled it.

According to the story, Olodumare wanted to create earth so he sent one of his Orishas to do the job. The orisha he sent was known as Orisanla who is known as the god of purity.

Olodumare gave Orisanla the needed item to create the earth and sent him out on his journey. As Orisanla was making his way to carry out his work, he saw some gods doing a party. He decided to join briefly before leaving for his assignment. As he joined the party, he was offered palm wine and he drank. He became drunk and fell asleep. 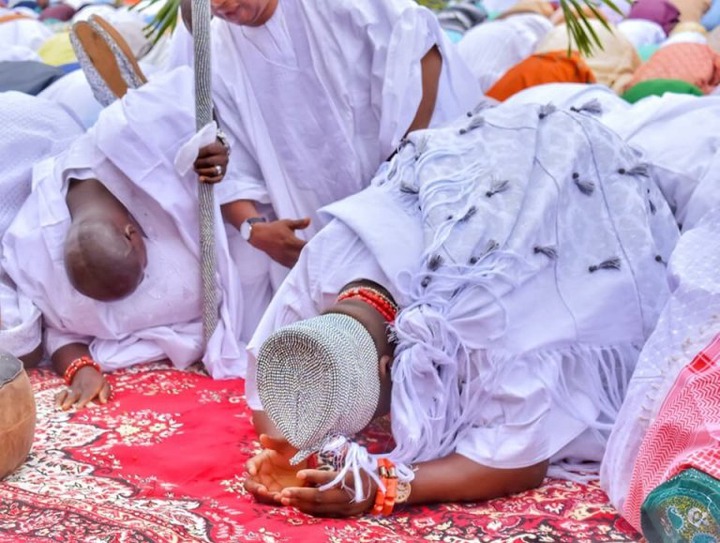 When Orisanla woke up, he noticed the items given to him to create earth had gone. He search only for him to realise that Oduduwa had taken the items and had created earth when he was asleep. From that moment, Orisanla placed a curse on palm wine (worshippers of Orisanla today forbids palm wine).

The fight was so strong that Olodumare was disturbed and he had to intercede in the matter. Olodumare decided by giving the earth to Oduduwa. And as a way of compensating Orisanla, Oduduwa gave him the opportunity to create humans. This was how the fight between Orisanla and Oduduwa was settled.