The History Of The Controversial Igbo Chief Of Udi

Onyeama was born in the 1870s, the youngest of the 10 children of Ozo Omuli Owusi, a polygamous titled man of good reputation, at the age of seven, he was initiated into the masquerade society by his father. Onyeama’s father died while he was still a teenager and his mother also died after the death of his father. 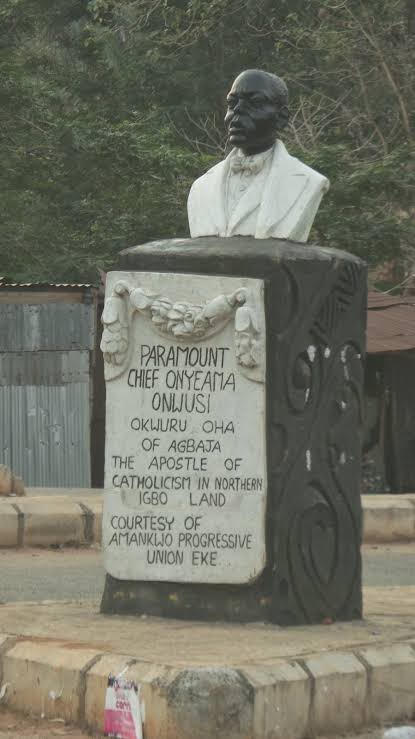 While being raised by his brother Amadiezeoha Nwankwo Onwusi, Onyeama worked and made his mark as a reputable business man in his community, he traveled to towns such as Arochukwu, Abriba, Arondizuogu, Bende, Oguta, Uburu and a host of others. Onyeama became so rich that he was able to buy his way into the Ozo title, and later married a local beauty Afia Nwirediagu and later Gwachi Ebue.

With the influx of the British missionaries, and at the peak of colonization in Nigeria, Onyeama was able to convince the colonial masters to award him the title of “warrant chief” of his hometown Eke in present day Udi local government of Enugu state. Onyeama saw himself as the absolute leader, whose authority cannot be undermined, this led to conflict between Onyeama and the incumbent Obi of Onitsha (Obi Okosi I) whom he saw as a lesser chief. To him (Onyeama), he was in the same league with the Oba of Benin and the Ooni of Ife. This set the stage for a looming showdown between the kings of the northeast igbo ( called the wawa) and the south west Igbo ( called ijekebee).

It was at the usual gathering of Igbo kings in 1928, all major chiefs and kings in the old Onitsha province ( including Enugu) and beyond had assembled in Enugu to welcome Captain W. Buchanan Smith, the recently appointed lieutenant governor of the southern Nigeria province. The Obi usually occupies the highest seat as the highest monarch in Igbo land, when Onyeama entered later, with his entourage and drummers, he was infuriated to see the Obi occupying the highest seat in his domain.

The infuriated Onyeama ordered the immediate removal of the powerful king of Onitsha. A scene ensued, with the District Officer trying to placate the situation, Onyeama turned, and in anger uttered “wa”, an Igbo lingo for “no”, and as a mark of immutability, he stated “wawa” which means “never”.

He decreed to the colonial masters, “if that man is still occupying that seat by the time I come back, leopard will eat him”. Onyeama left their company in anger, he got his way and prevailed as the greatest king in town. 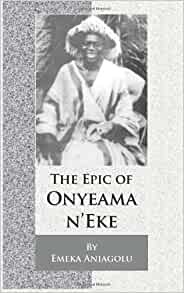 Onyeama did not make many friends for himself as a king, he was once accused of burying an unfaithful wife alive, this and other images of brutality, absolute tyranny, wife snatching and murder have always accompanied the legend of Onyeama. His people looked at him with a mixture of fear and admiration, his secret police ( made up of local wrestling champions), struck so much fear in the hearts of both chiefs and commoners.