The Greatest Criminal in History

By DanielSampson_05 (self media writer) | 1 year ago

Pablo Emilio Escobar was a Colombian drug-lord and a Narco terrorist. He died having a networth of 30 Billion USD. Now that’s a very huge number to register into one's mind. So let me break it into small fragments so that it is understandable. 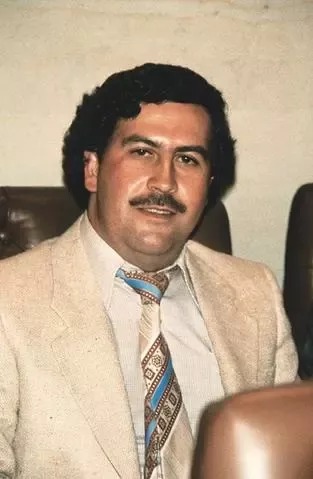 In the year 1989, Forbes declared that he was the 7th richest person in the world. He earned $60 Million USD everyday, which equals to $420 Million USD every week and equals to $22 Billion USD every year! He was making so much money that they had to spend $1000 USD each week only for rubber bands to keep their mountains of cash neat and organized! They ran out of places to stash their money and they had to resort to hiding them in old warehouses, and they even buried them in remote fields! Escobar thought of writing off 10% of his income simply because they were eaten away only by rats or damaged by water. That is about $2.2 Billion USD every year were being destroyed and it didn’t much affect Escobar at all! He is the man who literally burnt $2 Billion USD all in cold cash, when his daughter was feeling cold! 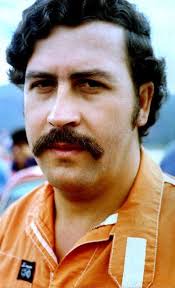 You must not have been able to completely visualize his income yet, let me help you get an even more clear idea.

The average income of a person per year, in Columbia: $5,194 USD

This means that it would take 42,35,657 average Colombians to make Escobar’s Yearly income!

What did he do to earn all that money?

The engine which provided all the money to Pablo was the Medellin Cartel, a ruthless drug organisation which smuggled Cocaine to America.

They owned a small island in the Bahamas which they used as a refueling point to their flights which smuggled cocaine from Columbia. This tiny island had a 1 Km long airstrip where they would land their large planes, transfer the Cocaine onto smaller planes which then flew to remote dirt roads in the south of Florida, and from there the Cocaine would hit the streets of the United States. The Cartel was making 5–8 landings per day. This Cartel also had two fucking Submarines which helped them increase their numbers! All together the Cartel was shipping 15 Tons of Cocaine everyday! So, the Medellin Cartel was contributing 84–90% of the total Cocaine supplies in the United States! And about 80% of the total Cocaine supplies around the world! Lets get more clear with some more numbers:

But on 2nd December, 1993, this wealthy drug kingpin was killed by a group of Colombian troops. Escobar attempted to flee from a hideout in his home base of Medellin, Colombia, by scrambling across a neighboring rooftop. Instead, he was cut down by gunfire. The bloody corpse of the world's most powerful drug lord splayed across a tile roof in the city that was once his fortress