For several decades, most of African cultures and customs have been demeaned and described as uncivilized and in some quarters as discriminatory against girls and women. 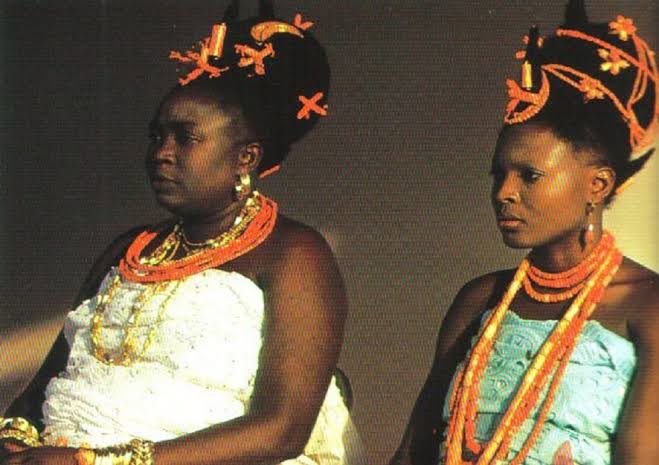 While one may not authoritatively defend every aspect of ‘black man’s customs (though it may not be necessary to do so), it has become important to take a synoptic look at the severally touted issue of gender suppression and discrimination among the Igbo people of Eastern Nigeria with a view of encouraging proper evaluation of indigenous customs before throwing them overboard; perhaps consequent on sheer slave mentality.

This write-up will expose us to different cultures of Igbo people and the misconceptions people give to them.

First, let us take an overview of the pride of place of the female child in the Igbo clime: as a child/daughter, then as a wife and mother.

The boys are mainly sought to assist the man in his trade and family upkeep as well as territorial security. The foregoing is further buttressed by the common names: males are called Ikem, Ezeaputa, Orji, Onyeogu, etc. While sample female names among Igbos include Ngozi, Amaka, Obianuju, Nwakaego, Nwando, Akwaugo, and Apunanwu (market day names excluded), while wives were/are addressed as Oriaku (meant to consume wealth). Note also that unmarried men were regarded as irresponsible and not admitted to policy making meetings.

Originally, capable Igbo men were traditionally polygamous, hence, many a time, there were no issues about male or female children. However, in the rather few instances where a man died without a son, no property of his was taken over by anybody because:

a) The wife could accept becoming ‘married’ to her late husband’s brother.

C) The woman/wife marries another wife on her husband’s behalf.

Indeed, many a second or third wife in those days was married by the first wife after years of infertility (primary or secondary, or for gender mix) hence the most polygamous families lived in peace. These were methods of adoption of children among the Igbo people.

Unfortunately, many of these customs have been ‘criminalized’ by the foreign culture mix that confused the place of pride of the girl child among Igbo people for discrimination.

Marriage of a Deceased Brother’s Wife to his Brother:

This practice of those days: where a man died and left a young wife and children, then the young woman got re-married to a man in the family has been described as ugly and unacceptable by the ‘modern woman’, and taken into the mainstream untoward cultural practices by rather uninformed people and unschooled activists.

If one lost the husband, formalization rites must be performed before the ‘other husband’ could have conjugal rights: it used to be a mutual thing supported by the evolutionary theory.

It must not be viewed as disrespectful or derogatory to womanhood; except if promiscuity were a more desirable behavior than prudence and proper nurturing of children who were envisaged by the original practice.

Another issue that has raised unnecessary dust is family assets. Some careless women rights’ activists over orchestrating the issue of sharing deceased fathers landed properties. In this case also, one must state without any fear of contradiction that females in the Igbo land are entitled to their father's wealth as much as males are.

An unmarried daughter, as shown in the paragraphs above, could have children for the family, and the male child is considered and treated like the deceased fathers child/children.

In cases where the female child is yet to get married, she is entitled to ‘farmland’ for her upkeep along with her mother. The issue of perpetual ownership of land comes in an issue where the man of the house did not make a Will. But if a man shared her landed property and gave any parcel of land to his daughter (s), that would remain. The Igbo people hold that ‘Onye nwenu n’eke’ (one is entitled to share or give out what belongs to him or her as he or she wishes). This practice is valid even up to this moment.

Daughters, therefore, not only inherit land, but may also inherit houses. It is thus ignorance or malice that makes people misrepresent Igbo culture/custom as one that does not permit female inheritance of landed property.

While it is not true that Igbo people did not have kings, it is true that Igbo kings did not usually exercise autocratic powers. They were leaders whose biggest authority was at worst an authoritative style. The kings (Eze or Obi or Igwe) most of the time acted like the senate president of today.

He took every issue to his council of elders, evoked the existing regulations already established by accepted norms, and in contentious issues ‘had the casting vote'. Again, the kings were under dangerous oaths not to malign the integrity of the stool and the ‘eye of the gods’ were around to remind them from time to time.

In Conclusion, gender roles should therefore not be a mark of legislation. It should evolve; new roles should evolve as families, communities and human kind continue to do the needful to ensure survival of Homo sapiens on the planet earth. If legislation could change such things without damage, why has America not produced the first female president? Indeed, it is foreign adulteration of the Igbo culture.