In December 1916, Gregory Refimovich Rasputin, who rose as a common wandering mystic to become a powerful and influential person in Russia under Emperor Nicholas II, began to sense that his time is near. He had survived two earlier assassination attempts on his life. He wrote a warning letter to the Emperor that should the royal family be involved in his death, within two years after his demise the King and his family will also be eliminated. That was exactly what happened. 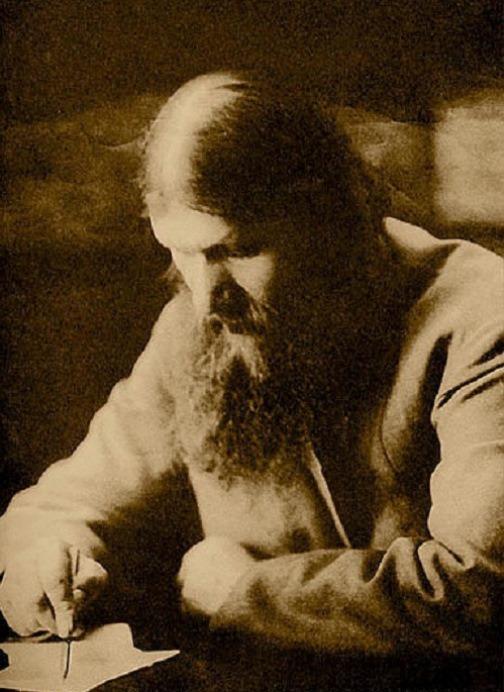 It is was not certain if Rasputin wrote the letter due to divine inspiration or through intelligent deduction of events as they unfold in Russian and Europe at the time. But in December, just shortly before he met his end, he decided to write a letter to Emperor Nicholas II warning that: If I am killed by common assassin and especially by my brothers Russian peasants, you, the Tsar of Russia, will have nothing to fear for your children....But if I am murdered by boyars, nobles...for twenty years there will be no peace in the country. If it was your relations who have wright my death, then none of your children will remain alive for more than two years...the Russian Tsar, you will be killed by the Russian people." 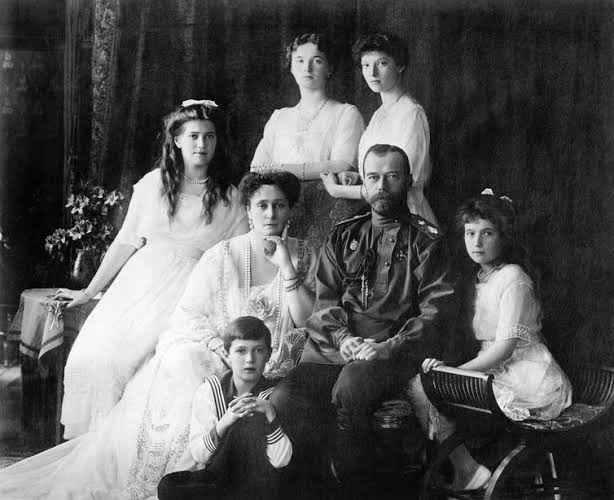 Czar Nicholas II, Queen Alexandra, and their five children: Princesses Olga, Tatiana, Maria, Anastasia, and Prince Alexei. They were all executed by revolutionaries on July 16, 1918 (Image: The Conversation)

Rasputin presented himself as a spiritual man of the Russian Orthodox Church, but records had it that he was never ordained. He was regarded as a mystic with spiritual powers to heal and to foretell. His life began as that of a lowly peasant from Siberia. He moved to Moscow and later joined a monastery without taking a vow, but which help establish his claim as a religious person. During some of his wanderings, fate or fortune led him to the royal family who were swept by his charm and considered him a close confidant. 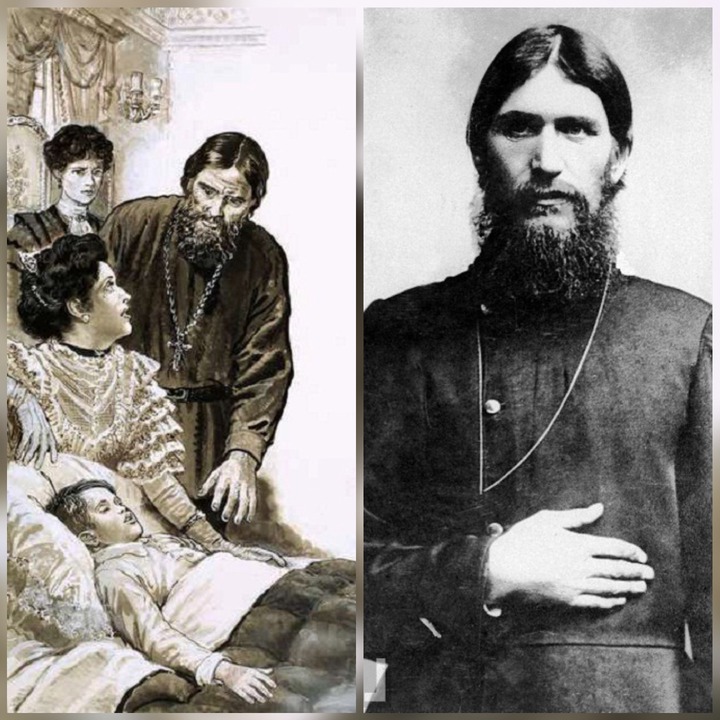 This was the opportunity that transformed Rasputin into a powerful man in the Russian Empire. He had the ears and trust of the Emperor and the Queen, Alexandra. The influence of Rasputin on the king was frowned upon by the extended royal family members, as well as the public. Administrative and foreign policy failures by the Emperor between 1905 to 1917 was blamed on his relationship with Rasputin. Some began to entertain the thought that if Rasputin was eliminated the Monarchy and Russia will be safe.

On December 29(or 30th) two royal family members Prince Felix Yusupov and Grand Duke Dmitri Paulovich, and another Russian politician invited Rasputin to Yusupov's home for a meeting. They had planned to kill him. According to Yusupov in his memoir, Lost Splendor And The Death Of Rasputin, revealed that he had laced the cake and wine served to Rasputin with poison(cyanide). But strangely, the poison did not act on the man whom the Russian public referred to as the 'Mad Monk". It was at that moment that Yusupov decided that Rasputin must be shot. And he did shoot him. After some time, the monk woke up again, before other shots fired eventually killed him. The timeline Rasputin had written the Emperor began ticking on that day. 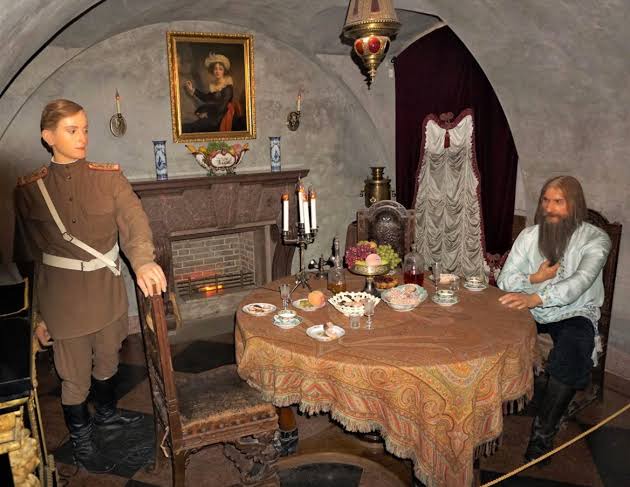 Prince Felix Yusupov invited Rasputin to his home, fed him poison cake and wine, when these failed to kill the mysterious Rasputin he shot him death (Image: Russiau)

Was Rasputin's projection due to intelligent deduction of political and social transformation and developments in Russia then or he was divinely inspired. There is no consensus on that, but it was well known that by 1916, the monarchy has lost its popularity in Russia. The relationship of the King and the Queen had embarrassed Russia before the international community, Russia lost a war to Japan in 1905! Russia had unwisely entered the First World War and was suffering greater defeats. Within Russia, communist revolutionaries inspired by Karl Marx were becoming more popular. In France, a revolution had deposed the Monarchy and the King and Queen were killed. Maybe Rasputin deduced that the unpopularity of the Czar would eventually end as that of the French King, especially with the emergence of the popular communist movement in the empire. 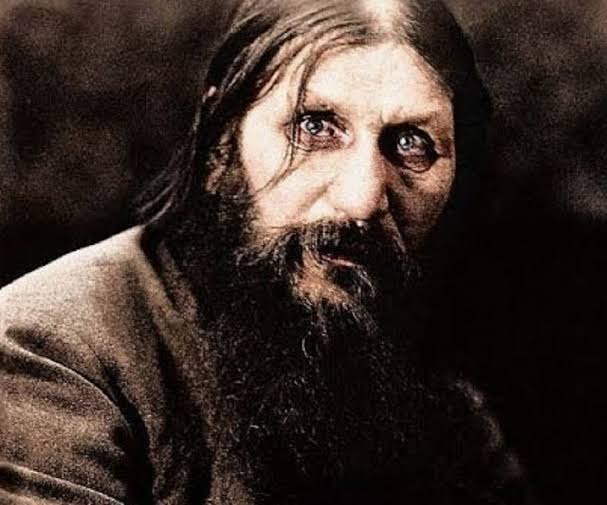 How Czar Nicholas II reacted when he heard that Prince Yusupov murdered Rasputin, based on the warning letter Rasputin wrote him. This is not known. Did he take the Mad Monk's prophesy seriously or did he dismiss it? That too It is not known. But what is known is that, on July 16, 1918, Czar Nicholas II, Czarina Alexandra, and their five children were executed by the Bolsheviks revolutionaries who took over the Russian empire during the 1917 revolutions that abolished the monarchy and established the first communist government in the world. Prince Felix Yusupov who killed Rasputin to save the Monarchy and other royals escaped with their lives and lived the remaining of their lives to never witness the return of the monarchy. The Bolsheviks communist consolidated their rule up until 1989, some say to date! 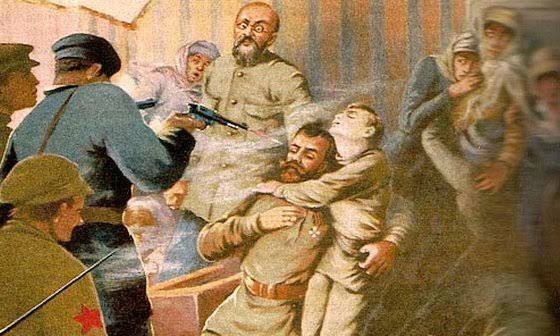 An artist impression of the execution of Czar Nicholas II and his family by Bolsheviks revolutionaries (Image: A Romanov Tribute/Tumblr)

He was called a charlatan when he was alive, ridiculed and vilified, and made a scapegoat of many government failures. Rasputin wasn't even an ordained priest, but in death, he inspired a legend that made him a "great man" in history to be talked about for many years. The alleged letter which revealed his prophecy to the Czar is considered the culmination of his legacy. But was the projection divinely inspired or intelligently deduced is cannot be determined with all certainty. That which cannot be disputed is that Rasputin foretold an incident and it happened as he said it would.

"Lost Splendor And The Death Of Rasputin", Felix Yusupov