By LuluLuana (self media writer) | 15 days ago

The past decade has witnessed some shocking and intriguing auction sales for art, clothing, and other valuable items.

From "celebrity memorabilia" to paintings from long pasted famous artists, the information below, gives an accurate account of five of the most intriguing and expensive auction items sold since the year 2010. Let's take a look at them. 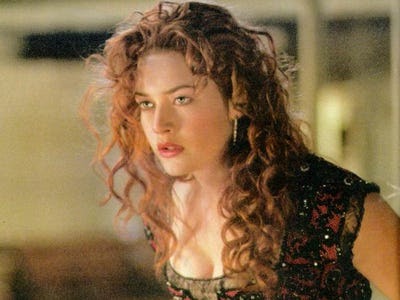 The legendary and heart felt film, Titanic, brought many to tears. But it may suprise you that the red and black dress was indeed a captivation for many. Winslet wore it for the character when meeting Jack (Leonardo DiCaprio), on the ship. The dress was sold for $330,000 in 2012.

Elizabeth Taylor's jewelry collection sold for $116 million at an auction in 2011. 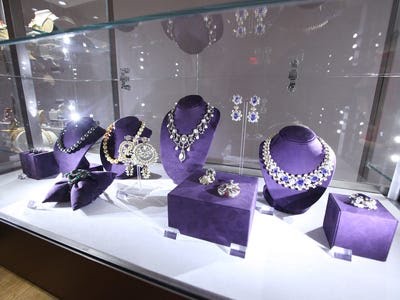 Elizabeth Taylor, once a Hollywood icon, had numerous collection of jewels, which included "a La Peregrina natural pearl necklace", among several other items. These particular jewleries sold for $116 million at an auction in 2011.

The most expensive dress ever sold at auction was Marilyn Monroe's "Happy Birthday, Mr. President" gown, which sold for $4.8 million in 2016. 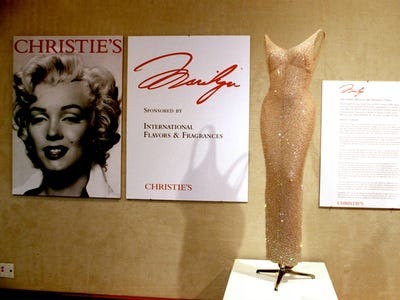 Marilyn Monroe was a beautiful and desirable woman by many. In November 2016, she wore an iconic gown while she was performing for John F. Kennedy. This all took place at a "Democratic Party fundraiser event" in the year 1962.

Amazingly in the "Julien's Auctions" which took place in Los Angeles in November 2016, the gown was sold for $4.8 million. 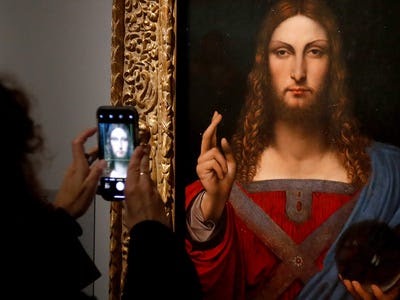 "Salvator Mundi" is said to be holding the. "most expensive work of art at auction" record, according to Christie's.

The painting, was created by the most famous painter of all time, known as Leonardo da Vinci. In November 2017 it was auctioned and sold for $450.3 million. 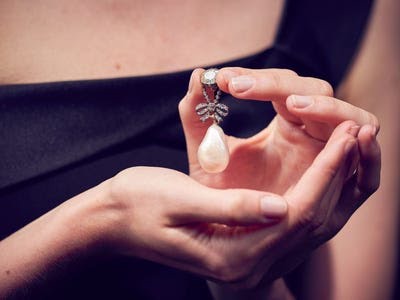 Considering it was just a pearl one would wonder how it was sold for such a tremendous amount of money. This pearl was the most expensive ever of Marie Antoinette's jewelry collection. The lady wore it as a pendant, which was sold for $32 million at a 2018 Sotheby's auction.

According to inside sources, the pearl was said to be "part of a diamond-studded pendant owned by the former Queen of France".