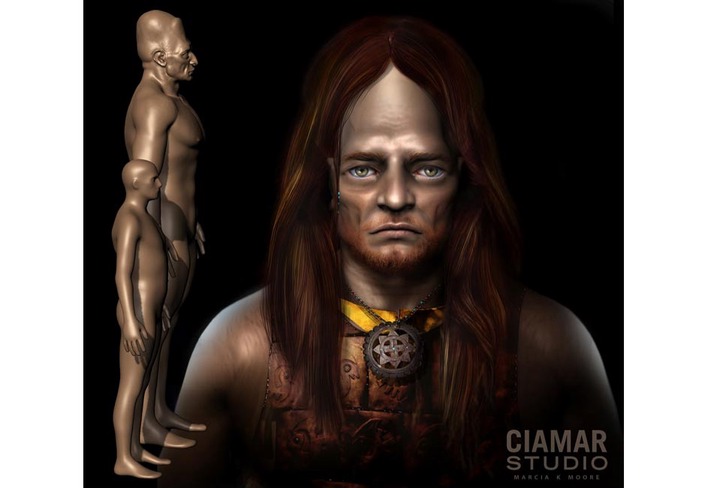 Genesis 6:4 reads as follows: "The Nephilim were in the earth in those days, and also after that, when the sons of God came in unto the daughters of men, and they bore children to them; the same were the mighty men that were of old, the men of renown."

It is common today for alternative history researchers to tell the story of how these beings were discovered en masse throughout the 19th and early 20th centuries. Historians, antiquarians, and archaeologists recorded the discovery of the Unique Physical Types all over the United States, with a large concentration found in the mounds and earthworks of the Ohio River Valley and along the Mississippi River. These accounts can be found in any number of county, township, and state histories, as well as anthropological literature from both inside and outside of the Smithsonian Institution. Here are several examples:

Kentucky: “From a mound on the farm of Edin Burrowes, near Franklin, were exhumed, in May, 1841, at a depth of over 12 feet, several human skeletons. One, of extraordinary dimensions, was found between what appeared to have been two logs, covered with a wooden slab. Many of the bones were entire. The under jaw-bone was large enough to fit over the jaw, flesh and all, of any common man of the present day. The thigh-bones were full six inches longer than those of any man in Simpson County. Teeth, arms, ribs, and all, gave evidence of a giant of a former race”. (History of Kentucky, Lewis Collins)

Jo Daviess County, Illinois : “The mounds on the bluff have nearly all been opened within the last two or three years…In all that have been opened the excavators have found in the center a pit that was evidently dug about two and a half feet below the original surface of the ground…The bones in this pit indicate a race of gigantic stature, buried in a sitting posture around the sides of the pit, with legs extending toward the center”. (The History of Joe Daviess County)

“Near the original surface, 10 or 12 feet from the center (of the mound), on the lower side, lying at full length upon its back, was one of the largest skeletons discovered by the Bureau agents, the length as proved by actual measurement being between 7 and 8 feet. It was all clearly traceable…” (12th Annual Report of the Bureau of Ethnology) 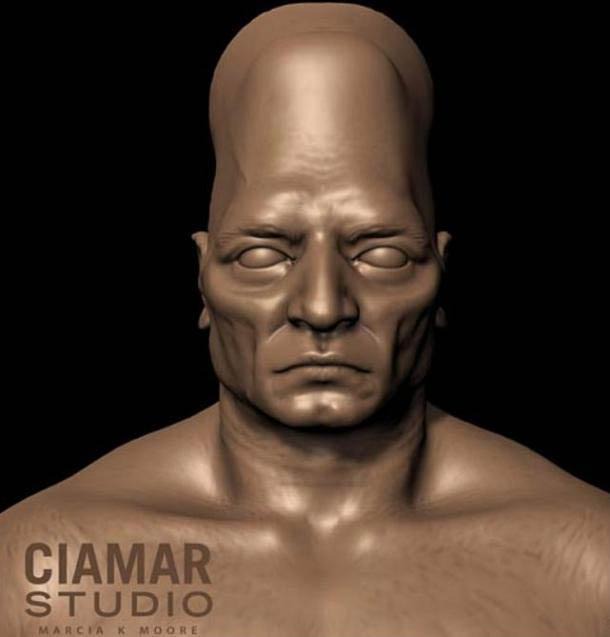 Kanawha Valley, West Virginia : “No 11 is now 35 by 40 feet at the base and 4 feet high. In the center, 3 feet below the surface, was a vault 8 feet long and 3 feet wide. In the bottom of this, among the decayed fragments of bark wrappings, lay a skeleton fully 7 feet long, extended at full length on the back, head west…. Nineteen feet from the top…in the remains of a bark coffin, a skeleton, measuring 7.5 feet in length and 19 inches across the shoulders, was discovered”. (12th Annual Report of the Bureau of Ethnology)

“Within the village of Brownstown, ten miles above Charleston and just below the mouth of Lens creek, is another such ancient burying ground…At Brownstown, not long since, two skeletons were found together, one a huge frame about seven feet in length and the other about four feet, a dwarf and deformed”. (History of the Great Kanawha Valley)

Florida: “Pursuing my investigations, and excavating further toward the south east face of the mound, I came upon the largest stone ax I have ever seen or that had ever been found in this section of the country. Close to it was the largest and most perfect cranium of the mound…Near by the side of this skull were the right femoris, the tibia, the humerus, and part of the radius, with a portion of the pelvis directly under the skull…Anticipating a perfect specimen in this skull, I was doomed to disappointment, for, after taking it out of the earth and setting it up, so that I could view the fleshless face of this gigantic savage, in the space of two hours it crumbled to pieces, except small portions. According to measurement of the bones of this skeleton, its height must have been quite 7 feet”. (Annual Report of the Boards of Regents of the Smithsonian)

These examples represent the various anomalous features of the Unique Physical Types, which were encountered in the 19th and early 20th centuries. Spatially and culturally, they illustrate the extensive temporal and geographical range of these types. The Kanawha Valley Mound Builders left their remains in an area where some of the oldest Fayette Thick Adena Pottery and diverse types of mound construction have been found. It has recently been suggested that sites in West Virginia may push the “acceptable” beginning of the Early Woodland Period back to 1400-1300 BC.