Check out the most important of languages and communication in Nigeria

We can communicate using the English language because we have been taught the rules of the language. 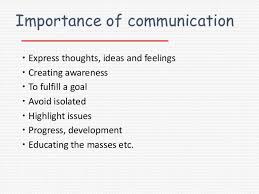 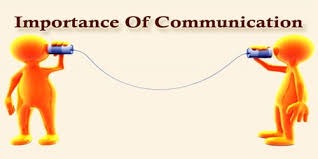 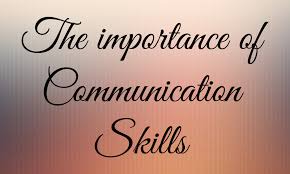 Language is a system of human communication spoken and written and consisting of the use of words that are structured in a sign and conventional way.

Language consist of a set of sound(we can hear because of this sounds, they make meanings to us because we have agreed and have been taught of what they mean and how to use them. That is why it is easy for us to communicate )and written symbols which are used by the people of a particular country, region.

However, Language generally is used for communication.

1. Communication; Human beings live and function within a society, so we need a means with which we can communicate with ourselves so communication is essential to any meaningful interaction.

2. Information exchange; for information to flow, we need language.

3. Differentiation; we use language to differentiate words from words, people from people, society from society.

4. Cultural identification; every nation has a language unique to it

5. Cultural preservation; helps preserve the culture and history of societies.

6. Comparison: we use language to compare, to differentiate a heavy object from the light object, long from short, wide from narrow.

Thus, All these are key functions of language in Nigeria, we have as many languages as there are ethnic groups even within ethnic groups we have variants

Because we have many languages in the world, linguistics (experts studying language or languages scientifically) categorized different languages of the world into linguistic families.

A linguistic family is a group of languages that traces their origins to a common progenitor or ancestor or proto-language or the same place.

Africa has 5 major linguistic families which are;

Niger-congo linguistic family ( there are 1,436 languages under this)

Afro-Asiatic linguistic family ( there are 371 languages under this)

Nilo-Saharan linguistic family (there are 196 languages under this)

Mothers, Are your kids tired of one type of breakfast? See how to prepare egg muffins.