History: Mary Slessor And The Killing Of Twins In Nigeria.

By FrankChukwu (self media writer) | 8 days ago

Killing of new born twins was a common practice among the Ibibio people of Nigeria, but a Scottish woman went to great lengths to put this to an end. 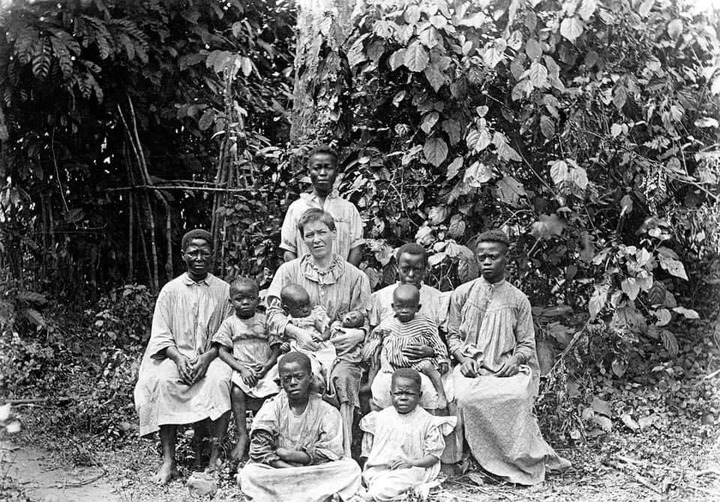 Born in Aberdeen, Mary Slessor was one of the few African Missionaries who learnt the local language and adapted to the native lives of the people to gain their trust, which helped her in making positive impacts in the lives of the natives.

Her father a Shoe maker, became incapacitated due to excessive alcohol intake. Mary had to take up the dirt of becoming the bread winner of the family at a very young age. By the age of 14, Mary had become a skilled jute worker, but Mary had bigger dreams than that.

Mary set sail for Africa on 5th of August 1876, arriving in West Africa, at the age of 28. Mary was first assigned to Calabar in Southern Nigeria, where her duties included teaching children and working in the dispensary.

Along with learning the local language (Efik), she also adapted to eating the local food, so she could save large sum of money and send some back home to her mother and siblings.

She became known for her interests in women and children’s rights, which were often at risk in calabar. When twins were born, the locals always thought that one of them was from the devil, and since the particular one was not known, the both of them were thrown into the evil forest and their mother banished from the community.

Mary personally took it upon herself to protect these newborn children and their mothers. She also made it a priority to change the cultural beliefs of the community.

She sent out twin missionaries to find and care for the abandoned twins at the mission house, she adopted all rescued twins including a local girl whom she named Janie, and later took her back to Scotland.

In 1888, she traveled North to Okoyong and lived a simple life there for 15 years, there she was known as the white Queen of Okoyong. She continued her focus in settling disputes, encouraging trade and establishing western education and religion.

Because Mary often places others needs above hers, she was always faced with challenges of ill-health and diseases. She later passed away in 1915, at the age of 66 in Calabar.

More than 100 years after her death, Mary’s legacy lives on, both in Africa and Europe. Several memorials testify to the values placed on her work, with a road, a roundabout, a church and several statues commemorating her in Calabar.

Her steps of saving baby twins in Calabar, was adopted by the British missionaries, thereby reducing the mortality rate of twin children born in the region.