Fiction: the interesting story of how "mermaid" made a man rich by giving him money

By Spirado4 (self media writer) | 6 months ago

"Emeka" lives in a remote village of Aha kingdom. His father used to be a great and popular hunter in his home town, but he was killed by a lion on Eke market day in a nearby thick forest at night while hunting

Emeka's mother also died after she suffered a brief illness having contacted a deadly virus as she was working on her farmland. Life had been tough for this young man. Not only does he not have money to support himself at school, he also doesn't have money to feed himself. Thanks to Mr. Mike, his uncle who adopted him and trained him until he turned 25.

His uncle was good to him and expressed love and care to him as if he were his own child. Nevertheless, his auntie related him differently. The 25-year old boy had no option than to accept his fate and do whatever he could to survive as a man. Even though it meant licking her aunty's a**. He endured a lot of insults and inhumane treatment from this woman.

Luckily for him, his uncle decide to settle the young man and gave him NGN70000 to start up business for himself. Emeka used the money to trade phone accessories (earpiece, phone batteries, chargers, USB, among others). Unfortunately, this business didn't fare well and he couldn't make as much money as he wanted to make. He ran out of ideas and the house that his uncle rented for him was about to expire. He begged his friends for funds to fortify his business but non offered a helping hand. His life became miserable. At a point, he felt like giving up on everything since nature had turned against him.

It all happened on an "Nkwo" market day as Emeka was going home to see his uncle between 5 to 6 PM. Their village was is from the city and the road that leads to their family is not motorable. The road has a horrible topography with bushes and streams lined up on both sides. It was really a quiet evening when Emeka was passing through this road. He saw people fetching water from the sream, amongst them, was a beautiful woman, fair in complexion, and tall. He was magnetized by the exceptional beautiful of the woman, so he couldn't help saying some words to her. She greeted her and exchanged some pleasanteries.

He asked the woman if they could chat on WhatsApp and she quickly gave her number to the young man. Soon afterwards, they left to their respective destinations. Emeka was so excited to have come across such a beautiful girl who accepted to share contacts with him. This is because most of the women he had met never gave him attention, considering his poor appearance. But this woman didn't care about this young man's outlook. Later, he spent two days at his uncle's place and asked him if he could help him with some cash, but the man gave him only NGN2000. This money could not do anything for this man because he was expecting more.

When he came back home, he messaged the woman he met on the road as he was going home who said her name was Queen. They had a lengthy chat about themselves and the woman understood Emaka was suffering a difficult time. She visited him and spent a night together with her. The next morning when she was about leaving for her place, she gave the young fellow some money to boost his business. And requested he ensures the money was specifically used to buy some of the items he sold. Emeka didn't do otherwise either -- he did as his new friend told him.

All this while, Emeka never knew where this girl came from not where she lived. He only knew her name and that he met her along a track road that leads to their village. The woman, notwithstanding, never revealed her real identify to this guy because she was supernatural.

Few days after Emaka integrated the money in her business, he began to experience a steady growth. His returns multiplied. He made enough money in his business that he abandoned the phone accessories business to sell men's wears. His shop expanded and people began to wonder the secret behind his unprecedented success. Emeka's business expanded and he started importation from China. He became a millionaire and built an upstair in his home town. Emeka became one of the richest men in his village. Surprisingly, Emeka lost the woman's contact. He tried his best to reconnect with the woman but his struggle to achieve this was unsuccessful. When he asked around the village and described the woman to the villagers, they told him that the woman is a mermaid who often comes out from a nearby stream. This guy was put in deep shock and he couldn't believe he spent a night in a room with mermaid. 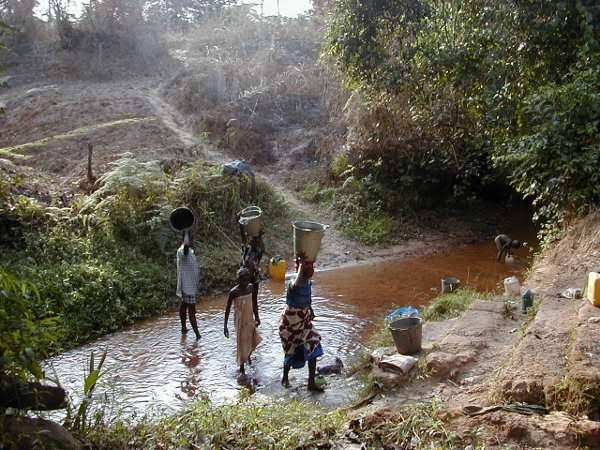 Content created and supplied by: Spirado4 (via Opera News )