Nigerian Woman With No Formal Education But Lectures In Arts/Craft At Harvard, Other Top Varsities

By OgunTescom (self media writer) | 29 days ago

NOT many in her homeland appear to know about Nike Okundaye's unique story. But in other lands, especially Europe and America, she is a ‘goddess’ whose works are cherished by Kings and Presidents.

Born in her native village of Ogidi, Ijumu Local Council of Kogi State, young Nike had high dreams about what type of future she wanted for herself.

But her dreams were truncated even before they could take form when she lost her mother at age six.

With the blow inflicted on her dreams by her mother’s death, young Nike was taken away to live with her grandmother.

At the time, many believed that by going to live with an old woman, the young girl’s future had been compromised.

But events have since proved that destiny may indeed have been at work in her journey through life. 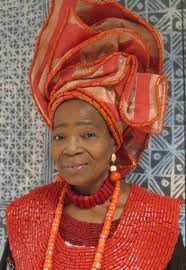 She had her first contact with the world of arts through her grandmother, who at the time, was the leader of cloth weavers in the community.

Though Nike was six years old and barely able to tell the difference between her left and right hands, she already had a picture of the kind of future she wanted.

With the death of her mother, her grandmother, whose responsibility it was to look after her, did not pamper her in any form. She ensured that the virtue of hard work was instilled in Nike’s young, impressionable mind. 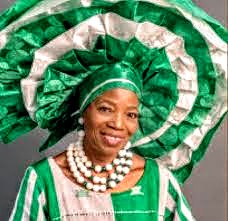 At that time, young Nike, unaware of the reason behind her great grandmother’s action, would cry, believing that she was being unnecessarily punished.

Although she lost her mother at a time she needed her most, Nike believed that destiny might have been involved in the way her life played out, including her mother’s death. Her believe was that her mother was a very hard working young woman who would have spared nothing to ensure that her child got a good education up to the university level.

Nike never went to school to study art, the vocation that has brought her to global spotlight. 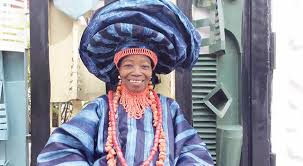 Vocational training in art was passed down to her by her great grandmother, the late Madam Ibikunle.

Watching her great grandmother in the art of Adire textile processing and helping her out, Nike walked up the line to become an expert in Adire making, dyeing, weaving, painting and embroidery.

Nike is today a world acclaimed artist and textile designer. She brings vivid imagination as well as a wealth of history and tradition into the production of Adire. Her works are celebrated in major capitals of the world, with her designs exhibited in countries like the USA, Belgium, Germany, Japan and Italy, among others.

Nike spent the early part of her life in Osogbo, a recognised hotbed for art and culture in Nigeria. During her stay in Osogbo, her informal training was dominated by indigo and Adire. 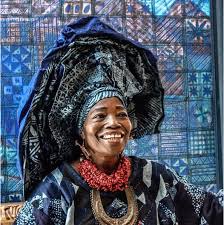 Nike’s romance with international exposure began in 1968 when she had an exhibition at the Goethe Institute in Lagos. Since then, she has grown to become a major name on the international art circuit. She is most outstanding in paintings and design of Adire, beadwork and batik.

As an accomplished artist, Nike has taught in several universities in the US, imparting the knowledge of her traditional Adire designs in thousands of eager students from across the world. Her teaching exploits have taken her to revered institutions like Harvard and Edmonton in Canada.

Interestingly, all the education she had at the time, was the traditional education that parents pass onto their children.