The Chronicles Of Queen Amina Of Zaria

Queen Amina ( also known as Queen Aminatu), as the older daughter of Queen Bakwa Turunku, the founde of the Zazzau kingdom in 1536. Some scholars date the reign of Queen Amina to 1549, after the demise of her mother. 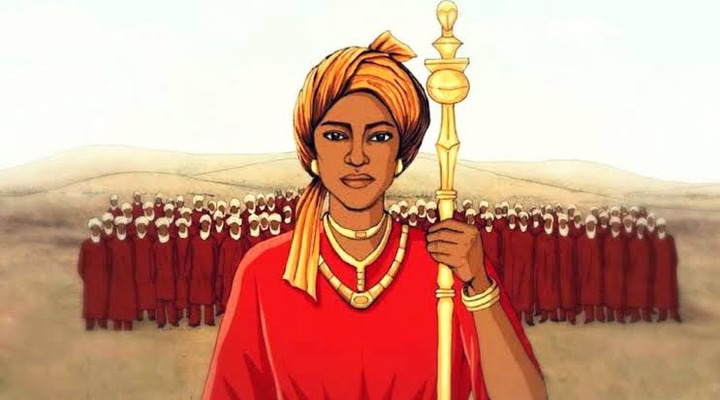 This medieval African kingdom was located in the region now known as kaduna state, in the north central geographical zone of Nigeria. Zaria ( aka Birnin Zaria) was named after Queen Amina’s younger sister Zariya, and is where the royal palace of Zaria resides.

The earliest commentator to mention Queen Amina, is Muhammed Bello’s history Ifaq al-Maysur, composed around 1836. She is also mentioned in the Kano chronicle, a well regarded and detailed history of the city of Kano and the surrounding Hausa people. It was composed in the late 19th century and later incorporated in oral history before the Fulani Jihad of 1804 - 1810. It included king-lists of the various Hausa kingdoms.

Known as a great military strategist, Amina fought many wars that expanded the Hausa kingdom. The lands of katsina and Kano were forced to hand over levies to her, and she also made incursions into the land of Bauchi, until she reached the Atlantic Ocean to the south and west. It was for this reason that the kingdom of Zanzak was the most expensive among the kingdoms of Hausa, since Bauchi included many regions.

Queen Amina is a legend among the Hausa people due to her military exploits, she controlled the trade routes in the region, establishing a network of commerce within the great earthen walls that surrounded Hausa cities within her domain. According to the Kano chronicle, she conquered as far as nupe and ruled the city for 34 years.

Zaria city was originally surrounded by walls built by Queen Amina, but those walls have since been removed.

She later died in a place called Attagaar.