History of a Small "Country" That Once Existed In The Southern Part of Today's Nigeria, Called Aro 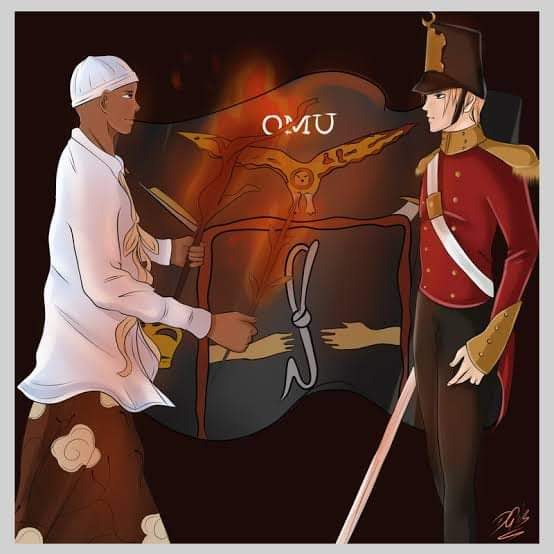 About 400 years ago, there used to be a country in the southern part of today Nigeria.

It encompassed what was previously known as the eastern region, Biafra, and now southeast and south-south.

The name of that country is Aro, historically known as the Aro Confederacy. It was established by the Aro people, comprising of the Igbos, Akwa Ibom, Cross rivers, Ijaws, Urhobos, etc.

The Ijaws and Urhobos were more like trading partners to it. The activities of the Aro nation provided immense wealth for all the coastline cities and all its city-states.

They fought expansion wars in all directions and sent slaves to the coastlines. The coastline communities traded the slaves with the British and Portuguese and the money traveled all the back into northward Aro communities like the Yala and Bahumono of today's Cross river states.

The Aros also established cities on the coastline like Bony. They went beyond bony, they set sail into the Atlantic Ocean, landed in Equitorial guinea, and established Aro communities there. These communities still exist today.

Its end stretched past Cross river state to Cameroon on the eastern front and the border of Edo on the western front.

This country brought prosperity to all its city-states and lasted for 300 to 400 years until the British put an end to it in 1902 after a series of invasion wars.

The Aro states conspired and foiled that expedition of 1895,1896 and 1898 leading to the massacre of several British personnel.

By 1902, the British had both increased in numbers and weaponry.

Every time the British invaded the Cross River, they realize that all of a sudden, the number of soldiers fighting on the Cross Riverside will multiply. This continued for some years until they found out that Cross River was part of a country called Aro. And the headquarters of Aro is in Arochukwu. Whenever they attack Cross River, Aro will dispatch Igbo soldiers to back up the Cross River soldiers.

So the British invaded Aro directly in 1901, the war was bitter and lasted only 1 month. Arochukwu was conquered, the British expected a surrender but the other states of Aro broke off and started fighting independently.

It took another 10 years for all of the Aro regions to be conquered. The last war happened in Mbaise in 1912.

In 1914, the British merged Aro with other western and northern kingdoms they had conquered, the name they gave that new merger was 'Nigeria'.

All over the old eastern region today, there are 100s of communities bearing the name Aro or can trace their origin directly back to some of the Aro commanders and generals.

Aro governors were called 'Omu', that's why many communities in the Eastern and South-south Nigeria still have traditional rulers with the title 'omu' today.

In 1967, the majority of the tribes in this region tried to recreate this country via another war and another name called Biafra. It didn't work.