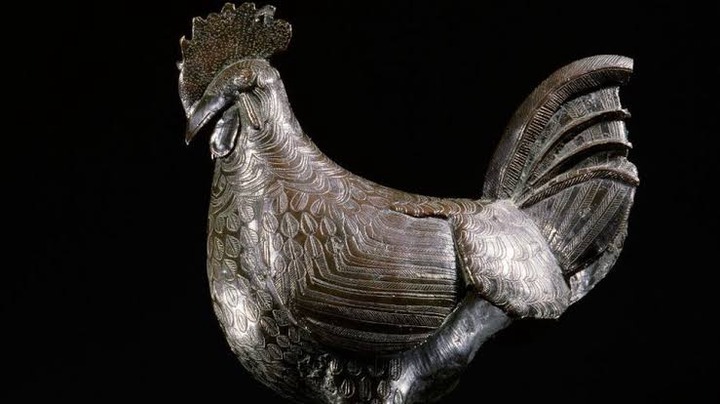 The people of Igueben are the manufacturers of Ada and Eben, using the lost wax techniques of producing bronze. Igueben is pronounced the Igbo way, Igwe-Eben, and it means the iron for producing Eben. “Igwe”, (Igue) is Iron in the Igbo language while “Igun” is Iron in the Benin language.

The true origin of the bronze casters in Igueben is Idumuoka. The bronze casters from Idumuoka are responsible for producing the king of Igueben, and he is called the Oka-Igun (Iron of Awka). These facts are easily verifiable in Igueben.

The then Obi of Ubulu-Ukwu, in present day Aniocha South Local Government Area of Delta State, opted to the Federal Government in 1977 that the proposed FESTAC Benin mask was a masterpiece of his kingdom and a product of his Ojugwus, who were very famous as Bronze smiths. He claimed that his forebears had presented the face as presents to the Royal Palace of Benin centuries ago.

He also requested that if given the chance, he would order his local blacksmiths to produce the exact replica of those masks.

A typical example of the Igbo influence in the Benin arts can be vividly seen in the Okukor art at St. James College, University of Cambridge. The prestigious work of art was definitely created by the Igbo Smiths, variously called Ojogwus or Okpu Uzus.