The British Occupation In Benin City And The Benin Art.

Following the British occupation of Benin city (Edo State, Nigeria) in 1897, objects made of Brass, Ivory and wood were looted by the British forces from the royal palace of Benin, its storerooms and compounds. Some of these objects were sold or exchanged on the coast. 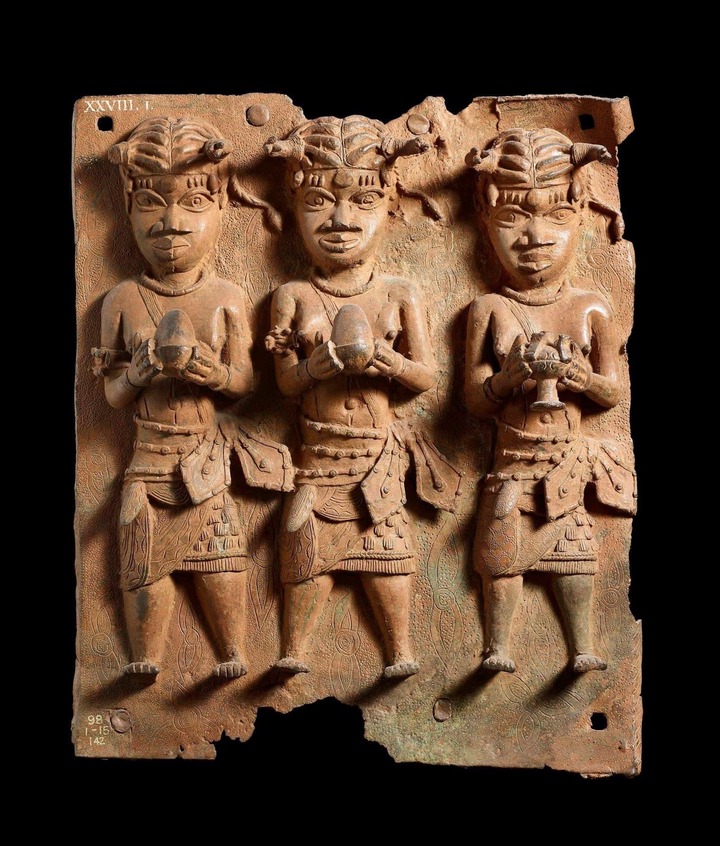 However, many were brought to the United Kingdom where they were sold through private auction, donated to museums or retained by soldiers of the expedition. The British museum successfully petitioned the British government to secure some of the Benin arts, and over 300 were sent to the United Kingdom by the Consul-General (Sir) Ralph Moor, and placed at the foreign office.

During the summer of 1897, the crown agents of the colonies, on behalf of the Foreign Office, agreed a temporary loan of 304 Benin arts to the British Museum. In September, these were placed in public display in the Assyrian basement, where they attracted a considerable public attention.

The Museum initially received over 203 of these Benin arts as a gift from the Secretary of State for Foreign Affairs. In the summer of 1898, a further 11 art works were sent to the British Museum from the Foreign Office, and three of these were selected by the Museum and were subsequently presented as a gift.

Of the remaining Art works, the Foreign Office retained eight and the rest were offered for sale to major museums, collectors and private dealers in Europe and the United Kingdom. Today, over 900 Benin Arts are known to exist in Museums and private collections around the world.

Over a century after British soldiers plundered an assortment of extremely valuable Items from the Kingdom of Benin, a portion of the Benin bronzes are coming back to Nigeria.

An arrangement was struck last month by the Benin Dialog Group (BDG) that would see "the absolute most famous pieces" in the memorable assortment returned on a brief premise to frame a display at the new Benin Royal Museum in Edo State.