How The Germans Killed Atleast 24,000 Africans and Almost Caused The Extinction of Southwest Nations 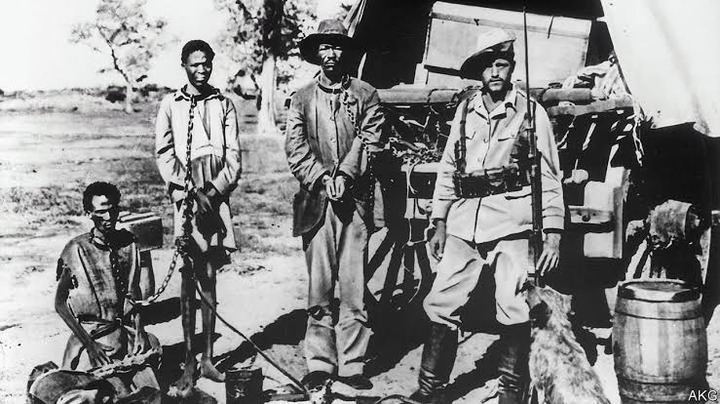 According to some historical findings, the word genocide wasn't a word, until the actions of some world leaders became too intense during wartime that a word to describe the death of the defenseless in their thousands, became necessary. Perhaps some of the most notable moments in history that could be described as genocides include; the famous death of millions of the Armenians at the hands of the Turks and of course, the famous Holocaust, which saw the death of Jews in their millions by the Nazis, during the Second World War. Despite the famous Genocide that is perhaps first referenced when teaching about the Genocide, there is a particular Genocide that happened before any of the above-noted ones. Am an unfortunate event that History notes, was responsible for the extinction of two nations of Southwest Africa – Herero and Namaqua – and this one was also done by the Germans. We need to understand the story of this unfortunate incident, and to do this, we have to start right from the beginning.

There was a time when great nations of the world colonized several parts of Africa. We understand that the French government had a share of the African continent, the British administration took over most parts of West Africa and beyond, and of course, the Germans were in charge of South-west Africa. During that period, this area was a colony of the German empire, this was between the years 1884 and 1915. It included the land of 835,100 square kilometers (322,433.91 sq. miles), which was one and a half times the size of Germany. 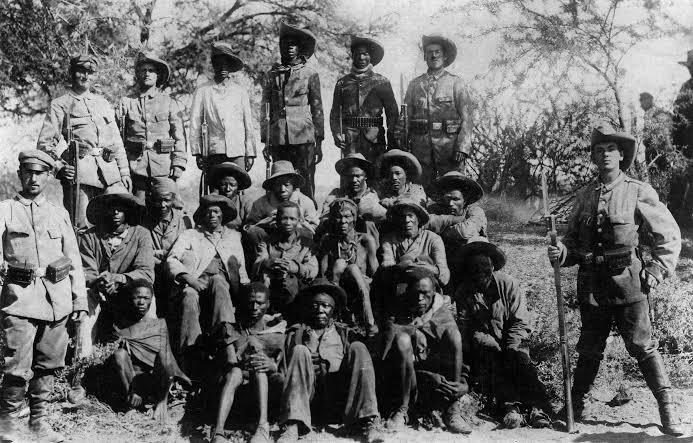 The land obviously served as a source of resources for the German empire, but it couldn't be accessed without first having some sort of dialogue with the people who called it home. They successfully colonized the land and called it theirs and those they found living there, became subjects of the German nation. This also meant that whatever country wanted to harm the German empire, could as well do so by attacking its colony. This was the case when in 1915, during the first World War, when the British and South African forces decided to deal a great blow on Germany by attacking and conquering Southwest Africa.

Some sort of transfer of power happened, and this land became a subject of the Union of South Africa, which by the way, was also under the control of the British government t. So one could as well say that the land was under the British Empire. Anyway, it was soon named Southwest Africa, after a supposed directive from the Union of Nations. The hold of the British empire loosened on most African nations at some point, and by 1990, this land became an independent nation country known today as Namibia. 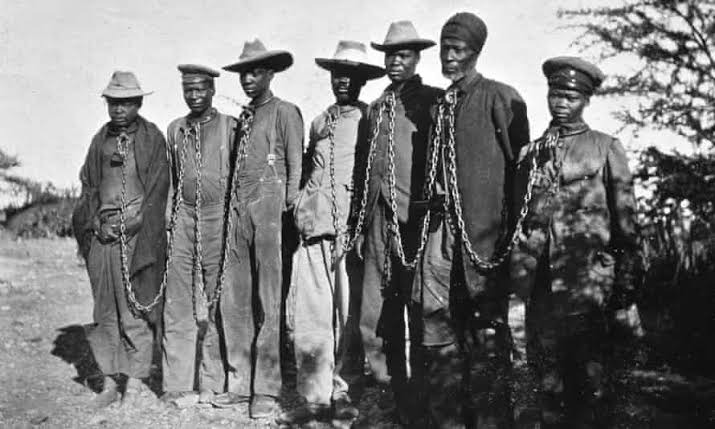 Now, that is the story of the Namibian nation and that explains the very beginning of what you need to know about the Herero and Namaqua people, who according to sources, were nations of animal breeders. However, the Germans put in the effort to ensure that their ways and their society could be more modernized. They decided that the best way to go is to convert farmers, who reared animals to workers in their land businesses. However, soon the tribes of this nation began to rebel against the German rule due to something quite interesting and that is the ownership rights to lands and the way Germans used them.

The Herero people contributed such huge land to the construction of the railway project. They did this because the Germans promised that this railway would allow for more development and modernization of their tribes. Unfortunately, this was false, rather the Germans simply wanted to get a transport route for more people from their country and other colonized country to come into the area, and perhaps claim more land. 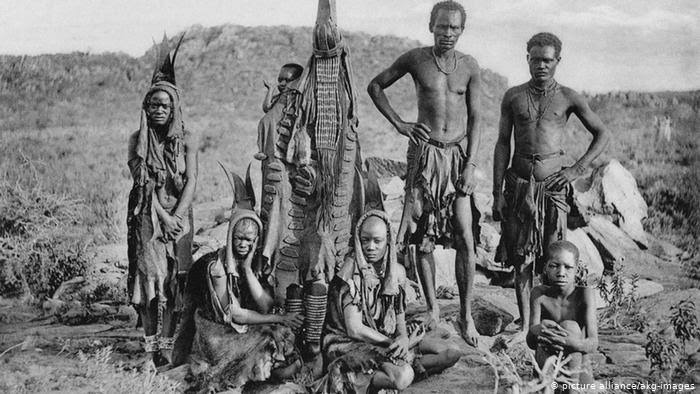 As Horst Drechsler, a German Historian said, "The German Colonial League, in matters of human rights and other legal topics, they had the opinion that 7 Africans are equivalent to one White person". It was evident that there was little welfare of the Africans in the minds of the Germans, and it didn't take long for the Africans to realize this. Their reaction was quite intense since they believed they were about to lose more lands and their freedom to more Germans.

With the reaction from the natives becoming increasingly troublesome, the Germans planned to react. According to sources, the problem officially began on the 12th of January 1904, when the leader of the Herero Tribe, Samuel Maharero, rebelled and attacked the Germans killing about 123-150 of them. This attack didn't sit well with the Germans and a German General, Lother Von Trotha arrived with at least 14,000 soldiers to retaliate. They began an intense attack on the natives. They proceeded to end the lives of natives in their thousands, killing them and pushing them towards deserts of make as Ancient origin notes. This desert would seem like mercy until one realizes that a large percentage of the Herero starved to death after being forced into the desert. 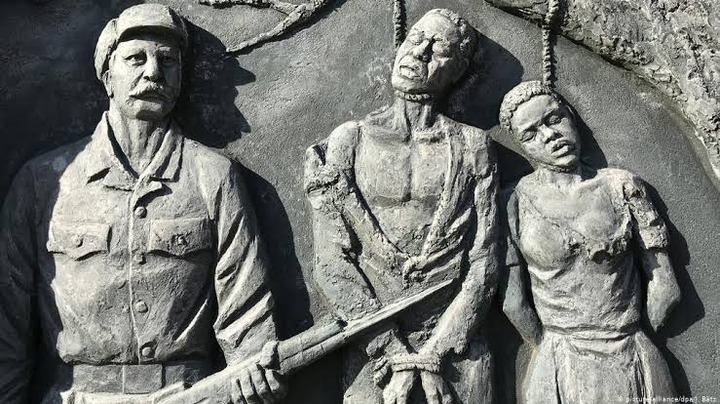 It should be noted that the Germans didn't just kill these people with attacks on their villages and towns, it also poisoned the few wells that served the people, to ensure that their deaths were certain. It almost seemed as though it was an intentional attack on the people natives, to get rid of their population. The same thing happened in the case of the tribe of Namaqua during October 1904. They also rebelled against the Germans, which led to a fate similar to that of Herero. 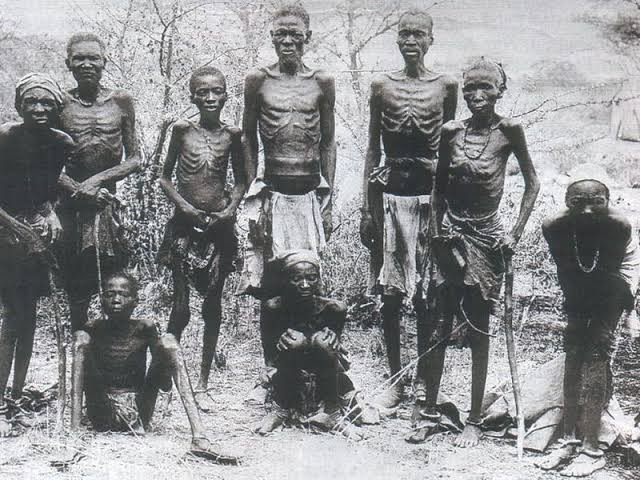 "The nation of the Herero should immediately leave the country because they are no longer considered German citizens. Whoever doesn’t obey and is found within the country, with our without a gun or an animal, will be executed immediately. I am not going to show mercy to anyone. These are my commands and should be followed immediately …." (The order given by German General Trotha, where he further indicated that the men were to be killed on the spot while the women and children were to be led to the desert where they would die slowly.)

Sit-at-home: Why Uba's effort may help to end sit-at-home in the South East [Opinion]

5 Famous Genocides and Massacres In History