Discovering The Traditional Ways Of Oshogbo People And Culture, And What Makes Them Different

The present Yoruba inhabitants of Osogbo have an oba (“king”) who functions in an advisory role and holds the traditional title of ataoja (“he who stretches out his hand and takes the fish”), first given to Laro, one of the town’s founders, who, according to legend, fed the fish of the Osun River and in return received a liquid believed to be effective against sterility in women. 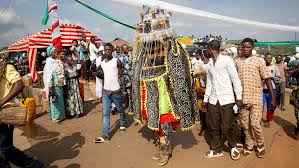 The river and its personification and namesake, the goddess  Osun (or Oshun; a Yoruba heroine deified for her role in saving Osogbo), are honoured at an annual festival in the town in August. Two chalk- and camwood-covered shrines are connected with this worship—the Ile Osun (at the oba’s market), in which are stored the idols of the cult, and the Ojubo Osun (on a bend of the river at Laro’s original settlement), which is the centre of the worship. 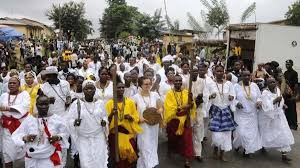 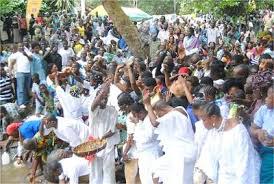 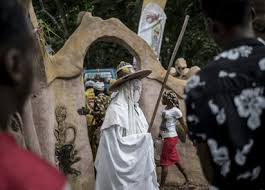 The then Ipole people became much dejected, worried and uncomfortable over their losses involving their farms, domestic animals and human beings. The Oba Olarooye was worried and disheartened by the situation at Ipole Omu. He wanted emergency solutions to inevitable and uncountable losses. This was the time he ordered the chief hunter at Ipole-in the person of Timehin-and his co-hunters to go on expedition and look for greener pastures. Timehin and the other hunters courageously took up the challenge and moved out in search of a better place for settlement. The expedition discovered River Osun.