By Berefa (self media writer) | 1 month ago Oloibiri Community has been described as the goose which laid the golden egg hence it should be on the world map of fame having played host to the first discovery of crude oil in Nigeria. 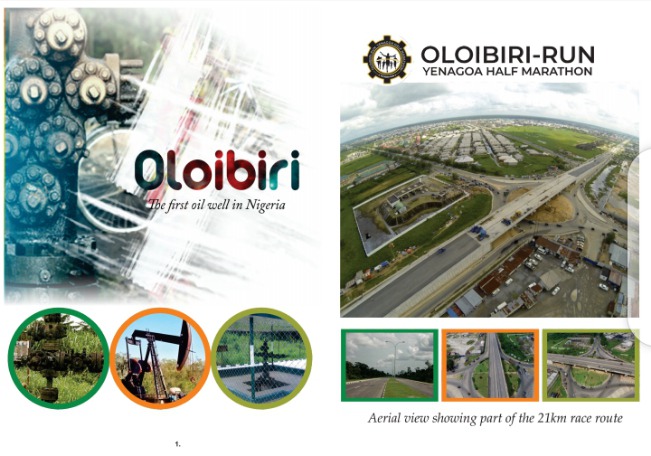 Commissioner for Youth and Sports Development represented by Mr Mightyman Dikuro came out with this during the inauguration of the committees for the Oloibiri Run half marathon project held in Yenagoa, the Bayelsa state capital.

Mr Dikuro noted that the Oloibiri Run project would serve as an avenue to promote culture and tourism which would attract international recognition to the national heritage of Oloibiri.

He charged members of the committees to ensure that they dutifully work together, using their time and wealth of experience for the success of the event.

On his part, Chief Executive Officer of Mahogany and the 21st century concept Mr Eyinimi Omorozi who is the organizer of the event highlighted the essence of the event saying sports is being used as a potent tool to reinvent the Oloibiri oil well.

He noted that the Oloibiri-Run Yenagoa Half Marathon is a special marathon event essentially designed to reinvent a historic milestone recorded in the ambitious search for oil in Nigeria which began over a hundred years ago, resulting in the discovery of the first oil well in Nigeria, the Oloibiri Well #1 in 1957.

Mr Omorozi added that the Oloibiri run Yenagoa half marathon would be used to create a Sports Brand which would be beneficial to the state culturally, socially and otherwise.

He emphasized that the Oloibiri Run project would be used as a strategic platform to create a positive image of Bayelsa state in order to attract investors within and outside the country.

Content created and supplied by: Berefa (via Opera News )