Avoid These 8 Movie Myths, They Can Be Dangerous If You Try Them In Real Life

By Entertainment_update (self media writer) | 1 year ago

It is conceivable to write a book about how popular superheroes, such as Robinson Crusoe and Rambo, lived in the most severe of circumstances. But, are any of the techniques they employed truly effective and helpful?

Bright Side has seen a bunch of films and has determined that if you want to succeed, you should know what you shouldn't do.

Myth No. 1: A cave is ideal for starting a fire. 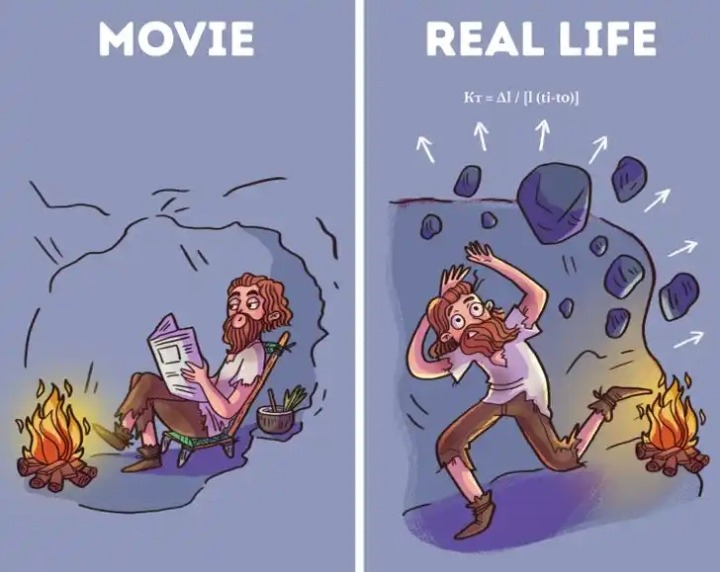 It seems secure and even sweet... The rocks would be heated by the fire and the high temperature. When applied to the skin, these rocks grow. As a result, the rocks can fall on the person's head. A wide-open area outside is the only place you can start a fire.

Myth No. 2: You can eat freshly caught raw fish. Sushi is consumed on a regular basis. 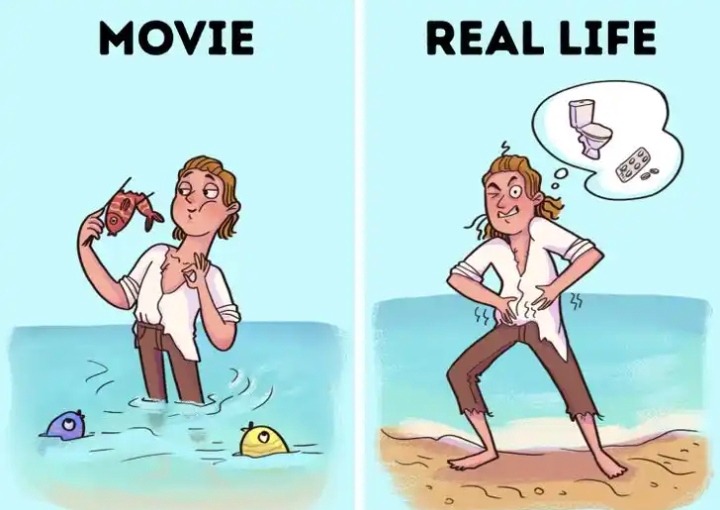 Only a possible digestive disease induced by microorganisms and bacteria is not depicted in the films. Since there is no emergency aid kit or hospital in the forest, don't try it; cook some fish you've captured over an open fire instead. Animal blood, by the way, is treated the same way.

Myth No. 3: Watching a TV show about intense survival will brace you for a real-life situation. 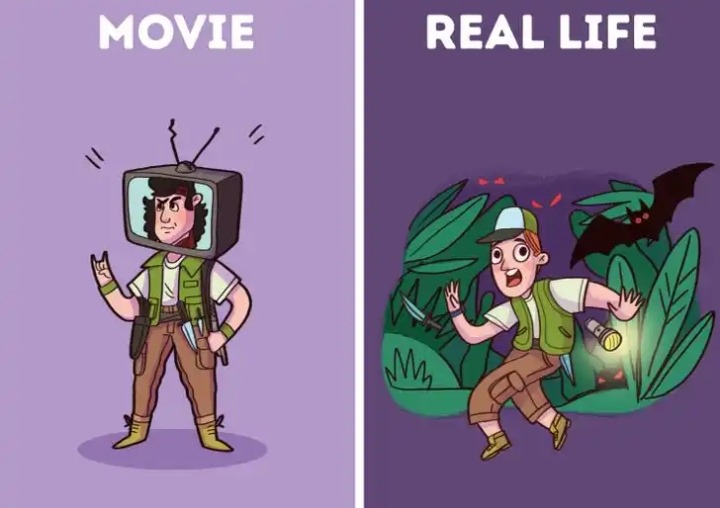 Obviously, this is not the case. Remember that television shows are produced by a group of hundreds of people who are never seen on video. There are also emergency teams on standby to assist at any time. There are also directors and editors who are always able to edit the film and make it look perfect after it has been shot.

The truth is harsh: all you have to do is live and meet people, with no photo shoots, cameras, or social media messages in the way. 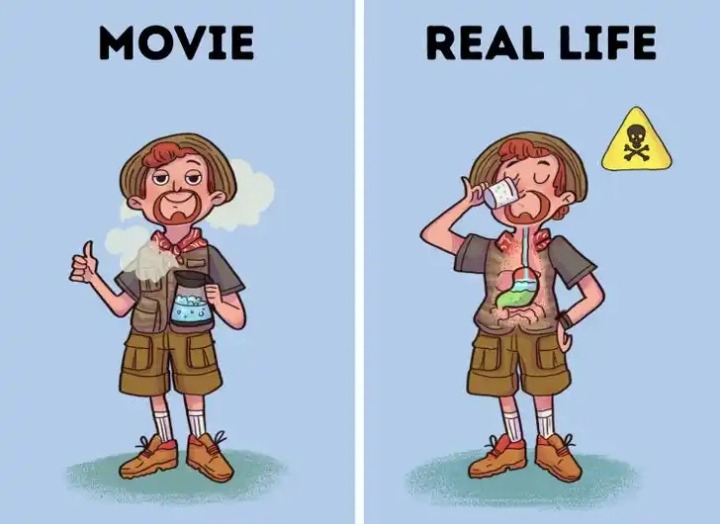 Boiling destroys bacteria and viruses but does not purify the water of harmful contaminants. For instance, no matter how long polluted water is cooked, it will never be drinkable. Filter the water via a clean piece of cloth (such as a towel or a shirt) before boiling it, then let it sit till the dirt falls to the base.

Myth No. 5: If you're lost, go down river and you'll meet people sooner or later. 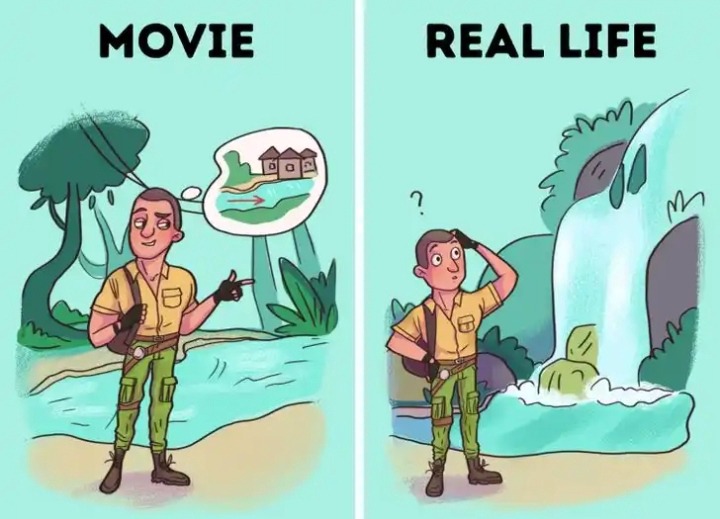 Exactly — the main words here are "sooner or later." Of course, individuals often reside nearby rivers because they need freshwater, but it could take several weeks before you find any settlements (just look at a map of Siberia and the Far East). You must also ensure that you are warm and healthy.

That's why the first principle is to stay tight if you get lost. The emergency team will begin their search for you here.

Myth #6: Wet clothes are still preferable to none. 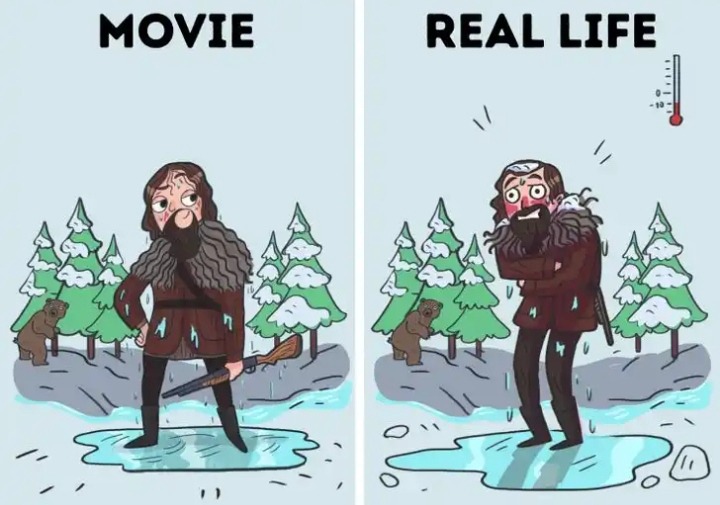 Not all of the time. They will cool you down if the air temperature is below freezing and you are wearing wet clothes (such as if you go under the ice). Heating water takes a long time and a lot of energy. This explains why cities by the sea or ocean do not feel as hot as cities in the center of the world.

Rather than heating its own internal organs, the body will waste energy heating the water in wet clothing.

Myth No. 7: In a desert, the first thing you need to do is locate a water source. 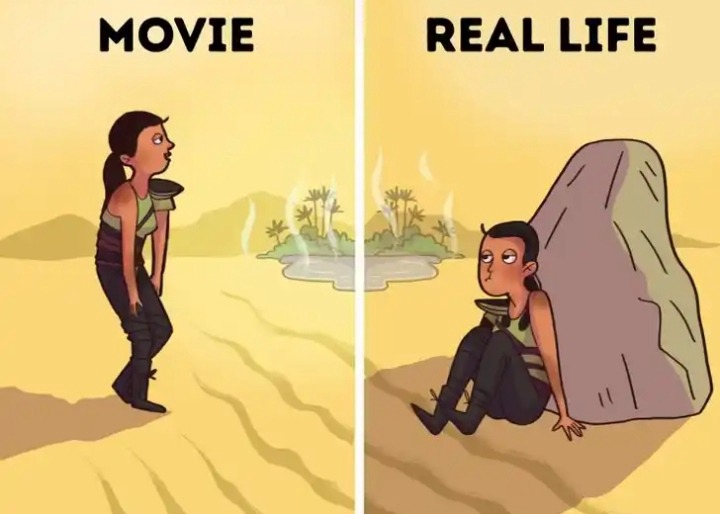 No, it's not true. Rather than wasting your own body's water reserves, you can seek shade and wait until evening. Locate a giant boulder and take a seat in its shade. Avoid sitting on the hot ground; instead, sit on a tree or place something underneath your feet. When it gets dark, start searching for lights, resorts, water, and Wi-Fi.

Myth #8: It's a good idea to save some water for later. 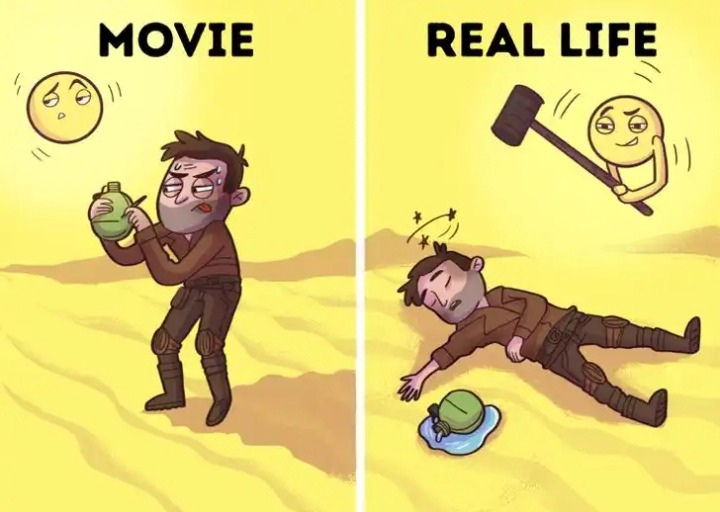 If you're thirsty, take a break, stay in the shade, and continue to drink. You will have a heat stroke and lose consciousness if you are exposed to sunlight and resist the urge to drink. You will, surprisingly, still have some water within you, but you will be unable to drink it.

Have you seen any ludicrous scenes in your favorite movies about surviving in dire cases? Tell us.