The Chronicles Of Ibeku in Umuahia And Its People.

Umuahia is the capital of Abia State, which is located in the middle of the state. Abia State has Umuahia-Ibeku and Aba as its two major cities. 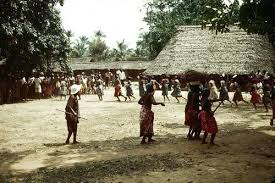 Umuahia was a colonial administrative center for the British colonial government and churches like Methodist, Anglican, Catholic and Faith Tabernacle.

These churches set up secondary schools throughout Nigeria and ran them from Umuahia. They owned entities such as;

Ibeku Secondary school, and many more.

Currently, the City of Umuahia is made up of Ibeku villages called Amuzukwu to the North, Afara Ukwu to the south, Nkata to the North East, Ohokobe Ndume to the South East, then Osaah and Ugwunchara and Emede Villages to the West.

Initially, Umuahia started off as a Central Market post called “Ama-Ahia” meaning market place. However, with evolution and bad pronunciations and rewritings (especially by the colonial masters) Ama-ahia became Umuahia. There have been several legends that tell otherwise but this is the accurate account.

The name is Umuahia, it was not the original name of the city. It was still called Ibeku till the arrival of traders and foreign merchants that brought the railroad with them.

The town was the former headquarters for Zone 9 Police Command for all the South East Zone before the new police command at Ukpo was established.

Ibeku Umuahai was also the headquarters for both Anglican and Methodist churches of Nigeria where they still have their training collages for their priests called the Trinity College in Afara Ibeku.

The headquarters of The Federal Girls Secondary school in Old Umuahia. The Federal School of Agriculture at Umudike. The government college, Umudike-Umuahia.The Micheal Opkara University in Umudike.

Umuahia is also the home to great and prominent people such as Dr Micheal Okpara, the former Premier of Eastern Nigeria.