The Story Behind The Famous Photo Known As 'Wait For Me, Daddy' '

By JonadezSpeaks (self media writer) | 15 days ago

In history, there are many iconic photos that have an interesting story to tell, but this particular one tagged "Wait for me, Daddy" is arguably the most iconic photo of all time. This photo was used in war-bond drives and to settle conflict in the 90's.

In 1940, a popular photographer known as Claude P. Dettloff pictured a five-year-old boy, Warren “Whitey” Bernard and his parents, Bernice and Jack Bernard, as the family was about to part ways because of the war. The boy was so young and naive when 1939 was declared. 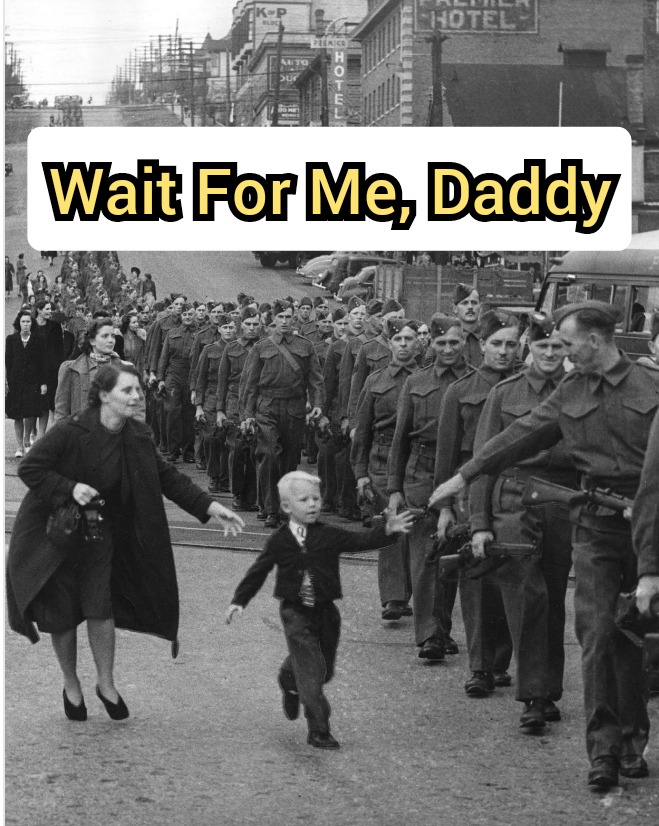 His father was included in the list of men of the British Columbia Regiment that will travel to a secret area overseas. Ignorantly, the little kid never understood what his father was about to face. He approached the troops marching down to their train and held his father saying "Wait for me, Daddy".

According to the photographer, he was about to take a shot at the troops when he saw a little boy running towards the troops as his mother struggled to hold him back. The dad understood the emotion of the boy and stretched out his hand to reach her son. The moment was so emotional and explained the inner feelings of everybody in time of danger.

Fortunately, his father returns in October 1945 after the war ends. Hundreds of British troops were killed during the war, but Whitey's father returns to fulfill his promise to the son. The photo became popular at that time and was hung in many schools in Britain. 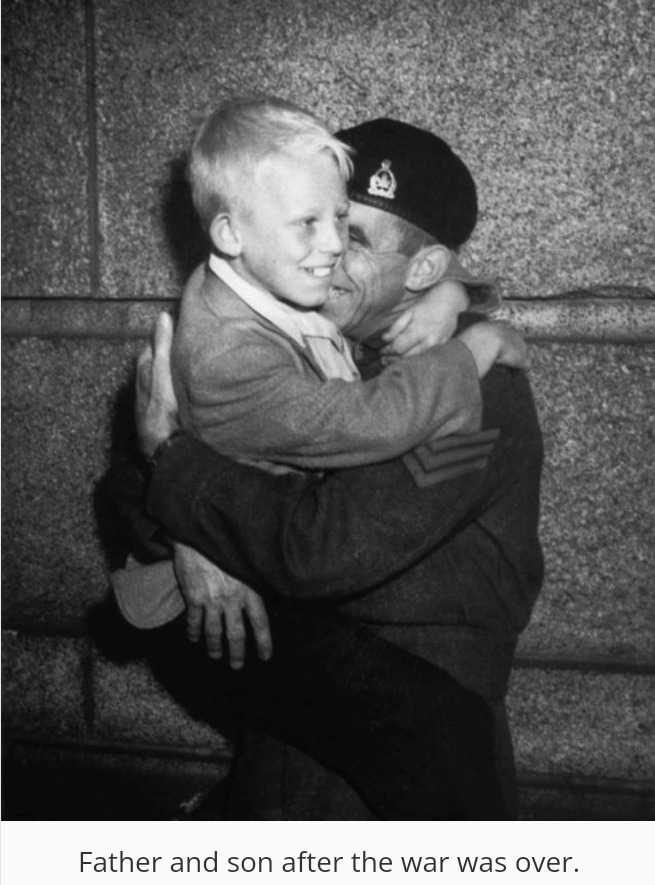 What do you have to tell about the story? Say your thought in the comment box and don't forget to follow me for more updates.