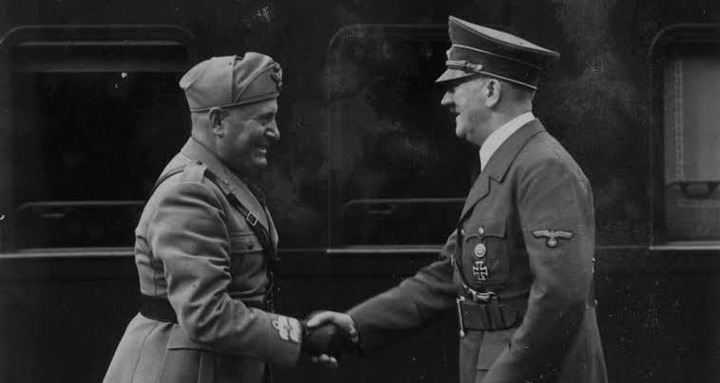 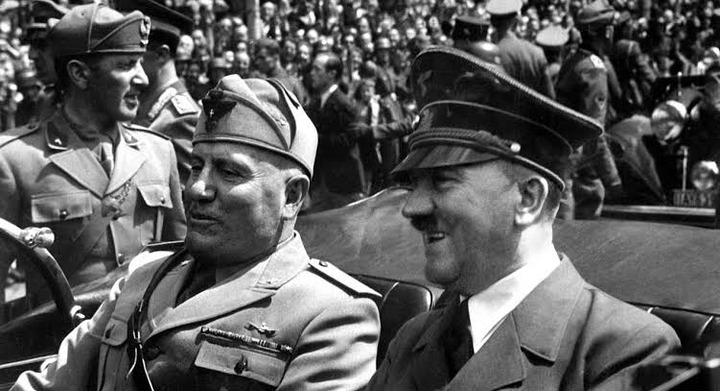 There are several things that one would consider unlikely to ever happen, and to our surprise, these things often tend to happen in the most shocking ways. For instance, who could ever believe that the great leader of Nazi Germany, Adolph Hitler, the very inspiration behind one of the greatest wars ever fought in human history, would cry publicly and that he loved Italy and the Catholic Institution? For someone who is referred to as a tyrant, a psychopath, and a narcissistic leader of one of the world's strongest military at the time, these facts seemed unlikely and perhaps hard to believe.

However, the history and story of his life provide reasonable and convincing information as to why he would be the kind of man that cries at the sight of one of his greatest heroes. Like every human being, Hitler had passion asides from the military, he had friends, lovers, and dreams which he wished to fulfill. What many often miss in the story of his life is that he was, an aspiring artist, who moved from a small town to the capital of Germany not to change the world, but first to become an artist. Some of his artistic works still exist today, some of which can be found below. 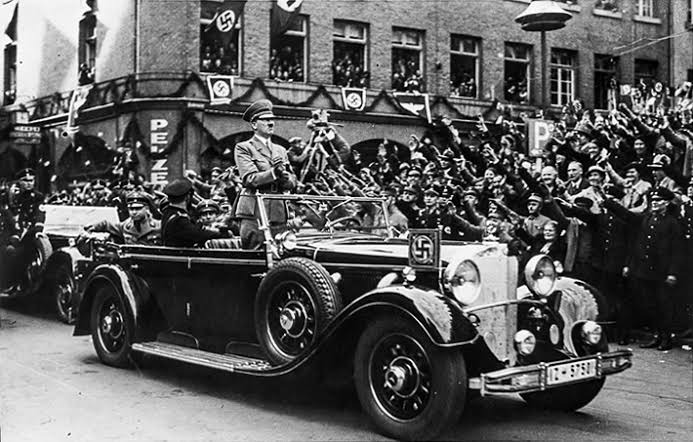 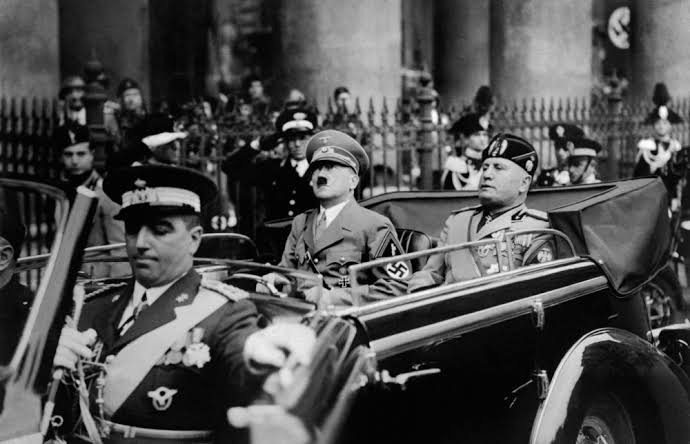 During the war, it seemed as though the Germans had an eye for art, and they seem to often seek out art from defeated nations but it wasn't the soldiers who loved art, it was Hitler who had a passion and an eye for the best. Hitler had so many interesting facts about him that would seem surprising to many, considering that he is viewed as nothing more than a wicked tyrant who was incredibly power-hungry. The above descriptions paint a picture of a man who was in love with art, as well as his health. Hitler was an example of an average man with dreams, which makes the fact that he cried when he met Benito Mussolini, not so surprising. 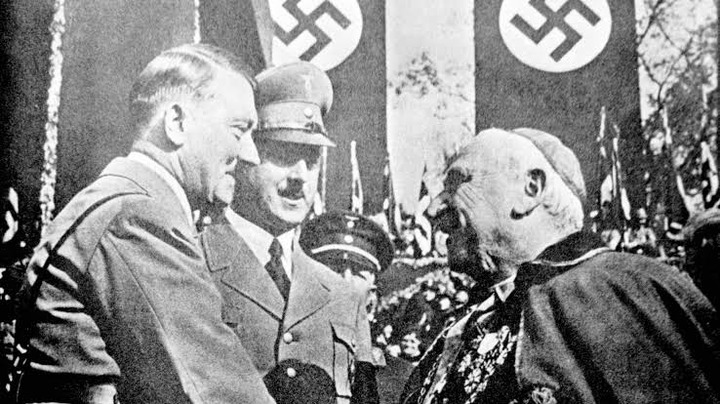 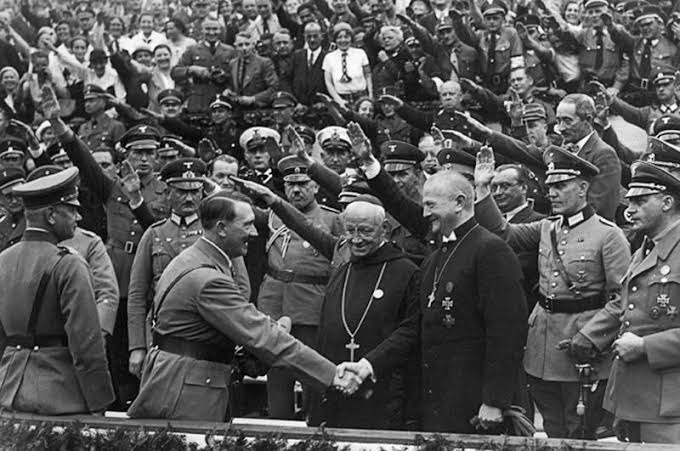 The record of Hitler's encounter with Mussolini is recorded in the journals of Mussolini's lover, by Claretta Petacci (via The Telegraph). The writer claims that Petacci had met Mussolini who informed her that he had met Hitler and that Hitler had tears in his eyes, during the event. This is quite surprising for a man of his stature, to cry in an event where people were present. Of course, the kind of event it was hasn't been determined yet, but there is a probability that it was a small event, with few people but still, it involved people and they got to see tears in Hitler's eyes.

According to Mental Floss, these two met in 1938, and at the sight of Mussolini, Hitler's inner fanboy was revealed. Much like when a teenager meets his most loved musician, Hitler began to explain just how much he loves him, his ideas, and his works, telling the icon of the fact that he has been following his ideas since the 1920s. Again, this shows that Hitler was a big fan of Mussolini, and their meeting was a big deal for the German Furer. 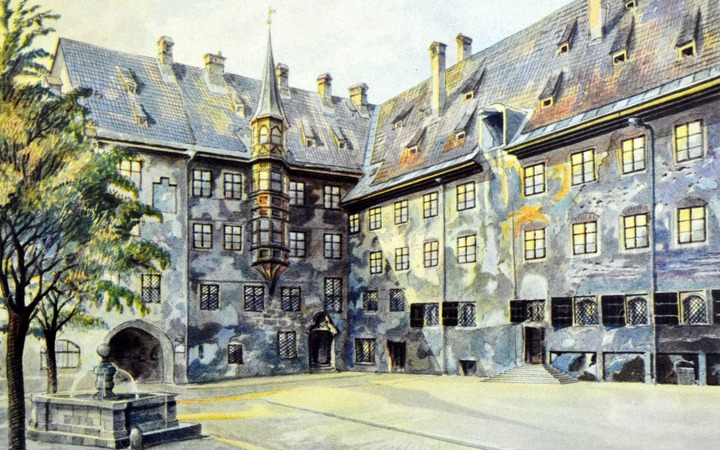 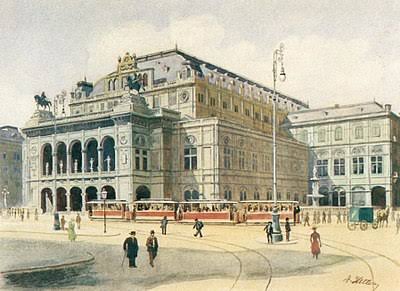 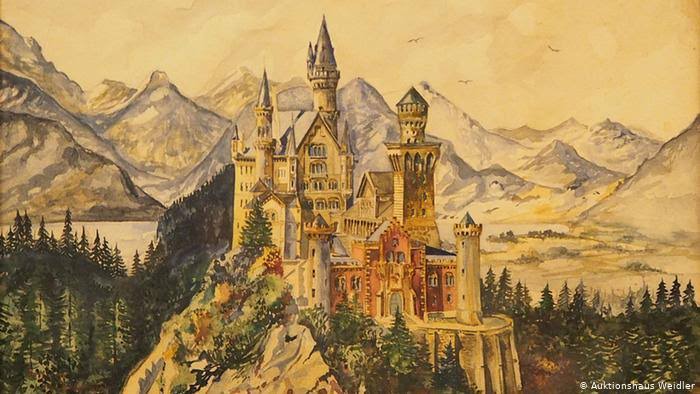 (Pictures of Adolph Hitler's Arts Above)

Now, you might be wondering who Mussolini is which is quite interesting since he is one of the many reasons Hitler loved Italy. Right since his time as a struggling artist, Hitler had always enjoyed Italian art, culture, and ideas. Some historians have claimed that he was so in love with the country that he planned to retire someday and head for Italy to spend his last days.

As a very big fan of Mussolini, Hitler seemed to have also incorporated the ideas of the icon. Hitler has been recorded in several historical books and websites to be a lover of Catholic ideology. Some claim that he even paid his tithe throughout the war (no way of verifying this) and more claims say that he was a catholic lover. Of course, this makes sense since his mother was an ardent Catholic who took her children with her to the local church all their teenage lives.

History Cannot deny some subtle interactions between the institution and Hitler but perhaps this has remained unverified for a reason and whatever these reasons are they might involve bad P.R for the institution. Anyway, what better proves the relationship between Hitler, Italy, The Catholic Institution, and Mussolini than Hitler's shared belief with Mussolini who was ardent anti-semites and racists. 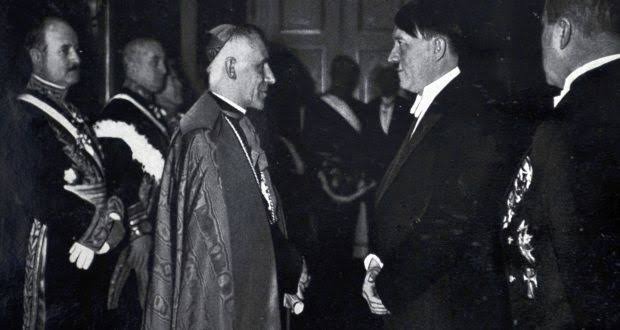 The hatred Hitler had for the Jews is evident in his actions during the war, and it is quite interesting that he was simply incorporating the ideas of some of his most loved people. In the past, Jews have been killed, maltreated, and displaced in Europe, and some by the Church's Institution due to their supposed involvement in Killing Jesus. Now, this sounds strange but in the past, people were consumed with hate and belief.

Anyway, these shared belief proves just how similar these characters are, and why Hitler would consider Mussolini his hero, icon and mentor, that he would cry after meeting him and having a conversation with him. Petacci also records that Mussolini described Hitler as "pleasant," and "an old sentimentalist at heart."