Orisa Sango And The Yoruba Relationship With The Ewe People Of Benin, Togo And Ghana.

By FrankChukwu (self media writer) | 20 days ago

The Ewe people ( who are found in Benin republic, Togo and Ghana) have historical claims, to have originated from Ife in Nigeria but were driven out during the expansion of the Oyo empire. 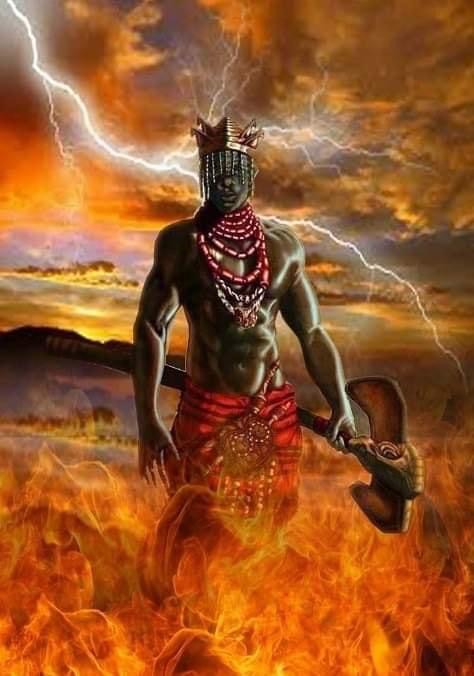 This is interesting and significant in Nigerian history, because in the early 1500s, a Portuguese sea captain and explorer who visited Nigeria named Duarte Pancheco Pereira, spoke of a king who lived close to a revered priestly figure named ‘Ogane’. Ironically, Oghone, a title name of the Olugbo of Ugbo, meaning “the revered one” in Yoruba language.

Back to the Ewe people and the king that lived near the Ogane, captain pereira identified this kind, whom he described as “the lord of many people, and very powerful”, as ‘Licosaguou’. In English it would be spelled as Lisosaguo. This can easily be deciphered as Lisa Sagoe or Lisa Sango. The Yoruba historical figure and deity Orisa Sango is also known in many names such as:

Shango, Sango, Sagoe, etc. This may also mean that Ife was once a confederate state.

In Yoruba mythology, Sango also known as Jakuta, is perhaps the most popular Orishe. He is the god of thunder and lightning, and as well as one of the most worshiped gods all over the world. Sango was said to have gone in search of Aganju on which he had to throw himself into the lake of burning fire to prove his lineage.

The natural forces associated with Sango are fire and lightning. His most prominent ritual symbol is the Oshe, a double headed battle axe.

Interestingly, the Ewe people know “Orisa” as “Lisa”; hence, Lisa Sango. The Ogane that the king of Benin the subject of what a Yoruba priest and the kind that lived near him at the time of captain pereira was the Yoruba demigod Shango.

Management as a function.

Reasons why N-Power will not pay you