History: what led to the fall of the Oyo empire.

By Sirax (self media writer) | 6 months ago

The greatness of the Oyo empire stood tall, but even as great as it's power was, it eventually saw its end in the year 1817. The Oyo empire was thrown into extinction after the Fulani people led raids in the empire, it ended after a great invasion that can never be forgotten in the history of Yoruba people. 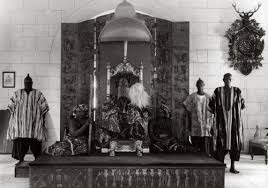 After Usman Danfodio had launched the Jihad war 1804, many Hausa lands were brought under Fulani control, the core reason for the Jihad was to purify Islam and bring kingdoms under their religion. After this happened, the face of the Jihad war took a new turn, this was because the Fulani men turned from the North to the South. They decided to invade the empire and covert them into Muslims. The mission was successful as the Oyo empire finally fell in 1817 after countless raids from the Fulani people.