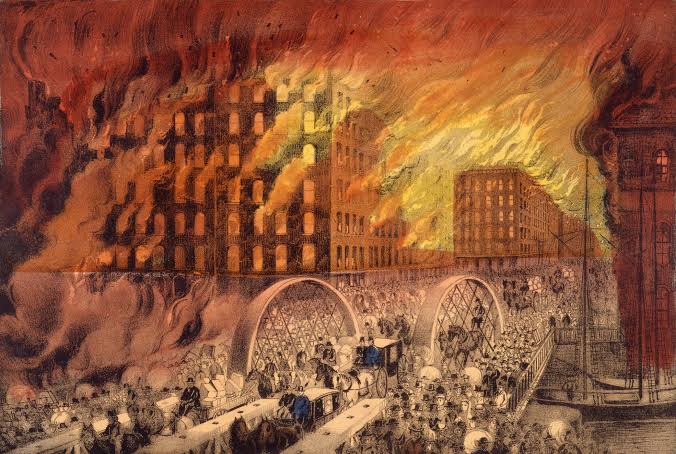 Disasters strike great cities leaving them to build and rebuild. While some are struck with a disaster that has to do with water and climate-related issues, like New Orleans, others are struck with fiery disasters like Chicago and London. London experienced a great fire, years ago that ensured that lessons were learned from deep recorded disasters and loss of lives. The same could be said for the beautiful city of Chicago, a city with a long history in the American Nation. When many think of this city, they probably just consider the stories of Jazz clubs, night parties, and alcohol, despite the ban on Alcohol in America decades ago; perhaps they even consider it being the birthplace of Kanye West. 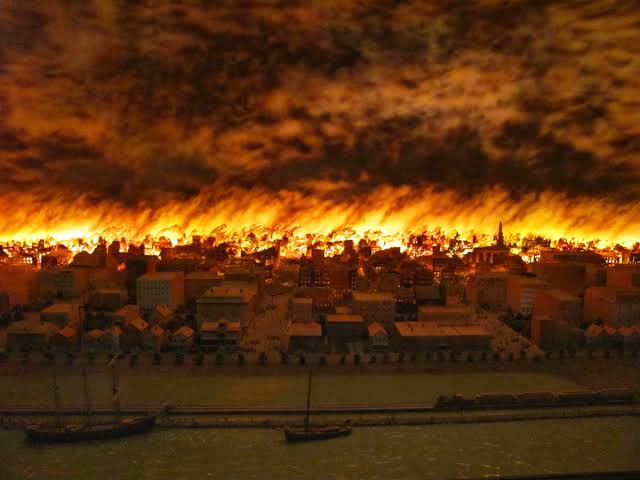 However, this city like most cities in the world has experienced such great disasters in the past, one of which is the great fire that began in 1871, on October 8. According to calculations, this should be about 150 years ago, when the city experienced a time that has since become one of its historical subjects. According to sources, the great fire perhaps owes its activeness to several things including the structural integrity or building choices and the climatic/weather condition of the state at the time. While rain had supposedly seized in the area longer than it should at a time when it shouldn't, the buildings in the area were also said to have been made out of pure wood.

It is quite obvious what affected the fire, and gave it such destructive capacity. Now, the things stated above weren't responsible for starting the fire but they most certainly added to its destructive capacity over the city. According to notable sources, the area had been experiencing fire for quite some time and it had seemed like the officials couldn't keep going as the fires kept popping up at every corner of the city. It was one of those years where the firefighters are at their most active, fighting one fire to another. However, a real tragedy seemed to have begun when a fire started at Patrick and Catherine O'Leary's barn. 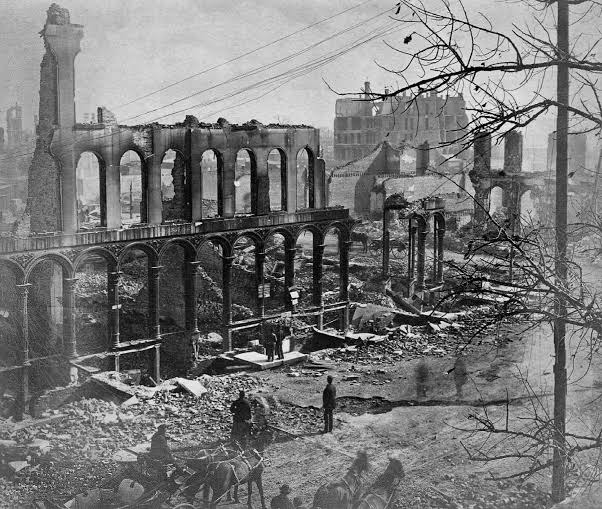 The rumor in the area about what started the fire had always been traced to a cow. Quite funny just how little things can cause great damage. Anyway, according to local rumors, one of the Cows on the barn supposedly kicked a lantern and since the barn is laid with wheat and grains that ignites and spread fire easily, the fire from the lantern began to spread across the farm/barn. Though this rumor is unverified, many historians and scientists have frowned on the idea, putting forth new theories that better describes what started the fire.

However, the cause of the fire has since remained unknown, despite the dedication to studying how there has been no reliable source that could point to how it started. But a piece of interesting information and a factual one is that the fire had truly started at the barn stated above or at least somewhere around it. Soon, the fire began to spread, and with the force of the wind, the facilitation of woods and barns across the area, it spread across most parts of the city causing massive destruction until the next day. 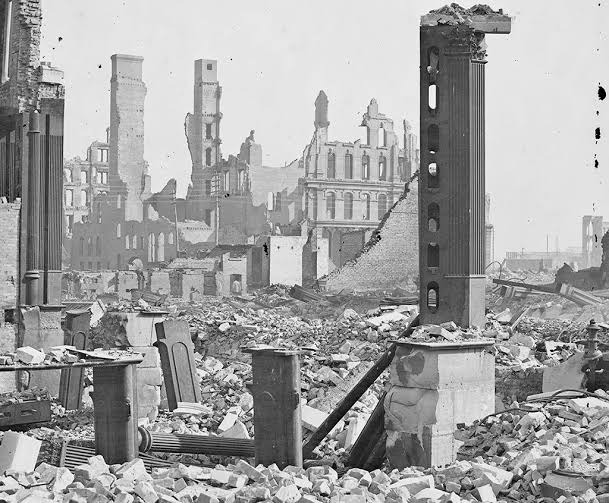 Interestingly, the Chicago firefighters, known for their courage and capacity were unable to put out the fire, at the time, they were unable to trace it and their efforts were met with great resistance from the fire that simply didn't stop burning. Thankfully, Rain came at the time after days of its absence and helped put it out. Unfortunately, the rain had come a bit too late as the damage done was simply unspeakable. The once beautiful city of Chicago with life, music, art, and culture had been taken down with a record of at least 300 people dead, and about 10,000 people were left without homes.

We cannot truly place numbers on the damages that were done to the great city of Chicago but it was so much it is remembered to date as a terrible day in the City's History. The damages in terms of property, in terms of loved ones who died, hundreds who were injured, and livestock, properties, and tools that were destroyed some of which cost a lot left the city in sad times that lasted decades. History notes that the damages done could be totaled to about 200 million - 4 billion dollars. Quite a lot of money today but it was an unimaginable loss for Chicago at the time. 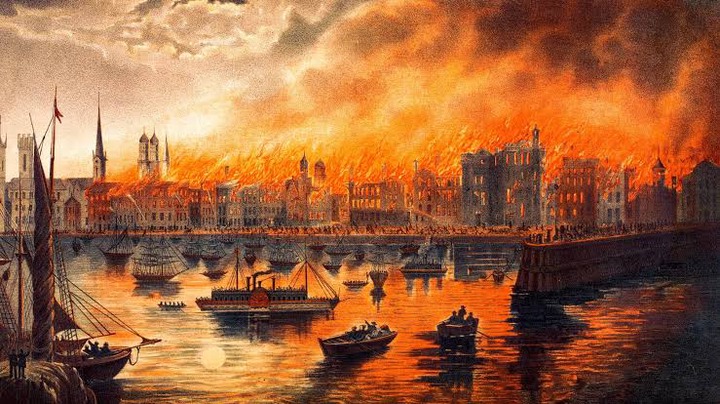 The city began to rebuild, perhaps almost immediately after the fire and a lot of things were corrected. Channels were built to accommodate water, enough that could save the city if such a terrible thing ever happens again, the city approved laws that stopped people from building from just wood, and instead encouraged the use of Marble and Bricks. The interesting thing about the fire is that it seemed to have wiped out the old Chicago life and brought in a new one with better social responsibility. The city experienced such great change in terms of Infrastructure and its economy after.