The Door to Hell: Its Location and The Story Behind it

By MichaelPD1st (self media writer) | 20 days ago

The earth indeed contains some strange and surprising things. Some of these things are wonderful to behold while some are scary. One of these strange things is the "Door to hell" a pit that has been burning for over 50 years.

Where is "Door to Hell" located? 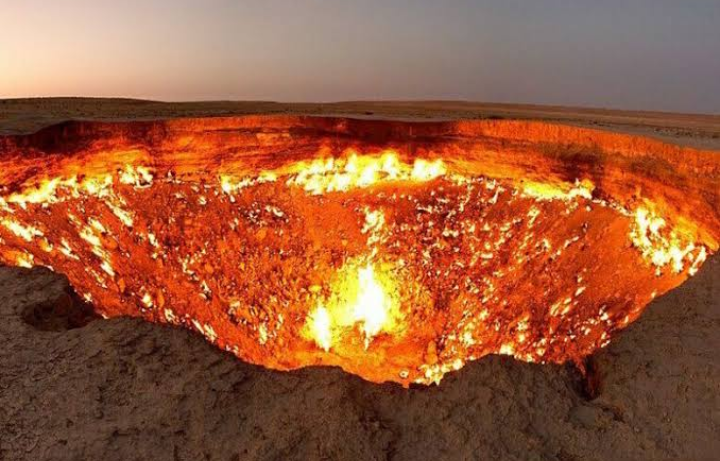 Geographically, this burning pit is located in the middle of the Karakum desert not far from Darvaza village also known as Derweze. The "Door to Hell" is about 260 kilometers to the North of Ashgabat, the capital of Turkmenistan

Where does it get it's name? 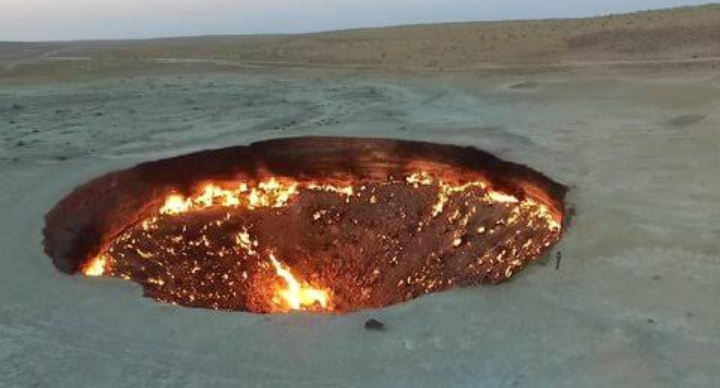 When something unusual happens or is discovered, the people in the area will likely be the first people to see it. They will therefore give such a thing a name that may best describe their view of it. In the same way, this large pit was called the Door to hell by the locals and they gave it the name because of the nature of it. The burning fire, the boiling mud, and the orange flames it produces.

The story behind the "Door to hell" 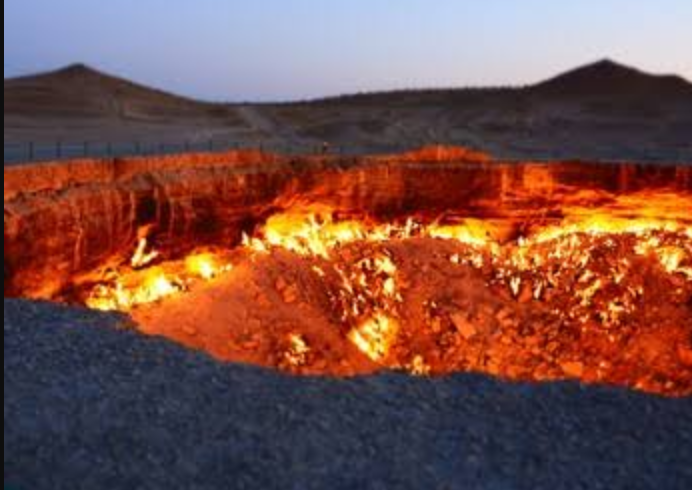 In 1971, a group of engineers known as Soviet engineers who were searching for oil found the field. On reaching the area, they thought it was an oil field site.

So they set up their drilling equipment with the aim of knowing the amount of oil in the field unknowing to them they were about to discover something that will add to the wonders scenes of the earth.

After setting up their equipment and starting the process that will lead to the answer they seek, the ground under their drilling rig and their camp collapsed and they fell into the ditch (crater). Though their rig was buried in the crater, no casualties were recorded.

The Soviets engineers however discovered that the crater is emitting some kind of gas which they think could be dangerous to the health of animals and humans in the region, they then made the decision to set the crater (ditch or pit) on fire with the hope to burn it off in about a week or two. But to the amazement of everyone, the pit is still burning till today come rain come shine.

The government of Turkmen is hoping that the crater will become one of the most popular tourist attractions. The surrounding areas of the crater are being used by people for wild desert camping. 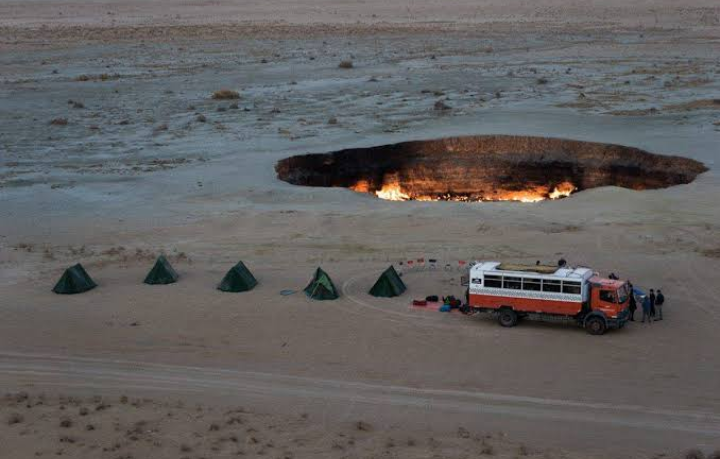