By Adojacy (self media writer) | 8 months ago

Historical Sites are parts of a society's culture and tradition, as it helps keep and preserve her history and identity. Nigeria is a culturally-diverse country, with over 250 local languages. These various cultures have very rich histories and backgrounds and the people are incredibly proud of their culture. The heritage comes in the form of ancient places of worship, artifacts and monuments, to mention a few. Below are five historical sites in Nigeria.

This site is found in Ile-Ife, the ancestral home of the Yoruba race, in present day Osun state. It is the historical point where Oduduwa, the legendary progenitor of the Yoruba race landed via a chain to found the town, Ile-Ife. It is also known as his final resting place.And standing as a testimony to that which is believed, is a statue of Oduduwa with the chain and staff and a map of Africa naturally carved out on a stone. 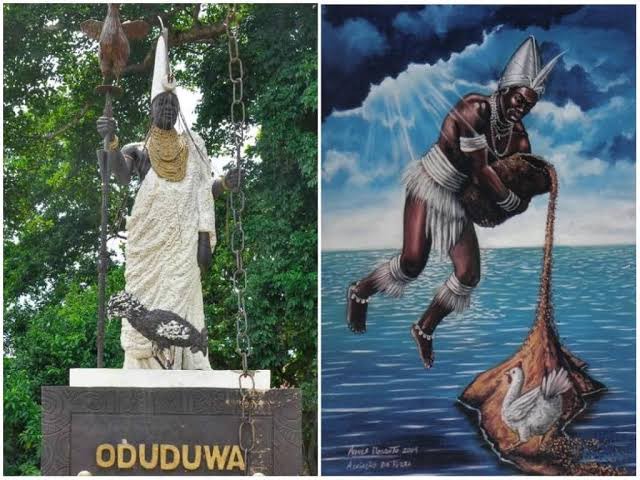 Located in Anambra State in the southeastern part of Nigeria, Ogbaukwu caves are said to be the largest in West Afruca and have enough roomy compartments to accommodate an entire village. Not much is known about the caves as they are largely unexplored, but local legend tells a story of a brave warrior who defeated lions that lived in the caves. The waterfall is seen as a sight of attraction.

Ancient Kano City Wall is a 14km radius earth structure, while associated sites are made up of these features, Dala Hills, Kurmi Market and Emir's Palace.

The ancient Kano city walls were built in order to provide security to the growing population. The foundation for the construction of the wall was laid by Sakri Gijimasu from 1095 - 1134 and was completed in the middle of 14th Century during the reign of Zamnagawa. In the 16th century, the walls were further extended to their present position. The gates are as old as the walls and were used to control movement of people in and out of the city.

The Benin Empire was one of the oldest and most highly developed states in west Africa, dating back to the 11th century.​ The Benin Moat (Iya in the local language) was built as a defensive fortification around Benin City in the great Kingdom during the time it was at its height and when the kingdom engaged in many wars. The Benin walls consisted of a combination of ramparts and moats. The ramparts ranged in size from shallow traces to gigantic 20-meter-high (66 feet) around Benin City. It covered a border distance of 16,000km. It enclosed 6500km² of community land. Its construction is estimated to have started as early as 800AD. It was finally completed around 1460AD.It provided a defensive barrier against invaders. 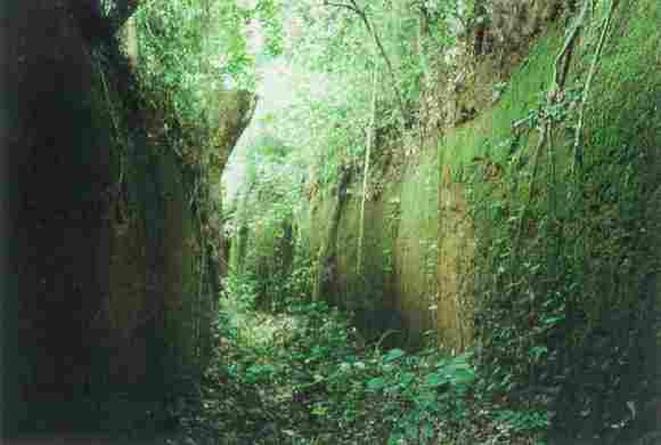 Olumirin is located in Erin-Ijesha, Oriade local government, Osun state. Towering high, the cliff can be found within the community axis of Erin-Oke, Erin-Ijesha, and Erinmo. Olumirin, which means “another deity” was discovered in 1140 AD by Akinla, a granddaughter of Oduduwa, when the people of Ife were migrating to Erin-Ijesha. Akinla was also known to have founded the Erin-Ijesha town. The natives regard the waterfall as a sacred site and a means of purifying their souls. They also believe that the waterfall flows from a big pot located at the top of rock. 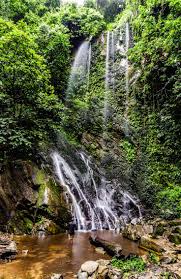 Content created and supplied by: Adojacy (via Opera News )