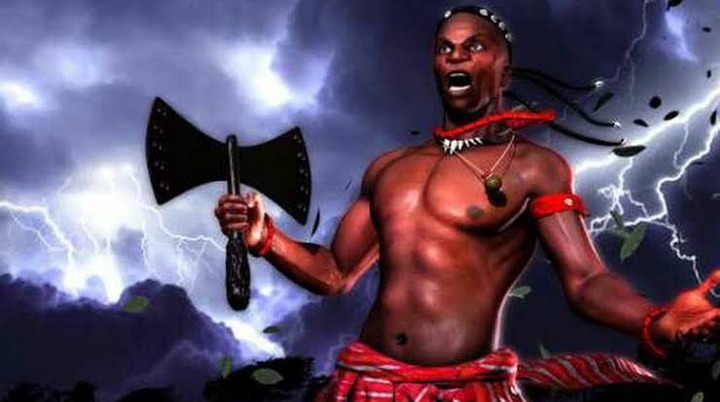 The Yoruba culture as well as other cultures in Africa tend to have an interesting history with long stories and tales that often resembles mythologies and Religious superstitions. However, if there is anything to learn from the Yoruba people it is that while they speak about their deities, there is often an indication that these supposed deities were once humans who lived among other humans centuries ago before something interesting happened that made them transcend humanity into becoming gods. This was the case for a great many deities in the Yoruba land, including the likes Oranmiyan, Oya, Oshun, and of course, the most famous amongst them, Sango or Shango.

Sango or Shango is considered one of the most famous deities and ancestors of the Yoruba people, perhaps the most famous, mostly because of his story that seems to encompass power, love, and betrayal. For most historians, his story is an indication that power can buy favor but cannot keep it. Shango isn't the average powerful Deity, he isn't the usual individual or Ancestor, rather stories from many Yoruba historians describe him to be one of the most powerful beings to have ever existed in Yoruba mythologies. The interesting thing is that his story transcends the Yoruba culture and extends to an international appeal including nations like Brazil, and even some in Europe. 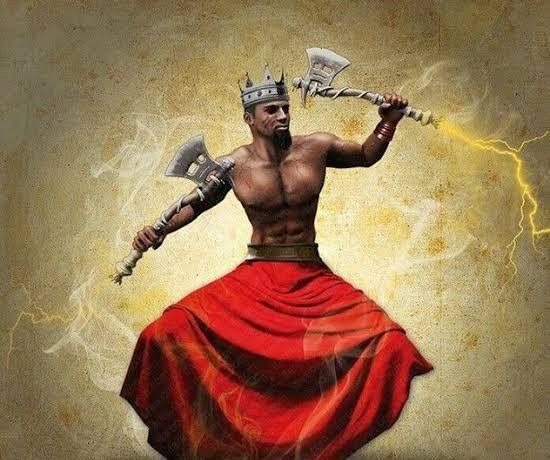 However, this much power and fame, which seemed to have started when Sango saved the King of his city, and eventually rose to become king, was not enough to save him from humiliation and utter loss which he seemed to have suffered both due to love, betrayal, and anger issues. Interestingly, many often associate anger with thunder and it perhaps began with Sango whose powers seemed to have been his ability to control and use thunder to his effect, causing fires and dangerous weather conditions. Sango is said to have been able to do this as his gift, which he seemed to have gotten naturally but was able to control through his double-edged ax called his Edun.

The Death or Suicide of Sango; the life of Sango was an interesting one and perhaps it reached its climax at very vital points. The first was when he saved his city from an enemy state, and eventually became king and the second was when he met and took Oya as his concubine. Oya became a very vital aspect of Sango's life that he began to take advice her and seemed to have loved her above his other wives. Now, there are no wars that can be worn alone and no army exists without generals, and so during the life of Sango, he also had to Generals, Gbonka and Olofa-Ina who were both also very powerful. 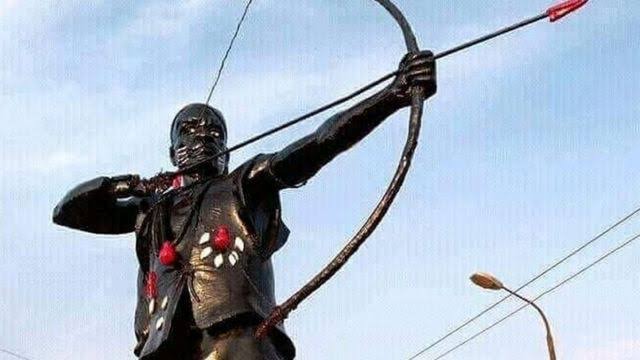 However, as King, Oya advised Sango to have his generals sent away to avoid some sort of rebuff or rebellion. While Olofa-Ina agreed to do Sango's bidding and was sent to rule Ede, Gbonka refused and stayed behind. Gbonka's presence began to threaten Sango's kingship and so a challenge from Gbonka was accepted and Sango decided to fight his general. Unfortunately, while the fight was to start, Sango called for Iya who he had kept his Edun(sacred thunder summoning object)to bring this object to him. On bringing it, he found that the powers of his sacred tool had been tampered with due to the menstrual blood of Oya. 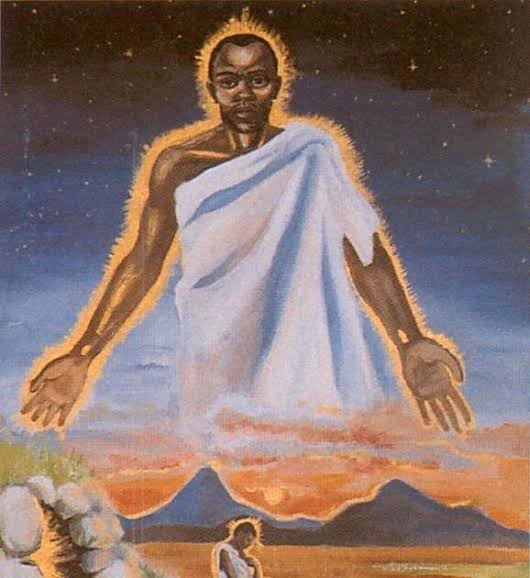 This angered Sango, whose anger issues caused a thunder stroke that burned down his palace and caused severe structural damage. In humiliation and frustration, Sango decided to leave his city where it is believed that he then went to a forest under a tree called "Koso" where he hanged himself. Though some believe that this suicide story was a lie and that he simply vanished into thin air. However, more people believe that he hanged himself and that seems to be the reigning ideology.