Lessons From The Life Of Esther: The Slave Girl Who Became A Queen.

By Warrior73 (self media writer) | 8 months ago 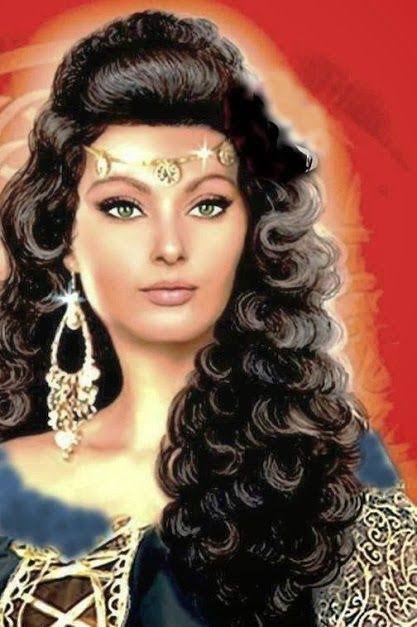 The Bible has many rag to riches stories that would make a great movie in Hollywood. Few stories, though can compare to the story of Esther, who rose from an ordinary slave girl to become the Queen of Persia.

Esther was a Jew and niece to Mordecai at a time when the Jews were under the rulership of the Persian King, Ahasuerus. King Ahasuerus had just removed his wife, Vashti as queen and was searching for a new queen to sit on the throne of Persia.

As children of God, sometimes we find ourselves in situations where we should keep quiet. Much as we're not supposed to lie about who we are, we should endeavour not to be in a haste to open up who we are either, especially when it might put as at risk.

Esther was finally made the new queen and it was while she'd become the number one woman in the whole of Persia that Esther faced a life and death situation. She had to make a decision: a decision that would immortalize her name forever.

A lot of Christians crave influential positions in the church but few are truly able to handle the responsibility that goes with leadership. Always ask God for Grace to live up to the expectations demanded of your office as either a worker, minister or simply a Christian in the house of God.

The Israelites were marked for destruction as a result of the diabolic plans of Haman, a man who both hated and detested them so much that he demanded they were wiped off the face of the earth.

As people of God in a world that hates God, you should be aware the system of the world is an enemy of God's people. Just as Haman wished to destroy the Jews, so does a more ruthless enemy, Satan desire to destroy God's people but we must never fold our arms in resignation. We must put on the whole armour of God and match forward in prayer.

Queen Esther was asked by her uncle, Mordecai to go before the king on behalf of her people. But Esther refused because the law of the land forbade she could come before the king at such a time. But Mordecai reminded her perhaps it was for such a time that God made her queen and that if she didn't rise up to save her people God would do it through someone else.

As Christians one of our greatest duties on earth is to share the Gospel. There are always obstacles but we must not let them discourage us. Also, we must not act indifferent to a lost world because we're saved. As true soldiers of Jesus, we must be willing to inconvenience ourselves that we might reach out to the lost. We must also see sharing our faith with someone as a privilege because if we don't do it God will raise someone else to do it.

Queen Esther knew the greatest weapon at her disposal was to go on her knees before God in prayer. She also called for a fast among all the Jews in the land.

Prayer is one of the greatest weapon a Christian can use to not only destroy the forces of darkness but also to make the impossible possible. And sometimes we need to fast also as this makes our prayers more effective. Remember Jesus said some problems cannot be solved except by prayer and fasting. We, as God's children in a wicked and corrupt world should never neglect prayer for it is through it that Esther was able to deliver her people from imminent destruction.

Esther was granted audience and pardoned by the king, who honoured the Queen's invitation to dinner: Haman too was invited. And it was there Esther revealed she was a Jew and her people were about to be destroyed by Haman.

The table turned on Haman, who was later killed in the very gallows he'd prepared for Mordecai. The Jews were saved and till this day they still celebrate their deliverance in what is to be known as the Feast of Purim.

If God could use this young slave girl, He could anyone too, wherever they are, irrespective of the circumstances. Let's ask God for wisdom to know when to speak and when to open up. Let's also ask for boldness to face every life threatening obstacles facing us and our families and not to back off to save our head.

God said He will never leave us or forsake us and with Him leading and behind us, we can trample every enemy under our feet.