By People'sDaily (self meida writer) | 15 days 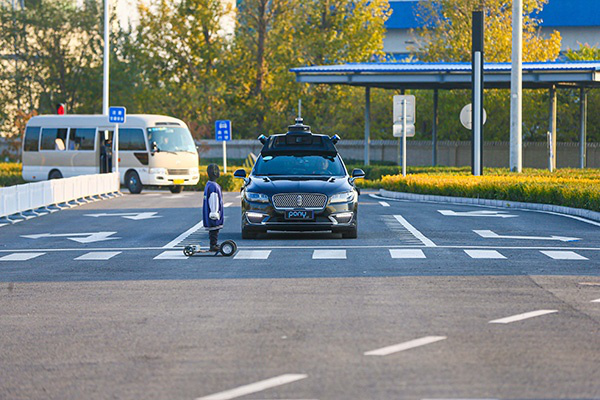 An autopilot car goes through a test at a testing site of the Beijing Economic-Technological Development Area (BDA). (Photo from the official website of the BDA)

A demonstration zone for boosting the development of intelligent connected vehicles (ICVs) was recently approved in Beijing.

In the demonstration zone, autopilot vehicles are allowed to be running on highways for testing, and unmanned delivery vehicles are also permitted to hit the road. The demonstration zone encourages charged commercial services offered by unmanned vehicles, and supports mutual recognition of ICV test results achieved in different parts of the country.

The demonstration zone was jointly planned by the Beijing Municipal Bureau of Economy and Information Technology (BMBEIT) and the Beijing Economic-Technological Development Area (BDA), and approved by municipal authorities on April 10, aiming to nurture a sound business environment for relevant enterprises in the Chinese capital.

According to him, when autopilot vehicles are proved to be safe and free from accidents throughout the tests, the safety supervisors, who are mostly on the driver's seats to take over the vehicle in case of emergencies, will be gradually sitting in the front passenger seats and then the backseats. Finally, the vehicles will be left fully unattended, he said. 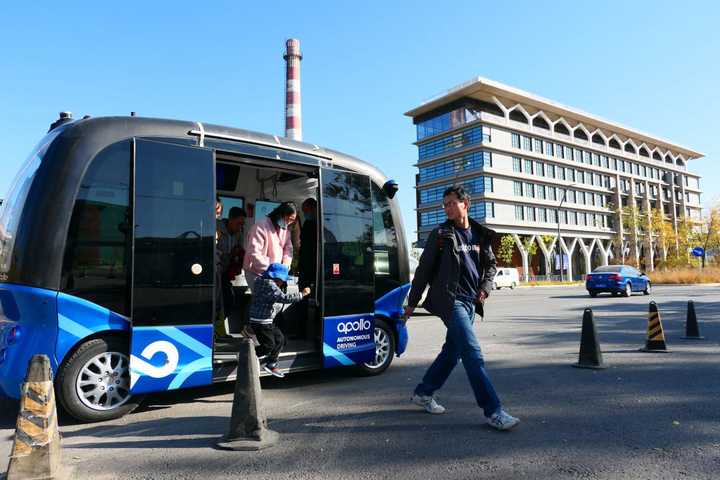 Photo taken Nov. 1, 2020, shows visitors get around at the Shougang Park in Beijing via a self-driving bus. (Photo by He Luqi/People's Daily Online)

So far, Beijing has opened up 200 roads, which extend a total of 699.58 kilometers, for autopilot tests. The safety test distance exceeded 2.68 million kilometers.

According to the implementation plan, Beijing will gradually open up six expressways and freeways with a total length of 143 kilometers in the city accordingly for large-scale testing of autopilot vehicles, so as to speed up the application of autopilot under different scenarios, including trunk highway logistics, Kong said.

Jiang Guangzhi, deputy director of the BMBEIT, pointed out that the pilot zone is the first one in China centering on the innovation of management policies. It has systematically established a policy mechanism for road testing, demonstration applications, commercial operation services, and roadside infrastructure construction and operation of ICVs. Beijing intends to adopt a step-by-step approach to expand new application scenarios of autonomous vehicles, such as retail and security, and ensure comprehensive commercial use of such vehicles, which Kong believes can help foster new products and business forms for future-oriented unattended economy.

The pilot zone will also make a plan to support mutual recognition of ICV test results achieved in different parts of the country, in an attempt to better facilitate enterprises, improve test efficiency and reduce test cost.

The EPL table after Liverpool won 2-1, and Everton lost 0-1 today.