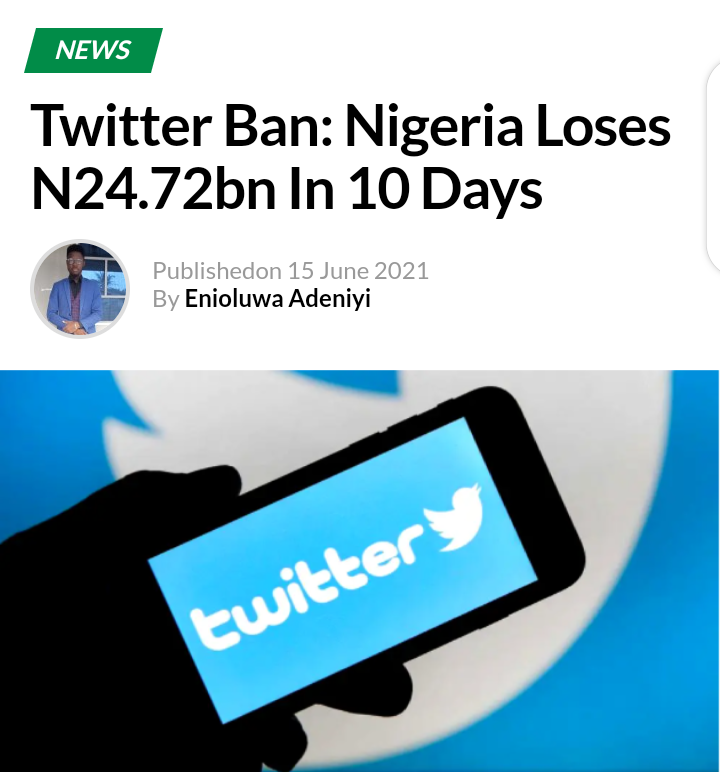 According to NetBlocks Cost of Shutdown Tool, the federal government loses N102.9m ($250,600) every hour to the ban.

Recall that the Minister of Information and Culture, Lai Mohammed had cited ‘the persistent use of the platform for activities that are capable of undermining Nigeria’s corporate existence as the reason for the suspension. A report released by Statista disclosed that Nigeria about 33 million active social media users, with about 26 per cent on Twitter.

The Director-General of the Nigerian Association of Chambers of Commerce, Industry, Mines, and Agriculture, Ayoola Olukanni, when asked whats the effect of the ban on Nigeria said, “Communication is a significant part of sales and marketing in this digital age. Consequently, the Twitter ban will likely impact negatively and disrupt businesses especially Micro, Small and Medium Enterprises who rely on social media, such as Facebook, Instagram including Twitter to conduct business.” 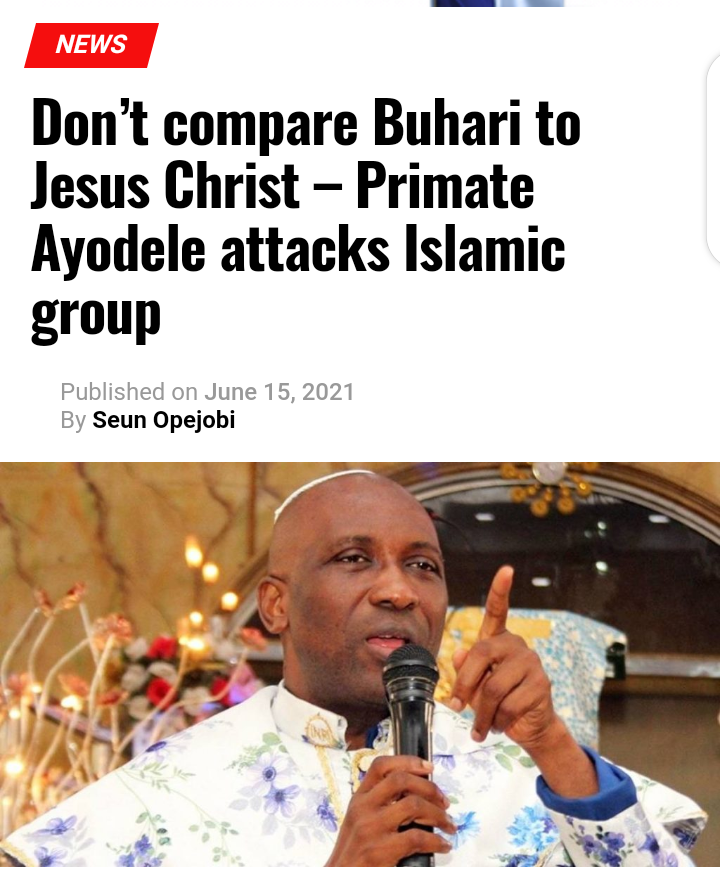 Leader Of INRI Evangelical Spiritual Church, Primate Elijah Ayodele has reacted to the statement by the Islamic human rights group, the Muslim Rights Concern (MURIC) concerning June 12 protesters.MURIC, in a statement, compared President Muhammadu Buhari to Jesus, while explaining that the protesters are ungrateful to the President for honouring MKO Abiola with the recognition of June 12 as Democracy day. 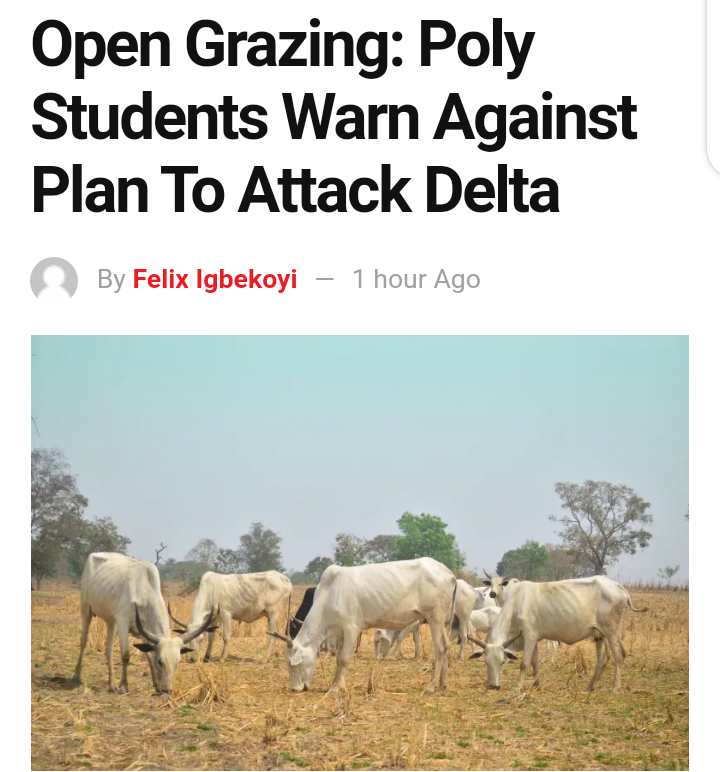 National Association of Polytechnic Students (NAPS) has asked President Muhammadu Buhari to address the alleged Fulani jihadists’ threat to attack Delta State because of Governor Ifeanyi Okowa’s opposition to open grazing. In an open letter to President Buhari by NAPS Senate president, Comrade Emeka Rex, the students warned that they would be forced to shut down all campuses in the country if Buhari failed to address the alleged threat within seven days.

The students leader frowned at the threat because of the ban on open grazing in Delta, saying “on this note, the NAPS senate leadership issue a seven-day ultimatum for Your Excellency to rise to the occasion and address this particular threat by the Fulani Jihadist to avoid security breach and unforeseen unrest on or before Monday 21st of June 2021.” 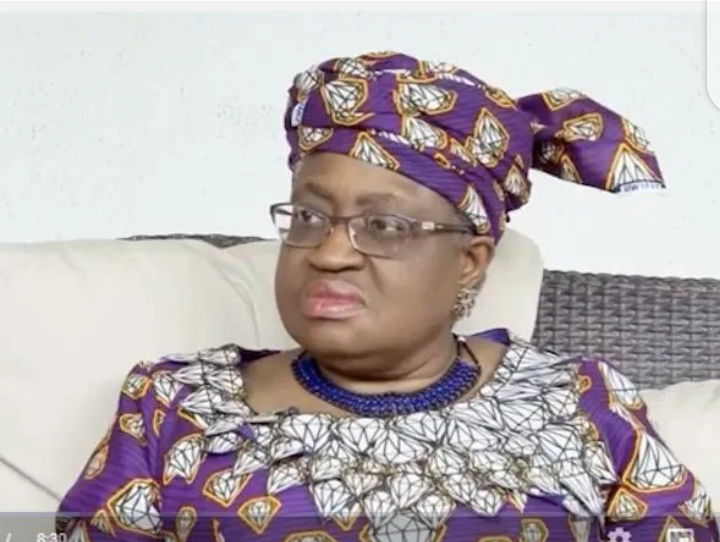 She urged member states to drop them, as WTO intensified efforts to reach a deal on vaccine-sharing.

“The trend is going in the wrong direction,” WTO Director General Okonjo-Iweala told a virtual U.N. forum, referring to barriers on goods trade related to the pandemic.

“We need to bring those restrictions down so we can move … medical goods and supplies and vaccines (faster).”

Soyinka to Buhari: Nigeria may not celebrate another Democracy Day. 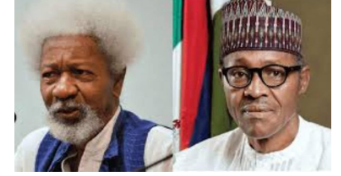 Nobel Laureate, Prof Wole Soyinka, has said Nigeria may not celebrate another Democracy Day next year if President Muhammadu Buhari fails to listen to all different agitations and initiatives around him.

Soyinka stated this in an interview on Arise TV on Monday.

The Nobel Laureate also warned that Nigeria will not stay together if the president does not quickly decentralise the country.

He said: “On this so-called democracy, we are embarking on a nose-dive or what I will describe as suicide drive and Buhari needs to listen to all different agitations and initiatives which are taking place around him. 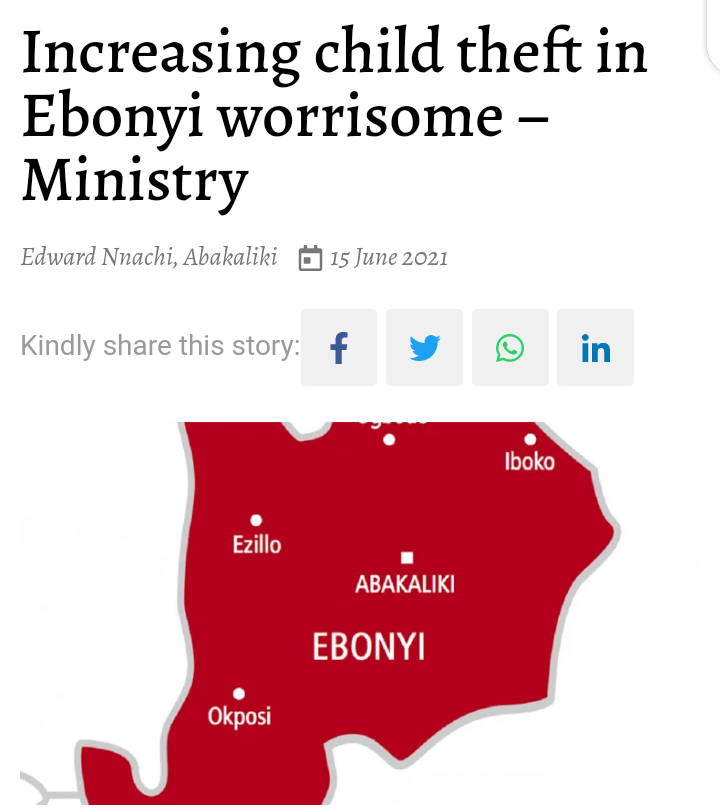 The Desk Officer of the Child Rights Abuse/Trafficking Unit in the Ebonyi State Ministry of Justice and Social Development, Mrs Ijeoma Ajah-Nwachukwu, on Monday, lamented the increasing rate of child theft and violence against women, girls and children in the state.

According to her, over 22 cases of child stealing were recorded between 2020 and 2021, adding that the ugly trend was on the rise in the state.

Ajah-Nwachukwu spoke at a four-day media dialogue, themed, ‘Ethical Reporting and Advocacy to Eliminate Violence Against Women and Girls for Ebonyi and Cross States.’ 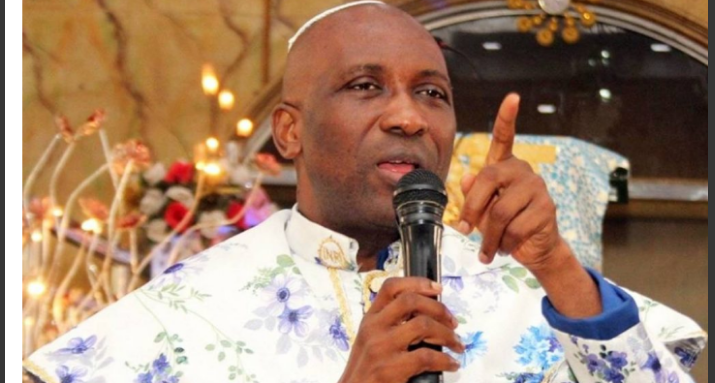