By FrankChukwu (self media writer) | 2 months ago

The 20th century introduced the use of technology innovation in almost every sector of the economy. Enhance connectivity among similar sectors and allow easy communication while transacting business or performing other activities. 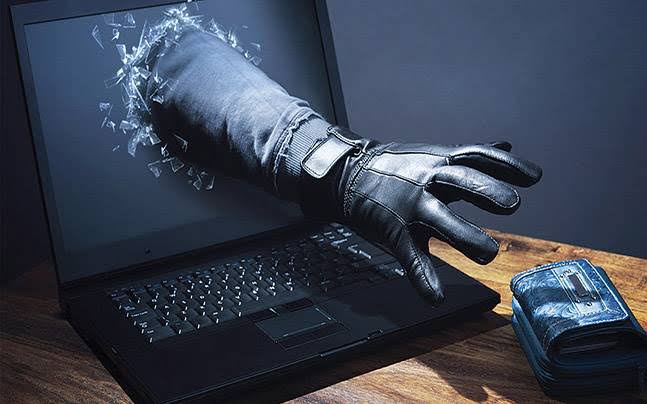 As cyber space deals with a wide-area network, it is overcrowded with cyber activities. This has also attracted cyber-criminals or unauthorized intruders of all kinds who loiter around it, waiting to attack their victims.

Cybercrime is targeted on the victim’s computer with the intention of spreading malware, obtaining illegal information, and gaining unauthorized access to make a profit or steal vital information from victims.

Online victims of cyber-attacks usually suffer from emotional trauma, which in most cases leads to depression, acute stress disorder (ASD).

In the most psychological cases, victims of a cyber-attack feel they are to be blamed for the attack, they prefer not to involve anyone or preferably handle the situation themselves. Other impacts are isolation and drug abuse.

Cyber-attack has grown beyond the attack on data, information, and devices, to the attack that affects physical structure. These physical attacks are targeted at critical infrastructure (like taking down the power grid), medical facilities, and financial institutions.

A literal example could be when the location of a cyber-attack victim is tracked without his or her consent using his or her smartphone, Google map.

The advent of social media has easily spread the awareness of cybercrime among the youth in Nigeria. This has drastically increased the quest for participation in cybercrime, having seen the lavish lifestyle fluent on social media, clubs, and other social gatherings not knowing the danger behind this wealth.

Some youth go as far as withdrawing from school to join the pyramid of cyber-criminals. What this means is, like in the Dton story, youths are recruited, trained, and mentored by the godfather.

The common negative effects Cybercrime has generally are revenue losses, disruption of business, profit pilferage, and welfare losses. In most cases, affected stakeholders don’t have records of losses encountered or, let's say, conceal losses information, projecting loses based on assumptions. Million to billions of naira are lost to cybercrime every year, but stakeholders prefer to count it as the cost of running the business, a tradeoff for the benefit of the business, and trade value, for continuity.

WAYS TO CURB NIGERIAN YOUTHS FROM INVOLVING IN CYBERCRIME

- Enabling Cyber Law or policy: The government should enact stringent laws that reduce youths’ participation in cybercrime, what we have presently is weak.

- Upgrade to high-tech and sophisticated hardware: The nation needs to introduce the use of forensic intelligence to enhance the technique to tackle cybercrime, which includes high-security gadgets.

- Parental guidance and good societal value: A good up-bringing begins from teaching family values by parents and guidance. Parents should stand as a good role model to their children.

- Creation of job opportunity: The idle mind they say is the devil workshop (the popular local quote). This might be the major reason why youths engage in crime. If they get busy, the possibility of curbing cybercrime is high.