The 5 Areas That PSG Still Need To Improve, Despite Their Victory Against Man City.

The Parisians still have work to do despite their victory against City.

Winners of Manchester City, in European champion, this Tuesday (2-0) during the second day of the Champions League, PSG has offered a prestigious success. The Parisians, however, have areas in which they still need to improve to become a formidable team. 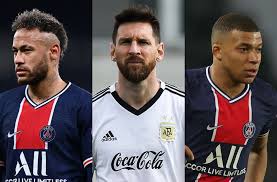 Expected at the turn for weeks, the star trio of Paris Saint-Germain Messi-Neymar-Mbappé has finally shown their talents.

The three friends tried to combine together against Manchester City, As usual, Neymar has often won, with more or less success.

Mbappé has several times tried to put on Messi. This is how the crack of Bondy allowed the Pulga to score his first goal under the Parisian colors, a deviation of the foot in the race of the Argentinian.

However, there is still a lot of work to be done in the Avengers. They must be able to find each other more easily and find consistency together.

2. Better manage your phases of possession 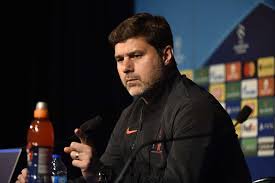 This is a fairly recurrent observation in the Champions League, but Paris is struggling to manage its phases of possession in the queen of competitions.

Against a team like City which monopolizes the ball so much, Paris was expected to run after leather.

The Parisians achieved this thanks to Gueye, monstrous on Tuesday, and Verratti. However, the vice-champions of France very often gave the ball back in the wake of the English who were able to start the attack.

It is on this aspect that the men of Pochettino must work. Keeping the ball longer will allow them to defend less and better protect themselves physically. 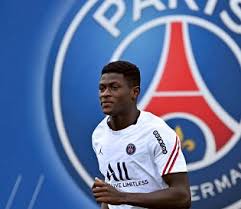 For his big first in Champion league match at only 19 years old, Nuno Mendes made a correct copy.

The Portuguese nugget of Sporting CP, however, took a little water against the hooks of Riyad Mahrez on Tuesday.

The Lusitanian being a naturally offensive side, making efforts in defense is not innate for him, and it has been seen.

Paris was thus pierced several times on its left side and the young Portuguese had to be supported by Gueye in the second curtain to contain the Algerian. Hakimi managed his depth better than Mendes.

4. Be less dependent on Verratti 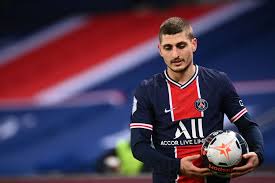 Another glaring observation for Paris. there is a PSG with and without Marco Verratti.

Injured to the knee in September, the little owl has returned to the lawn of the Parc des Princes against Manchester City.

In his garden, the European champion ate the middle of City with Gueye and reminded everyone who is the boss in the midfield.

Without him, Paris is not the same team. The difference is far too obvious. The Parisians must manage to get the ball out as cleanly without Verratti.

No small feat when you see the touch of the ball of the Italian, but with Wijnaldum, Paris has another player with a silky touch in the middle.

5. Have a style, a well-defined game plan 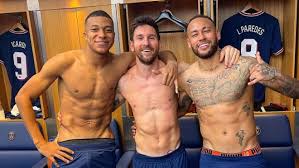 Paris does not yet know on which foot to dance this season. In fact, PSG is leader of Ligue 1 with an 8 out of 8 (24 pts) and has just won against Manchester City in champion league.

However, the Ile-de-France club offers very little play. Paris, however, has specialists at each position of its eleven, further strengthened this summer, but the chemistry has not taken hold.

It is clear that the different tactical systems of Mauricio Pochettino do not give satisfaction in the content, although the Parisians win their championship matches, sometimes on the wire.

Paris must find a playing identity and try to stick to it to give themselves confidence on the pitch.