By Niceguy (self media writer) | 16 days ago

Will it be victory's grandeur or defeat's crushing disappointment? Jesse Lingard has seen it everything as a professional player. 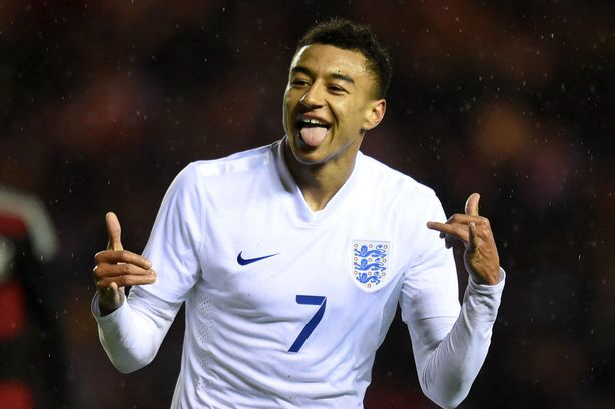 Now he wants to do it again, but this time in the digital world rather than the real one.

The Manchester United and England footballer has purchased a Rainbow Six Siege team and renamed it JLINGZ esports in order to participate in competitive gaming.

He tells Radio 1 Newsbeat, "I've been following esports for a long time and now it's the perfect time to dig in."

The squad will play in the UK and Ireland Nationals Second Division next season, hoping to make a name for itself in the tactical first-person shooter genre.

Jesse admits, "I've always tried to keep my mind active outside of sports."

"I have my own clothing business because I enjoy fashion, but I've also always enjoyed gaming."

"The esports sector is huge right now, and a lot of people want to get involved, and I can't wait to assist my team flourish."

While not as well-known as the top three esports titles League of Legends, Dota 2, and Counter-Strike: Global Offensive, Rainbow Six Siege has a sizable player base, with more than 70 million registered players worldwide.

Jesse confesses that he's new to the game, having grown up playing FIFA and Call of Duty, but he doesn't believe that will prevent him from assisting.

"Rainbow Six Siege is a tactical game, but it reminds me of football in some ways."

"To get results, you need to stick together as a team and work hard."

Jesse will be in control of the team's roster and coaching.

"I'll always support my staff through the ups and downs, and I'm always here for guidance!" Jesse laughs when asked if he'll be a difficult boss to work for.

“The parallels and overlap with football are incredible.

"Any squad must work hard in practice, believe in themselves, and ensure that everyone understands what they've been practicing for on game day – because esports, like football, can be mentally demanding."

Jesse has his sights set on moving up from the second division.

"I'm delighted with the team I've got," he says.

"We're now in the Second Division, but we've set our sights on qualifying for the Premiership in the near future, and I'm confident that we can accomplish it!"