By FootballPalavaNAIJA (self meida writer) | 15 days

There's one thing that distinguishes Twitter from other social media apps and that is the ability to detect the phone one uses when tweeting. It's a special feature that Twitter users seems to like although some don't care about the phone someone Is using to tweet.

Davido who was in Ghana for a while now posted that he is coming back to Nigeria and the picture shows him with an infinix device on his laps (Note 8) but he's tweet was indicating that he was tweeting with an iPhone. 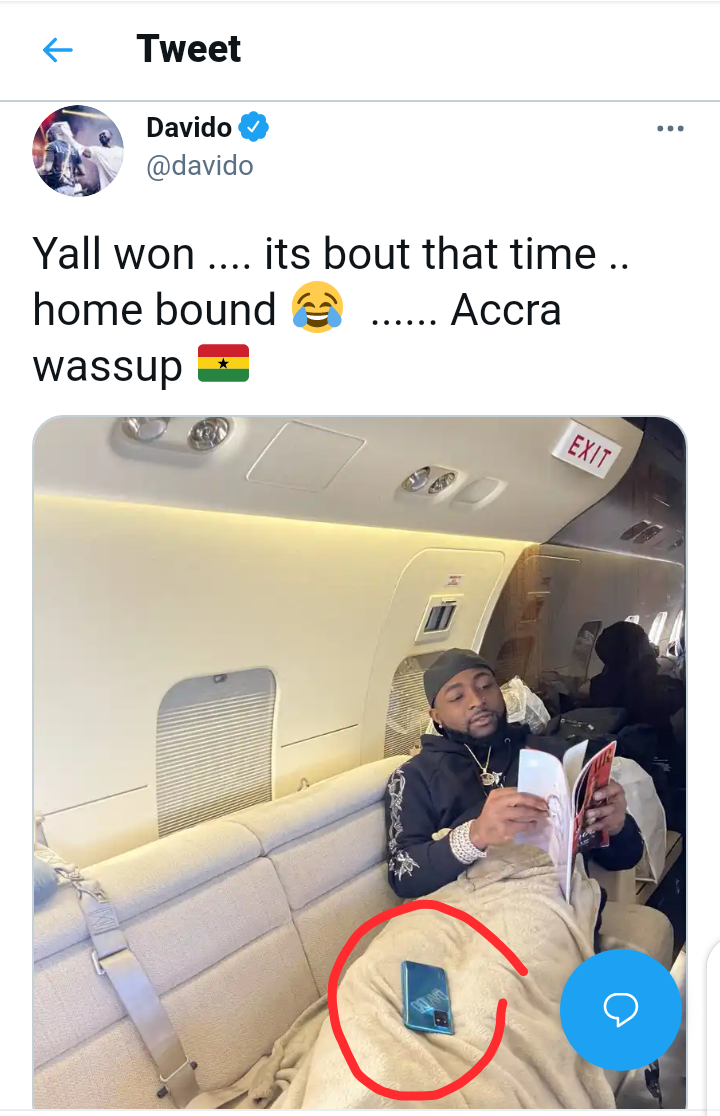 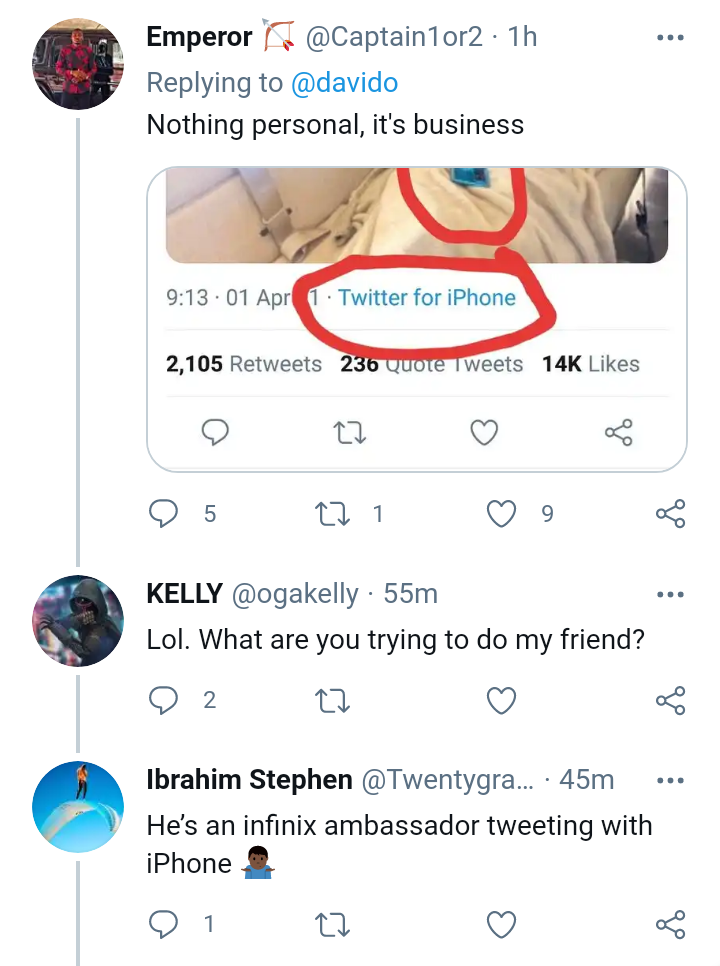 This made fans to comment on the picture and wonder why he's tweeting with an iPhone whereas he is showing an infinix device. However, it is understood that Davido is an infinix brand ambassador and hence trying to promote the device but he should have tweeted with the Android device to prove his point.

Content created and supplied by: FootballPalavaNAIJA (via Opera News )

REPORTS: Transfer Blow For Arsenal As Target Says He Is Happy At His Club

After a lady mistakenly sent 450k to the wrong person, see the funny reply she got from the person

Cristiano Ronaldo respects Islamic religion despite being a Christian

Ladies, Here Are 4 Things You Should Never Do In A New Relationship

30 Short Gowns Every Woman Can Wear To Church Tomorrow