Reason why you should go into Android Development

By Jboycoded (self media writer) | 1 year ago 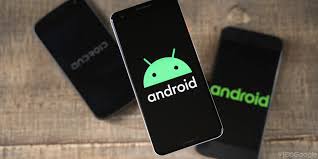 The first thing I will be talking about after a long while is REASONS WHY YOU SHOULD GO INTO ANDROID DEVELOPMENT.

For the Tech Enthusiasts out there among my avid readers, some of you would have studied a language or another, maybe dabbled in a little coding or programming, but haven't really gone into applying the little stuffs to create tangible ideas or creations.

There are many fields to apply the specific language or languages you have learned. They include: Website creation, Software Development, which include developing for IOS, Android or Desktop, and also let's not forget the currently biggest and growing field: AI and ML(Artificial Intelligence and Machine Learning).

Android development specifically is the process by which applications are created for devices running the Android Operating System(Android OS).

So now, I will be giving you reasons why you should go into Android development.

1. OPEN SOURCE: It has a very large open source code base. There are thousands of not millions of Android Developers out there, specifically building apps targeted at the Android OS devices. If you are stuck somewhere while coding, you can just easily search online for help on famous blogs like stack overflow, medium, xfa and so on.

The code base is very large and totally open source.

2. NOT COSTLY TO GET STARTED: If you want to get started with it, it is very easy and not even costly to begin with. The basic things needed are just an android device, a personal computer for coding, and internet connection and then you are good to go. There is no need to pay any fees or whatsoever, Even releasing your apps on store platform is free and there are various alternatives to do so.

3. MANY LANGUAGES TO INTERFACE WITH IT: The Android Operating System has many programming languages that can be used in interfacing with it. It doesn't matter which language you started coding with.

There is python with which Kivy can be used to create apps on it, there is JavaScript which uses React Native, there is native C/C++ with which the NDK can be used, and also the official languages Java and Kotlin with Android Studio or Eclipse.

Recently the most famous platform now, Flutter which uses Dart. Therefore in getting started with Android Development, there is a variety of languages to choose from.

4. HIGH PAYMENT JOBS: Android development is one of the most high paying software development jobs nowadays. With the portability and easy availability of devices using the Android OS, there is just a high paying market for it.

5. IT'S COOL: Last but not the least for today, it is just cool. Yeah, you got that right, IT'S JUST COOL. The smooth usage of the various IDE for Development, easy testing and running of created apps and super duper User Interface, it's totally cool.

That's all for today, I will be posting more articles in days to come. Do me a favour and share, comment or like if you want more similar ones coming in.

You can also comment on your takes or opinions concerning Android Development, and If you want articles on other related topics.

Content created and supplied by: Jboycoded (via Opera News )